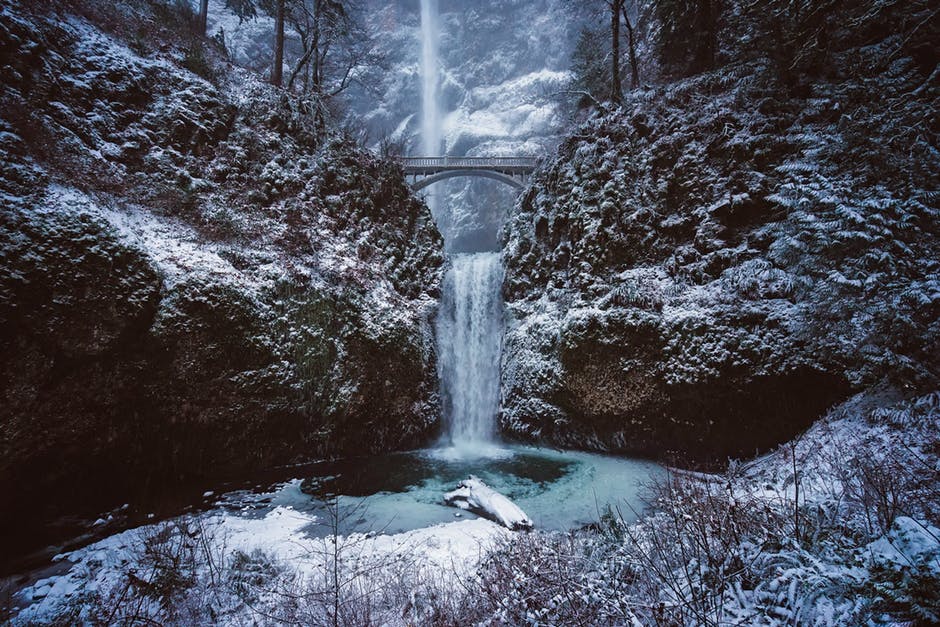 The 10 Best Cities in Oregon for Young Professionals

by Ryan Morris
Best Places For Jobs - 3 years ago

Oregon is a place of opportunity and excitement, a place where you can do pretty much whatever job your heart desires — provided, of course, that you can get your foot into the industry in the first place.

Finding a job is tough enough already, but one of the biggest barriers for entry is typically just having enough experience to get your first job. A lot of employers aren’t willing to take a risk on a new hire with no experience due to their fear that they might not have the time or resources to train them before the individual starts actually being a good investment for the company. While many companies are aware of the value that fresh faces can add to their company, that doesn’t change the fact that it’s a big risk for any company to bring on a new employee. The risk is always there that they’ll turn out to be a dud.

But even if you do manage to get your first big job somewhere, there are other considerations to make. After all, you’re still young (assumedly), so odds are that you’re still going to want a few things like a social life, reasonable housing, affordable groceries — there’s no point in making money if you can’t spend any of it on making yourself happy.

All things considered, deciding where to move can be a tough proposition, especially if you’re not sure which places in your state meet some of these specifications.

This made us wonder: which cities in Oregon were the best places to have your first job? Using data from the American Community Survey, we were able to put together a ranked list of just that.

The full list can be found below, but first, hereâs a quick top ten:

The sharp-eyed among you might have noticed that there are actually 11 entries in our top ten list — that’s because the last two entries, Pendleton and Corvallis, actually tied for the last spot.

The breakdown of our top 10 list can be found below, but first, here’s how we got our information and created our rankings.

We decided to look at how good it was to have an entry level job in the Tar Heel State using the most recently available data â the 2011-2015 American Community Survey data from the US Census. Specifically, we looked at the following information:

Finally, we gave each city a ranking based on each individual piece of criteria, then averaged those rankings together in order to get our final list.

You’ll find our breakdown of the top 10 below.

Median Rent: $752
Median Income: $40,631
Percent of Single People: 72.53%
Average Travel Time to Work: 14 minutes
Why This City?: Madras ranked number 1 in our list thanks in part to its high rate of young, single folks, with 13.83% of its population between the ages of 25-34 and 72.53% of its population remaining unmarried. If you’re a youngster with a new job looking for a place to have a real social life in your twenties, this is your city.

Median Rent: $648
Median Income: $44,038
Percent of Single People: 75.96%
Average Travel Time to Work: 20 minutes
Why This City?: While it’s true that Umatilla isn’t quite as good as Madras as far as their percentage of young people or the average commute time, Umatilla still has a lot of excitement to offer a young college graduate. Umatilla’s high Median Income levels combined with their more reasonable rent levels (compared with Madras) makes the city a great place to start saving some money early on.

Median Rent: $655
Median Income: $36,536
Percent of Single People: 64.28%
Average Travel Time to Work: 12 minutes
Why This City?: La Grande, with its 16.42% rate of residents aged 25-34 along with its 64.28% rate of single residents, might be one of the best cities to look for love — provided of course that you haven’t already realized that all love is a sham and that no one stays together forever and the universe is an uncaring void.

Although in either case, you’ll probably enjoy all the bars that La Grande has to offer.

Median Rent: $718
Median Income: $46,655
Percent of Single People: 64.38%
Average Travel Time to Work: 15 minutes
Why This City?: Hermiston has one of the higher median incomes on our list at $46,655, in addition to a relatively low commute average of only 15 minutes. So although you’ll get to work quick in Hermiston and make some good money doing it, you might find the rent to be a little steeper than you’d like.

Median Rent: $856
Median Income: $49,350
Percent of Single People: 66.17%
Average Travel Time to Work: 15 minutes
Why This City?: While Hood River has one of the highest median incomes of all the cities on our list at $49,350, it unfortunately also has one of the highest median rents at $856. Hood River is one of the more scenic and beautiful areas in Oregon, and all that natural beauty often comes at a steep price as housing prices and more are brought up by vacation househunters and the like. But it’s a small price to pay for access to all the outdoor activities that Hood River provides.

Median Rent: $596
Median Income: $26,512
Percent of Single People: 67.68%
Average Travel Time to Work: 15 minutes
Why This City?: Ontario has a much lower median income compared to Hood River, but Ontario’s median rent is also much lower, which keeps it pretty high up on our list. Plus you can bet that with so many young single folks in town, there’s sure to be some nightlife to take advantage of if you ever get bored.

Median Rent: $877
Median Income: $42,715
Percent of Single People: 67.05%
Average Travel Time to Work: 17 minutes
Why This City?: With a median income of $42,715 and a location just at the south end of the scenic Willamette Valley, Eugene has a lot to offer a recent graduate with a new job. From natural beauty like urban forest and hiking trails to more traditional city offerings like arts and cultural events, Eugene is one of Oregon’s best combinations between outdoors fun and city life.

Median Rent: $735
Median Income: $33,604
Percent of Single People: 64.34%
Average Travel Time to Work: 15 minutes
Why This City?: Taking the 8th spot on our list despite its low median income and relatively high median rent, Klamath Falls still manages to have a pretty low commute time of only 15 minutes along with an impressive 64.34% rate of single residents. Klamath Falls is known as Oregon’s “City of Sunshine” due to the fact that it’s one of the few places in the famously rainy state to get relatively little precipitation — in fact, the city gets around 300 days of sunshine a year, so if you’re headed there make sure to pack a hat.

Median Rent: $648
Median Income: $45,930
Percent of Single People: 62.59%
Average Travel Time to Work: 14 minutes
Why This City?: Pendleton, OR, with its high median income of $45,930 and low average commute time of 14 minutes, is one of two cities on our list to tie for the number 10 spot. Pendleton is well-known for it’s annual Pendleton Round-Up, a rodeo at which young people of the city are sure to congregate.

Median Rent: $850
Median Income: $40,425
Percent of Single People: 69.65%
Average Travel Time to Work: 18 minutes
Why This City?: The second city to tie for the number 10 spot in our top ten, Corvallis’ high median rent is counteracted by its relatively high median income of $40,425. Corvallis is also the home of Oregon State University, which might go a long way toward explaining its high rate of young citizens — if not why nearly 70% of these citizens are still single.

Are you a college student or recent grad trying to apply for jobs? Find out how internships and externships can help you do so, and how to spot the differences between them.

Or are you looking for more articles like this one? Check out which junior colleges in each state are the most likely to get you a job.