Find The Best Aerospace Engineer Jobs For You

An Aerospace Engineer mainly designs, develops, and tests aircraft and spacecraft, such as satellites, rockets, airplanes, and similar vehicles and machines, and often the simulations that teach and replicate these objects' flying.

More specifically, the Aerospace Engineer must figure out how and what a craft must be made out of and how it must look and act to both function optimally while also surviving the harsh elements that one encounters further away from the surface of Earth. This is a field of science that combines maths, manufacturing, biology, chemistry, material and structural analysis, and other specialized subjects all into one.

Generally, a candidate for this position must have at least a Bachelor's degree in aerospace engineering or a similar scientific or space-related field of study. Those hoping to work for government organizations must have a security clearance.

What Does an Aerospace Engineer Do

Aerospace engineers design primarily aircraft, spacecraft, satellites, and missiles. In addition, they test prototypes to make sure that they function according to design.

Aerospace engineers typically do the following:

Aerospace engineers may develop new technologies for use in aviation, defense systems, and spacecraft. They often specialize in areas such as aerodynamic fluid flow; structural design; guidance, navigation, and control; instrumentation and communication; robotics; and propulsion and combustion.

Aerospace engineers can specialize in designing different types of aerospace products, such as commercial and military airplanes and helicopters; remotely piloted aircraft and rotorcraft; spacecraft, including launch vehicles and satellites; and military missiles and rockets.

Aerospace engineers typically specialize in one of two types of engineering: aeronautical or astronautical.

Aeronautical engineers work with aircraft. They are involved primarily in designing aircraft and propulsion systems and in studying the aerodynamic performance of aircraft and construction materials. They work with the theory, technology, and practice of flight within the earth’s atmosphere.

Astronautical engineers work with the science and technology of spacecraft and how they perform inside and outside the earth’s atmosphere.

Aeronautical and astronautical engineers face different environmental and operational issues in designing aircraft and spacecraft. However, the two fields overlap a great deal because they both depend on the basic principles of physics.

How To Become an Aerospace Engineer

Bachelor’s degree programs include classroom, laboratory, and field studies in subjects such as general engineering principles, propulsion, stability and control, structures, mechanics, and aerodynamics, which is the study of how air interacts with moving objects.

At some universities, a student can enroll in a 5-year program that leads to both a bachelor’s degree and a master’s degree upon completion. A graduate degree will allow an engineer to work as an instructor at a university or to do research and development. Programs in aerospace engineering are accredited by ABET.

Analytical skills. Aerospace engineers must be able to identify design elements that may not meet requirements and then must formulate alternatives to improve the performance of those elements.

Critical-thinking skills. Aerospace engineers must be able to translate a set of issues into requirements and to figure out why a particular design does not work. They must be able to ask the right question, then find an acceptable answer.

Math skills. Aerospace engineers use the principles of calculus, trigonometry, and other advanced topics in math for analysis, design, and troubleshooting in their work.

Problem-solving skills. Aerospace engineers use their education and experience to upgrade designs and troubleshoot problems when meeting new demands for aircraft, such as increased fuel efficiency or improved safety.

Writing skills. Aerospace engineers must be able both to write papers that explain their designs clearly and to create documentation for future reference.

Licensure is not required for entry-level positions as an aerospace engineer. A Professional Engineering (PE) license, which allows for higher levels of leadership and independence, can be acquired later in one’s career. Licensed engineers are called professional engineers (PEs). A PE can oversee the work of other engineers, sign off on projects, and provide services directly to the public. State licensure generally requires:

The initial FE exam can be taken after one earns a bachelor’s degree. Engineers who pass this exam are commonly called engineers in training (EITs) or engineer interns (EIs). After meeting work experience requirements, EITs and EIs can take the second exam, called the Principles and Practice of Engineering.

Eventually, aerospace engineers may advance to become technical specialists or to supervise a team of engineers and technicians. Some may even become engineering managers or move into executive positions, such as program managers.

As you move along in your career, you may start taking on more responsibilities or notice that you've taken on a leadership role. Using our career map, an aerospace engineer can determine their career goals through the career progression. For example, they could start out with a role such as systems engineer, progress to a title such as engineer and then eventually end up with the title manufacturing engineering manager.

Average Salary for an Aerospace Engineer

Top Skills For an Aerospace Engineer

The skills section on your resume can be almost as important as the experience section, so you want it to be an accurate portrayal of what you can do. Luckily, we've found all of the skills you'll need so even if you don't have these skills yet, you know what you need to work on. Out of all the resumes we looked through, 16.2% of aerospace engineers listed clearance on their resume, but soft skills such as analytical skills and business skills are important as well.

Best States For an Aerospace Engineer

Some places are better than others when it comes to starting a career as an aerospace engineer. The best states for people in this position are Washington, Maryland, California, and Virginia. Aerospace engineers make the most in Washington with an average salary of $112,658. Whereas in Maryland and California, they would average $100,590 and $100,573, respectively. While aerospace engineers would only make an average of $98,683 in Virginia, you would still make more there than in the rest of the country. We determined these as the best states based on job availability and pay. By finding the median salary, cost of living, and using the Bureau of Labor Statistics' Location Quotient, we narrowed down our list of states to these four.

Total Aerospace Engineer Jobs:
606
Highest 10% Earn:
$165,000
Location Quotient:
1.38
Location Quotient is a measure used by the Bureau of Labor Statistics (BLS) to determine how concentrated a certain industry is in a single state compared to the nation as a whole. You can read more about how BLS calculates location quotients here

Total Aerospace Engineer Jobs:
1,037
Highest 10% Earn:
$146,000
Location Quotient:
1.83
Location Quotient is a measure used by the Bureau of Labor Statistics (BLS) to determine how concentrated a certain industry is in a single state compared to the nation as a whole. You can read more about how BLS calculates location quotients here

Total Aerospace Engineer Jobs:
240
Highest 10% Earn:
$158,000
Location Quotient:
2.38
Location Quotient is a measure used by the Bureau of Labor Statistics (BLS) to determine how concentrated a certain industry is in a single state compared to the nation as a whole. You can read more about how BLS calculates location quotients here

How Do Aerospace Engineer Rate Their Jobs?

The freight operators are the best choice as they are all expanding and hiring-FedEx, UPS, Atlas, Southern Air, etc. Someone who has just graduated will probably not have the flight experience yet to be hired as a pilot (unless they had considerable experience and returned to finish college). Still, there are many opportunities in non-flight positions. There are also job opportunities for the feeder aircraft for the larger operators.

For those who are in non-flight positions, there are also opportunities. Both FedEx and UPS employ many engineers, for example. Also, there are defense industry job positions that graduates should consider.Show more

Do you want to be aeronautical engineer? 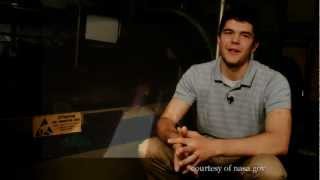 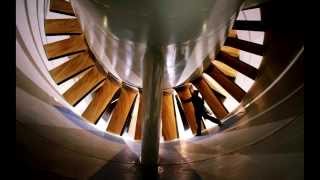 Aerospace Engineers -- What is it?