Afognak Native Corporation, through its subsidiaries, provides contract services to the federal government (DOD, FEMA, USCG, U.S. Navy, U.S. Air Force, and other government agencies) in the areas of construction, security, logistics, maintenance, information technology, and technical services. It also offers subcontracting services. It owns and manages land in the Kodiak Archipelago, primarily on Afognak Island. The company was formerly known as Natives of Afognak, Inc. and changed its name to Afognak Native Corporation in December 1977. Afognak Native Corporation was incorporated in 1973 and is based in Kodiak, Alaska with an additional office in Anchorage, Alaska.
Afognak has been around for a long time. It was founded back in 1973. This established company loves to hire graduates from University of Alaska Anchorage, with 18.2% of its employees having attended University of Alaska Anchorage. Afognak is a great place to work and is featured as number 2 on Zippia's list of Best Companies to Work for in Kodiak, AK.
Based in Alaska, Afognak is a key player in the professional industry with 7,500 employees and an annual revenue of $1.8B.

To optimize financial benefits, land use and preserve our culture for the well-being of our shareholders.

Perks of Working at Afognak

Do you work at Afognak? Rate Afognak as an Employer.

The Team At Afognak

The Inside Scoop
Afognak has been in the industry since 1973. Through its subsidiaries, Afognak provides contract services to the federal government such as DOD, FEMA, USCG, US navy, air force, and other government agencies in the areas of construction, security, logistics, maintenance, information technology, and technical fields. Afognak represents and serves over 1,000 plus shareholders who are descended from the Village of Afognak.
Show More

Afognak is ranked #38 on the Best Companies to Work For in Alaska list. Zippia's Best Places to Work lists provide unbiased, data-based evaluations of companies. Rankings are based on government and proprietary data on salaries, company financial health, and employee diversity.

8.2
Diversity Score
We calculated the diversity score of companies by measuring multiple factors, including the ethnic background, gender identity, and language skills of their workforce.

Do you Work At Afognak? 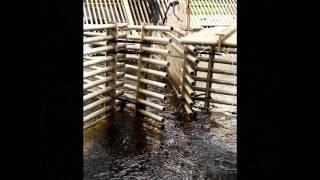 How Would You Rate The Company Culture Of Afognak?

Have you worked at Afognak? Help other job seekers by rating Afognak.

Subsidiaries to Afognak include Alutiiq. Employees at the parent company, Afognak, earn $51,130 whereas employees at Alutiiq earn $43,763, on average.
Company

When was Afognak founded?

How many Employees does Afognak have?

How much money does Afognak make?

Afognak generates $1.8B in revenue.

What industry is Afognak in?

Afognak is in the program development industry.

Afognak's mission statement is "To optimize financial benefits, land use and preserve our culture for the well-being of our shareholders."

What type of company is Afognak?

Afognak is a private company.

Who works at Afognak?

Are You An Executive, HR Leader, Or Brand Manager At Afognak?

Zippia gives an in-depth look into the details of Afognak, including salaries, political affiliations, employee data, and more, in order to inform job seekers about Afognak. The employee data is based on information from people who have self-reported their past or current employments at Afognak. The data on this page is also based on data sources collected from public and open data sources on the Internet and other locations, as well as proprietary data we licensed from other companies. Sources of data may include, but are not limited to, the BLS, company filings, estimates based on those filings, H1B filings, and other public and private datasets. While we have made attempts to ensure that the information displayed are correct, Zippia is not responsible for any errors or omissions or for the results obtained from the use of this information. None of the information on this page has been provided or approved by Afognak. The data presented on this page does not represent the view of Afognak and its employees or that of Zippia.