How to Become an Agent

What is an Agent

So long to the days of claiming you don't know where you want to go for lunch because, as an agent, you have a lot of decision-making power in your hands. Be prepared to use it.

Agents help clients by acting as their liasion. They negotiate terms of contracts, particularly on a financial level. The more money you make your client, the more money you'll be able to collect. So you'll want to work on your negotiation and persuasion skills.

Agents work in a variety of industries, so you can have your pick of opportunities. Some work in the entertainment industry, while others are in the financial scene. Wherever you end up, you'll most likely be working a full-time job. Although, some client meetings can be done outside of normal work hours. This means you might want to prepare yourself for some late nights.

What Does an Agent Do

There are certain skills that many agents have in order to accomplish their responsibilities. By taking a look through resumes, we were able to narrow down the most common skills for a person in this position. We discovered that a lot of resumes listed detail oriented, math skills and analytical skills.

Learn more about what an Agent does

How To Become an Agent

If you're interested in becoming an agent, one of the first things to consider is how much education you need. We've determined that 44.3% of agents have a bachelor's degree. In terms of higher education levels, we found that 4.8% of agents have master's degrees. Even though some agents have a college degree, it's possible to become one with only a high school degree or GED.

You may find that experience in other jobs will help you become an agent. In fact, many agent jobs require experience in a role such as cashier. Meanwhile, many agents also have previous career experience in roles such as customer service representative or sales associate.

As you move along in your career, you may start taking on more responsibilities or notice that you've taken on a leadership role. Using our career map, an agent can determine their career goals through the career progression. For example, they could start out with a role such as security officer, progress to a title such as specialist and then eventually end up with the title regional sales manager.

Our resume builder tool will walk you through the process of creating a stand-out Agent resume.

Average Salary for an Agent

Agents in America make an average salary of $35,013 per year or $17 per hour. The top 10 percent makes over $60,000 per year, while the bottom 10 percent under $20,000 per year.
Average Salary
$35,013
Find Your Salary Estimate
How much should you be earning as an Agent? Use Zippia's Salary Calculator to get an estimation of how much you should be earning.
See More Salary Information

Designing and figuring out what to include on your resume can be tough, not to mention time-consuming. That's why we put together a guide that is designed to help you craft the perfect resume for becoming an Agent. If you're needing extra inspiration, take a look through our selection of templates that are specific to your job.

Learn How To Write an Agent Resume

At Zippia, we went through countless Agent resumes and compiled some information about how to optimize them. Here are some suggestions based on what we found, divided by the individual sections of the resume itself.

Find the best Agent job for you

Our resume builder tool will walk you through the process of creating a stand-out Agent resume.

8. University of Louisiana at Lafayette

Find the best Agent job for you

Top Skills For an Agent

The skills section on your resume can be almost as important as the experience section, so you want it to be an accurate portrayal of what you can do. Luckily, we've found all of the skills you'll need so even if you don't have these skills yet, you know what you need to work on. Out of all the resumes we looked through, 13.5% of agents listed life insurance on their resume, but soft skills such as detail oriented and math skills are important as well.

Build a professional agent resume in minutes. Browse through our resume examples to identify the best way to word your resume. Then choose from 12+ resume templates to create your agent resume.

Best States For an Agent

Some places are better than others when it comes to starting a career as an agent. The best states for people in this position are Alabama, New York, California, and North Dakota. Agents make the most in Alabama with an average salary of $51,318. Whereas in New York and California, they would average $48,821 and $44,039, respectively. While agents would only make an average of $43,269 in North Dakota, you would still make more there than in the rest of the country. We determined these as the best states based on job availability and pay. By finding the median salary, cost of living, and using the Bureau of Labor Statistics' Location Quotient, we narrowed down our list of states to these four.

Total Agent Jobs:
978
Highest 10% Earn:
$102,000
Location Quotient:
1.09
Location Quotient is a measure used by the Bureau of Labor Statistics (BLS) to determine how concentrated a certain industry is in a single state compared to the nation as a whole. You can read more about how BLS calculates location quotients here

Total Agent Jobs:
1,217
Highest 10% Earn:
$71,000
Location Quotient:
1.65
Location Quotient is a measure used by the Bureau of Labor Statistics (BLS) to determine how concentrated a certain industry is in a single state compared to the nation as a whole. You can read more about how BLS calculates location quotients here

Total Agent Jobs:
1,341
Highest 10% Earn:
$73,000
Location Quotient:
1.79
Location Quotient is a measure used by the Bureau of Labor Statistics (BLS) to determine how concentrated a certain industry is in a single state compared to the nation as a whole. You can read more about how BLS calculates location quotients here

How Do Agent Rate Their Jobs?

What do you like the most about working as Agent?

We've made finding a great employer to work for easy by doing the hard work for you. We looked into employers that employ agents and discovered their number of agent opportunities and average salary. Through our research, we concluded that New York Life Insurance Company was the best, especially with an average salary of $34,545. Aflac follows up with an average salary of $34,911, and then comes Teleperformance with an average of $28,257. In addition, we know most people would rather work from home. So instead of having to change careers, we identified the best employers for remote work as an agent. The employers include Carnival Cruise Line, Adventist Health System, and Apex Systems

What Does A Special Agent Do? 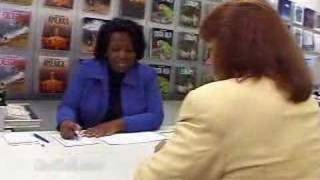 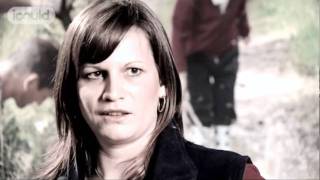