Find The Best Aircraft Cleaner Jobs For You

An aircraft cleaner doesn't just walk around the cockpit and aircraft aisles with a vacuum in one hand and a duster in the other. If you're interested in aircraft, you'll quickly find that an aircraft cleaner is one of the most appreciated positions on the runway.

Aircraft cleaners keep the aircraft up to standard by maintaining the interior and exterior according to protocol. While they are responsible for keeping the cabin and cockpit cleaned and disinfected, they take care of washing the exterior, stocking the plane's materials, and even help the runway crew with baggage, utilities, and more. The aircraft cleaning team needs to have effective and clear communication in order to prepare the aircraft in a timely manner, keeping their job at a fast and effective pace.

Aircraft cleaners may be required to have a bachelor's degree or certification in some field of aircraft maintenance, but some positions may take applicants with a high school diploma/GED. Their primary focus will be on experience in a similar field. This is typically an hourly position earning, on average, $13 per hour.

There is more than meets the eye when it comes to being an aircraft cleaner. For example, did you know that they make an average of $12.75 an hour? That's $26,512 a year!

What Does an Aircraft Cleaner Do

There are certain skills that many aircraft cleaners have in order to accomplish their responsibilities. By taking a look through resumes, we were able to narrow down the most common skills for a person in this position. We discovered that a lot of resumes listed customer-service skills, hand–eye coordination and listening skills.

When it comes to searching for a job, many search for a key term or phrase. Instead, it might be more helpful to search by industry, as you might be missing jobs that you never thought about in industries that you didn't even think offered positions related to the aircraft cleaner job title. But what industry to start with? Most aircraft cleaners actually find jobs in the transportation and manufacturing industries.

How To Become an Aircraft Cleaner

Average Salary for an Aircraft Cleaner

Aircraft Cleaners in America make an average salary of $26,512 per year or $13 per hour. The top 10 percent makes over $36,000 per year, while the bottom 10 percent under $19,000 per year.
Average Salary
$26,512
Find Your Salary Estimate
How much should you be earning as an Architect? Use Zippia's Salary Calculator to get an estimation of how much you should be earning.

Online Courses For Aircraft Cleaner That You May Like

Three people died after the crash landing of an Asiana Airlines aircraft from Seoul, Korea, at San Fransisco International Airport (SFO) on July 6, 2013. The American National Transportation Safety Board (NTSB) established that the crash most probably was caused by the flight crew's (in)actions. Three teenage girls lost their lives; two in the airplane and another was accidentally run over by a firetruck. The human factor is often cause for accidents. NTSB and others report that more than 50 per...

Sustainable aviation is a key area for climate action. In this course, we will take you through the technologies and other innovations of recent years and promising future developments in the field. We will start from the basics of how aircraft fly and how they impact the environment. You will gain present-day knowledge of technical solutions and possibilities of modern engineering to make aviation more sustainable. Next, we will discuss solutions. you will learn about alternative propulsion...

Top Skills For an Aircraft Cleaner

The skills section on your resume can be almost as important as the experience section, so you want it to be an accurate portrayal of what you can do. Luckily, we've found all of the skills you'll need so even if you don't have these skills yet, you know what you need to work on. Out of all the resumes we looked through, 21.6% of aircraft cleaners listed service aircraft on their resume, but soft skills such as customer-service skills and hand–eye coordination are important as well.

Best States For an Aircraft Cleaner

Some places are better than others when it comes to starting a career as an aircraft cleaner. The best states for people in this position are Massachusetts, New Hampshire, Hawaii, and Rhode Island. Aircraft cleaners make the most in Massachusetts with an average salary of $36,163. Whereas in New Hampshire and Hawaii, they would average $33,592 and $33,415, respectively. While aircraft cleaners would only make an average of $32,461 in Rhode Island, you would still make more there than in the rest of the country. We determined these as the best states based on job availability and pay. By finding the median salary, cost of living, and using the Bureau of Labor Statistics' Location Quotient, we narrowed down our list of states to these four.

Total Aircraft Cleaner Jobs:
71
Highest 10% Earn:
$45,000
Location Quotient:
1.78
Location Quotient is a measure used by the Bureau of Labor Statistics (BLS) to determine how concentrated a certain industry is in a single state compared to the nation as a whole. You can read more about how BLS calculates location quotients here

Total Aircraft Cleaner Jobs:
52
Highest 10% Earn:
$49,000
Location Quotient:
0.9
Location Quotient is a measure used by the Bureau of Labor Statistics (BLS) to determine how concentrated a certain industry is in a single state compared to the nation as a whole. You can read more about how BLS calculates location quotients here

Total Aircraft Cleaner Jobs:
180
Highest 10% Earn:
$39,000
Location Quotient:
1.04
Location Quotient is a measure used by the Bureau of Labor Statistics (BLS) to determine how concentrated a certain industry is in a single state compared to the nation as a whole. You can read more about how BLS calculates location quotients here

How Do Aircraft Cleaner Rate Their Jobs? 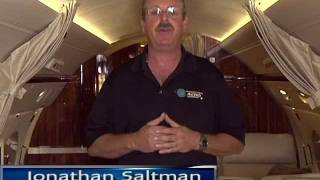 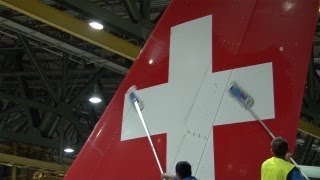 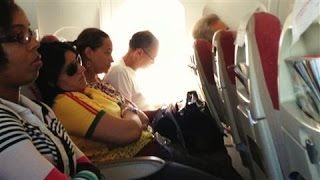 How Do Airplanes Get Cleaned?