The Culture At AIG

Information provided by the company
Ours is an important calling, where the promises we make directly impact people's lives and futures. That's why keeping customers front and center in everything we do is so essential to earning their trust and loyalty.
Whether they are in the early stages of saving or already in retirement, annuities can provide valuable benefits that include tax-deferred growth opportunities, principal and income protection and a guaranteed income stream that can last a lifetime. AIG annuities offer a broad suite of income solutions designed to meet retirement needs today, tomorrow and for life.
Show More
We're seeking talented people who are entrepreneurial, collaborative, set aspirational goals and are determined and bold enough to achieve them. At Fortitude Re, our employees excel with high-performing colleagues who work collaboratively while contributing uniquely, are recognized and valued for their contributions and have a career path with endless opportunities to build their skills and experiences
Show More
Designed with that commitment at its core, our Early Career program provides a platform for participants to launch or accelerate their careers.
Knows the accident market and it's dynamics.

AIG traces its roots to 1919, when American Cornelius Vander Starr established a general insurance agency, American Asiatic Underwriters, in Shanghai, China. Since then, an enterprising spirit, ingenuity, and tenacity have built the company into one of the world's leading insurers. Today, AIG is focused on what it has been known for since the beginning: the willingness and ability to provide insurance coverage to meet the diverse needs of its clients. American International Group, Inc. (AIG) is a leading international insurance organization serving customers in more than 130 countries. AIG companies serve commercial, institutional, and individual customers through one of the most extensive worldwide property-casualty networks of any insurer. In addition, AIG companies are leading providers of life insurance and retirement services in the United States.
The staff at AIG come from unusually diverse demographic backgrounds. The company is 49.2% female and 45.8% ethnic minorities. Despite its diversity in other areas, AIG employees are noticeably lacking in political diversity. It has an unusually high proportion of employees who are members of the Democratic Party, at 66.0%. Employees seem to enjoy working in an otherwise diverse workplace that is dominated by members of the Democratic Party. AIG has great employee retention with staff members usually staying with the company for 5.2 years. The average employee at AIG makes $84,115 per year. In comparison, some of its highest paying competitors, like Apollo Global Management, Morgan Stanley, and BNY Mellon, pay $106,350, $103,933, and $86,819, respectively.
Based in New York, NY, AIG is an industry leader with 49,600 employees and an annual revenue of $43.3B.

We reduce fear of the future and empower our clients through our risk expertise and financial strength.

Perks of Working at AIG

American General Life Insurance Company Inc is a great company that gives employees opportunities for training as well as work at their own pace.

Flex time and working from home

Flex time and working from home

The people and my position

working w/a my team they were the best

The salary was good.

Do you work at AIG? Rate AIG as an Employer.

How would you rate working at AIG?

The Team At AIG

AIG is ranked #52 on the Best Finance Companies to Work For in New York list. Zippia's Best Places to Work lists provide unbiased, data-based evaluations of companies. Rankings are based on government and proprietary data on salaries, company financial health, and employee diversity.

Research Summary. Using a database of 30 million profiles, Zippia estimates demographics and statistics for AIG. Our estimates are verified against BLS, Census, and current job openings data for accuracy. After extensive research and analysis, Zippia's data science team found that:

Do you Work At AIG? 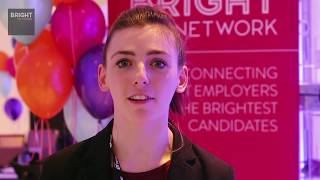 How I did it: Internship at AIG 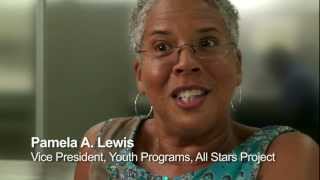 How Would You Rate The Company Culture Of AIG?

Have you worked at AIG? Help other job seekers by rating AIG.

Some of the competitors of AIG are Apollo Global Management, Morgan Stanley, and BNY Mellon. Employees at Apollo Global Management earn more than most of the competition, with an average yearly salary of $106,350. The employees at Morgan Stanley earn an average yearly salary of $103,933 per year, and the salaries at BNY Mellon average $86,819 per year.
Company

When was AIG founded?

How many Employees does AIG have?

How much money does AIG make?

What industry is AIG in?

AIG is in the financial services industry.

What is AIG's mission?

AIG's mission statement is "We reduce fear of the future and empower our clients through our risk expertise and financial strength."

What type of company is AIG?

AIG is a public company.

Who are AIG's competitors?

Who works at AIG?

Are You An Executive, HR Leader, Or Brand Manager At AIG?

Most Common Jobs At AIG

Zippia gives an in-depth look into the details of AIG, including salaries, political affiliations, employee data, and more, in order to inform job seekers about AIG. The employee data is based on information from people who have self-reported their past or current employments at AIG. The data on this page is also based on data sources collected from public and open data sources on the Internet and other locations, as well as proprietary data we licensed from other companies. Sources of data may include, but are not limited to, the BLS, company filings, estimates based on those filings, H1B filings, and other public and private datasets. While we have made attempts to ensure that the information displayed are correct, Zippia is not responsible for any errors or omissions or for the results obtained from the use of this information. None of the information on this page has been provided or approved by AIG. The data presented on this page does not represent the view of AIG and its employees or that of Zippia.