What is an Anesthesia Technician?

What Does an Anesthesia Technician Do

There are certain skills that many anesthesia technicians have in order to accomplish their responsibilities. By taking a look through resumes, we were able to narrow down the most common skills for a person in this position. We discovered that a lot of resumes listed integrity, listening skills and physical stamina.

Learn more about what an Anesthesia Technician does

How To Become an Anesthesia Technician

As you move along in your career, you may start taking on more responsibilities or notice that you've taken on a leadership role. Using our career map, an anesthesia technician can determine their career goals through the career progression. For example, they could start out with a role such as certified nursing assistant, progress to a title such as licensed practical nurse and then eventually end up with the title registered nurse supervisor.

Average Salary for an Anesthesia Technician

Top Skills For an Anesthesia Technician

The skills section on your resume can be almost as important as the experience section, so you want it to be an accurate portrayal of what you can do. Luckily, we've found all of the skills you'll need so even if you don't have these skills yet, you know what you need to work on. Out of all the resumes we looked through, 18.2% of anesthesia technicians listed anesthesia on their resume, but soft skills such as integrity and listening skills are important as well.

Online Courses For Anesthesia Technician That You May Like

Advertising Disclosure  The courses listed below are affiliate links. This means if you click on the link and purchase the course, we may receive a commission.
Trauma Emergencies and Care

Welcome to Trauma Emergencies and Care. In this course, you will learn about some of the mechanics and physics of trauma on the human body, and how this can cause injury. You will continue to expand your new vocabulary with medical terminology, and learn how to describe the different injuries you may see. You will also learn about the trauma system itself- and when it is important to transport patients to a trauma center. Then we will dive into specific injuries based on what part of the body ma...

In this course, you will develop the knowledge and skills to assess and stabilize certain types of patients for transport. By the end of this course, you will be able to: 1) assess a basic medical patient 2) describe general pharmacologic principles and the skills associated with medication administration, 3) explain airway physiology, the assessment of the airway and available interventions for airway management, 4) identify, assess and formulate a plan to stabilize a patient with a respiratory...

View Details on Coursera
Vital Signs: Understanding What the Body Is Telling Us

The vital signs - heart rate, blood pressure, body temperature, respiration rate, and pain - communicate important information about the physiological status of the human body. In this six-part course we explore the anatomy and physiology underlying the vital signs so that you will develop a systematic, integrated understanding of how the body functions. Relevant body systems are reviewed including cardiovascular and respiratory, followed by explanations of how the function of these systems affe...

Best States For an Anesthesia Technician

Some places are better than others when it comes to starting a career as an anesthesia technician. The best states for people in this position are California, Washington, New York, and Alaska. Anesthesia technicians make the most in California with an average salary of $54,149. Whereas in Washington and New York, they would average $49,462 and $49,267, respectively. While anesthesia technicians would only make an average of $47,844 in Alaska, you would still make more there than in the rest of the country. We determined these as the best states based on job availability and pay. By finding the median salary, cost of living, and using the Bureau of Labor Statistics' Location Quotient, we narrowed down our list of states to these four.

Total Anesthesia Technician Jobs:
168
Highest 10% Earn:
$54,000
Location Quotient:
1.22 Location Quotient is a measure used by the Bureau of Labor Statistics (BLS) to determine how concentrated a certain industry is in a single state compared to the nation as a whole. You can read more about how BLS calculates location quotients here

Total Anesthesia Technician Jobs:
296
Highest 10% Earn:
$51,000
Location Quotient:
1.35 Location Quotient is a measure used by the Bureau of Labor Statistics (BLS) to determine how concentrated a certain industry is in a single state compared to the nation as a whole. You can read more about how BLS calculates location quotients here

View 296 Anesthesia Technician Jobs In ME

Total Anesthesia Technician Jobs:
1,050
Highest 10% Earn:
$62,000
Location Quotient:
0.87 Location Quotient is a measure used by the Bureau of Labor Statistics (BLS) to determine how concentrated a certain industry is in a single state compared to the nation as a whole. You can read more about how BLS calculates location quotients here

How Do Anesthesia Technician Rate Their Jobs?

Most Common Employers For Anesthesia Technician 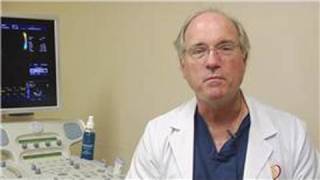