The Culture At Apple

Information provided by the company
Today at Apple sessions serve the passions of coding, photo, video, art& design, music and health & fitness, and are available globally in every Apple Store. In select cities around the globe, we bring in creative talent from the local community to teach sessions.
Show More
Laser-focused on the smallest details that are meaningful to our customers You have genuine passion for consumer devices
We create the kind of wonder that's revolutionized entire industries. It's the diversity of those people and their ideas that inspires the innovation that runs through everything we do, from amazing technology to industry-leading environmental efforts.
Show More
Dynamic, smart people and inspiring, innovative technologies are the norm here. You will be part of building an extraordinary search team. We're looking for a talented and passionate person to join this amazing team, if you feel this is you, we'd love to hear from you.
Show More
Join this group, and you'll have a direct impact on the technology that shapes Apple's customer experiences! Together, our work will be the reason millions of customers feel that they can trust our devices every single day.
Show More

Apple is a multinational corporation that designs, manufactures, and markets mobile communication and media devices, personal computers, portable digital music players, and sells a variety of related software, services, peripherals, networking solutions, and third-party digital content and applications. Apple provides many products and services, including iPhone; iPad; iPod; Mac; Apple TV; a portfolio of consumer and professional software applications; the iOS and OS X operating systems; iCloud; and accessories, service, and support offerings. It sells its products worldwide through its retail stores, online stores, direct sales force and third-party cellular network carriers, wholesalers, retailers, and value-added resellers to the consumer and also sells third-party iPhone, iPad, Mac and iPod compatible products, including application software and accessories through its online and retail stores. Introduced in 1984, the Macintosh was the first widely sold personal computer with a graphical user interface (GUI). That feature and others such as an improved floppy drive design and a low-cost hard drive that made data retrieval faster helped Apple cultivate a reputation for innovation. Apple was named as the most admired company in the United States in 2008 and in the world from 2008 to 2012 by the Fortune magazine. The company was founded by Steven Paul Jobs, Steve Wozniak, and Ronald Gerald Wayne on April 1, 1976, and is headquartered in Cupertino, California.
The staff at Apple come from unusually diverse demographic backgrounds. The company is 38.1% female and 45.1% ethnic minorities. Despite its diversity in other areas, Apple employees are noticeably lacking in political diversity. It has an unusually high proportion of employees who are members of the Democratic Party, at 89.0%. Employees seem to enjoy working in an otherwise diverse workplace that is dominated by members of the Democratic Party. Apple has great employee retention with staff members usually staying with the company for 4.5 years. The average employee at Apple makes $127,197 per year, which is competitive for its industry and location. Some of its highest paying competitors, Meta, Microsoft, and PayPal, pay $155,739, $131,100, and $128,079, respectively.
Apple is an industry leader with 154,000 employees and an annual revenue of $274.5B that is headquartered in Cupertino, CA.

To make the best products on earth, and to leaving the world better than we found it.

Work culture and environment is conducive to personal and professional growth

Leadership and the lack of care for their employees

You work a high level of detail to final product

big company vibes and the downside that come with that.

Money and being able to say i worked at apple

Do you work at Apple? Rate Apple as an Employer.

The Team At Apple

Apple is ranked #7 on the Best Technology Companies to Work For in America list. Zippia's Best Places to Work lists provide unbiased, data-based evaluations of companies. Rankings are based on government and proprietary data on salaries, company financial health, and employee diversity.

Research Summary. Using a database of 30 million profiles, Zippia estimates demographics and statistics for Apple. Our estimates are verified against BLS, Census, and current job openings data for accuracy. After extensive research and analysis, Zippia's data science team found that:

Do you Work At Apple? 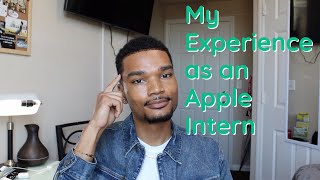 My Experience as an Apple Intern

How Would You Rate The Company Culture Of Apple?

Have you worked at Apple? Help other job seekers by rating Apple.

Subsidiaries to Apple include Xnor.ai. Employees at the parent company, Apple, earn $127,197 whereas employees at Xnor.ai earn $61,524, on average.
Company

When was Apple founded?

How many Employees does Apple have?

How much money does Apple make?

What industry is Apple in?

Apple is in the technology industry.

What is Apple's mission?

Apple's mission statement is "To make the best products on earth, and to leaving the world better than we found it."

What type of company is Apple?

Apple is a public company.

Who are Apple's competitors?

Who works at Apple?

Are You An Executive, HR Leader, Or Brand Manager At Apple?

How Do You Get Hired At Apple?

To get hired at Apple, you must have excellent customer service skills and working knowledge of iOS and Mac systems for in-store roles, and exemplary professional experience and work portfolios for tech-related and corporate positions at the company.

Apple Inc. owns Apple. Tim Cook, the current CEO, owns 837,374 shares of Apple stock, representing 0.02% of all outstanding shares. Cook became CEO of Apple in 2011 after the death of founder and longtime CEO Steve Jobs. Cook, who arrived at Apple in 1998, was the chief operating officer, responsible for all worldwide sales and operations.

No, Apple does not drug test. Apple's official policy states what you do on your personal time is your business as long as you don't bring it to work and as long as it doesn't affect your job performance. This is not surprising when you consider the founder of the company, Steve Jobs, has been known to partake in recreational drugs to help spark creativity and innovation.

Yes, Apple hires felons. However, this was not always the case. In 2015, Apple changed its policy because of perceived discrimination against felons. Apple's website now states, "We believe in opportunity for everyone, and Apple has never had a blanket ban on hiring people with felony convictions."

How Do You Answer "Why Are You Interested In Working For Apple"?

You answer "why are you interested in working for Apple" by focusing on their culture, products, and services. Talk about how technology, innovation, and other aspects of the company tie into your career goals. The key is to provide a few reasons that can relate back to your own experiences and career goals.

How Do You Write A Cover Letter For A Job At Apple?

You write a cover letter for a job at Apple by demonstrating not only your qualifications and accomplishments but also your personality and passions. They are not just looking for experts.

How Old Do You Have To Be To Work At Apple?

You have to be at least 18 years old to work at Apple. This includes jobs at their retail stores and internship positions.

Apple prides itself on maintaining a creative and energetic culture and they hire younger talent. Compared to Amazon, Google, and Microsoft, Apple's employees contain the largest segment between 18 and 24.

What Benefits Does Apple Offer?

Apple offers a very comprehensive range of benefits and services. Apple offers what is arguably one of the best benefit packages. They offer unique features found at no other company, as well as health insurance and wellness programs, on-site perks, time off, family support, transportation, financial and retirement plans, perks and discounts, tuition reimbursement, and volunteer and donation matching.

What Is The Dress Code At Apple?

The dress code at Apple is casual for the most part. As with most companies, they want their programmers and engineers to be as comfortable as possible. For those working in more senior and corporate positions, business-casual is more appropriate.

What Is The Hiring Process At Apple?

The hiring process at Apple is arduous. Candidates usually go through three to four rounds of interviews. It can take anywhere between one to six months to complete the hiring process. The time it takes largely depends on the position you're applying to.

Who Is The Cmo Of Apple?

Greg Joswiak joined Apple over 30 years ago in June of 1986. He has played an important role in developing and launching some of Apple's most successful products, including the original iPhone and iPad.

Early on in his career he worked on Macintosh computers and supported Macintosh's roster of third-party developers. His most recent position as senior vice president of Apple product marketing and product management saw him managing large teams in these areas that are responsible for Apple's whole product lineup.

Greg Joswiak graduated from the University of Michigan in 1986 with a Bachelor of Science in Computer Engineering.

Most Common Jobs At Apple

Zippia gives an in-depth look into the details of Apple, including salaries, political affiliations, employee data, and more, in order to inform job seekers about Apple. The employee data is based on information from people who have self-reported their past or current employments at Apple. The data on this page is also based on data sources collected from public and open data sources on the Internet and other locations, as well as proprietary data we licensed from other companies. Sources of data may include, but are not limited to, the BLS, company filings, estimates based on those filings, H1B filings, and other public and private datasets. While we have made attempts to ensure that the information displayed are correct, Zippia is not responsible for any errors or omissions or for the results obtained from the use of this information. None of the information on this page has been provided or approved by Apple. The data presented on this page does not represent the view of Apple and its employees or that of Zippia.