About Applebee's in Canada Applebee's Neighbourhood Grill and Bar operates restaurants throughout Nova Scotia, Ontario, Saskatchewan, Manitoba, Alberta and British Columbia. Find your neighbourhood Applebee's by visiting http://locator.applebeescanada...
Founded in 1980, Applebee's is an established company that loves to hire graduates from Central State University, with 7.6% of its employees having attended Central State University. Applebee's has established itself as a great place to work in California, and it is number 14 on Zippia's list of Best Companies to Work for in Glendale, CA. The average employee at Applebee's makes $28,906 per year, which is competitive for its industry and location. Some of its highest paying competitors, P.f. Chang's China Bistro, Joe's Crab Shack, and Outback Steakhouse, pay $32,582, $31,498, and $29,345, respectively.
Based in California, Applebee's is an industry leader with 28,000 employees and an annual revenue of $2.5B.

I connect well with the GM and she thinks I would be wonderful in a managers position.

The staff is friendly and welcoming to both other staff and customers. Plus they're willing to lead you in the right direction when necessary.

Hours are a bit random and unpredictable at times.

Employees get discounts off of food.

Communicating with customers, and providing customers with top tier service

The hours can turn into late nights

Very relaxed and easy to handle once you learn the ropes

Do you work at Applebee's? Rate Applebee's as an Employer.

How would you rate working at Applebee's?

The Team At Applebee's

Applebee's is ranked #61 on the Best Hospitality Companies to Work For in California list. Zippia's Best Places to Work lists provide unbiased, data-based evaluations of companies. Rankings are based on government and proprietary data on salaries, company financial health, and employee diversity.

Research Summary. Using a database of 30 million profiles, Zippia estimates demographics and statistics for Applebee's. Our estimates are verified against BLS, Census, and current job openings data for accuracy. After extensive research and analysis, Zippia's data science team found that:

Do you Work At Applebee's? 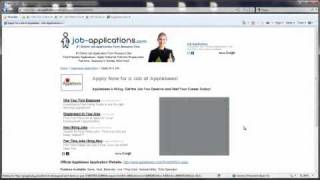 How Would You Rate The Company Culture Of Applebee's?

Have you worked at Applebee's? Help other job seekers by rating Applebee's.

Based on our research, similar companies to Applebee's are P.f. Chang's China Bistro, Joe's Crab Shack, and Outback Steakhouse. The wages at P.f. Chang's China Bistro average higher than the other similar companies, where the median salary is $32,582 per year. The salaries at Joe's Crab Shack average $31,498 per year, and the salaries at Outback Steakhouse come in at $29,345 per year.
Company

When was Applebee's founded?

How many Employees does Applebee's have?

How much money does Applebee's make?

Applebee's generates $2.5B in revenue.

What industry is Applebee's in?

Applebee's is in the restaurants industry.

What type of company is Applebee's?

Applebee's is a private company.

Who works at Applebee's?

Applebee's's headquarters is in Glendale, CA.

Are You An Executive, HR Leader, Or Brand Manager At Applebee's?

Zippia gives an in-depth look into the details of Applebee's, including salaries, political affiliations, employee data, and more, in order to inform job seekers about Applebee's. The employee data is based on information from people who have self-reported their past or current employments at Applebee's. The data on this page is also based on data sources collected from public and open data sources on the Internet and other locations, as well as proprietary data we licensed from other companies. Sources of data may include, but are not limited to, the BLS, company filings, estimates based on those filings, H1B filings, and other public and private datasets. While we have made attempts to ensure that the information displayed are correct, Zippia is not responsible for any errors or omissions or for the results obtained from the use of this information. None of the information on this page has been provided or approved by Applebee's. The data presented on this page does not represent the view of Applebee's and its employees or that of Zippia.