Find The Best Arabic Linguist Jobs For You

Arabic is one of the most widely spoken languages in the world, with over 300 million native speakers in over 20 countries. There are many forms of Arabic, from Classical Arabic used in the Qur'an and other classical literature to a variety of local dialects. It's no wonder that many businesses need Arabic linguists to make sense of this useful, beautiful, yet highly complicated language.

Arabic linguists have a variety of duties depending on where they work. Linguists working at an international business or nonprofit provide translation or interpretation services. Those working for the government or intelligence services may monitor Arabic language communications. Meanwhile, Arabic linguists working in universities research the language and teach it to eager students.

Obviously, to be an Arabic linguist, one needs to know Arabic very well. Even native speakers usually get a bachelor's or post-graduate degree. They can specialize in the field they want to go into, such as business or political science, in addition to studying Arabic.

There is more than meets the eye when it comes to being an arabic linguist. For example, did you know that they make an average of $56.27 an hour? That's $117,039 a year!

What Does an Arabic Linguist Do

There are certain skills that many arabic linguists have in order to accomplish their responsibilities. By taking a look through resumes, we were able to narrow down the most common skills for a person in this position. We discovered that a lot of resumes listed business skills, cultural sensitivity and dexterity.

When it comes to searching for a job, many search for a key term or phrase. Instead, it might be more helpful to search by industry, as you might be missing jobs that you never thought about in industries that you didn't even think offered positions related to the arabic linguist job title. But what industry to start with? Most arabic linguists actually find jobs in the technology and professional industries.

How To Become an Arabic Linguist

As you move along in your career, you may start taking on more responsibilities or notice that you've taken on a leadership role. Using our career map, an arabic linguist can determine their career goals through the career progression. For example, they could start out with a role such as analyst, progress to a title such as manager and then eventually end up with the title chief of staff.

Average Salary for an Arabic Linguist

Top Skills For an Arabic Linguist

The skills section on your resume can be almost as important as the experience section, so you want it to be an accurate portrayal of what you can do. Luckily, we've found all of the skills you'll need so even if you don't have these skills yet, you know what you need to work on. Out of all the resumes we looked through, 24.3% of arabic linguists listed clearance on their resume, but soft skills such as business skills and cultural sensitivity are important as well.

How Do Arabic Linguist Rate Their Jobs? 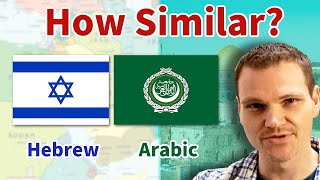 How Similar Are Hebrew and Arabic? 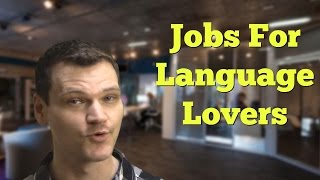 What Job Can I do With Foreign Language Skills?