The Culture At AT&T

AT&T is a telecommunications company that provides wireless communications, local exchange, and long-distance services for consumers and businesses in the United States and internationally. The company offers its services in two segments: wireless and wireline. Its wireless segment offers various wireless voice, data, text, and other services. This segment sells various handsets, wirelessly-enabled computers, and wireless data cards for personal computers through its owned stores, agents, and third-party retail stores. It also sells accessories comprising carrying cases, hands-free devices, batteries, battery chargers, and other items to consumers as well as to agents and third-party distributors. As of December 31, 2013, this segment served approximately 110 million wireless subscribers. The company's wireline segment provides data services such as switched and dedicated transport, DSL internet access, network integration, managed web hosting, packet, and enterprise networking services as well as local, interstate, and international wholesale networking capacity solutions to other service providers. This segment also offers voice services consisting of local and long-distance services; wholesale switched access services to other service providers; and outsourcing and integration services as well as CPE and government-related services. This segment has served approximately 12 million retail consumers, 10 million retail businesses, and 2 million wholesale access lines. AT&T is headquartered in Dallas, Texas.
The staff at AT&T come from unusually diverse demographic backgrounds. The company is 44.6% female and 41.9% ethnic minorities. AT&T employees are slightly more likely to be members of the Democratic Party than the Republican Party, with 63.0% of employees identifying as members of the Democratic Party. Despite their political differences, employees at AT&T seem to be happy. The company has great employee retention with staff members usually staying for 6.0 years. The average employee at AT&T makes $47,201 per year. Pay at AT&T is significantly lower than some of its highest paying competitors, like Google, IBM, and Lucent, which pay $140,774, $86,845, and $78,367, respectively.
AT&T is an industry leader with 230,000 employees and an annual revenue of $171.8B that is headquartered in Dallas, TX.

To be the best communication company in the world.

Perks of Working at AT&T

Aside from the pretty great place to work at, this company also offers its employees with competitive compensation and benefits including paid holidays, training and development programs, and excellent medical, dental and vision insurance options, among others.

Great Benefits and Payment in this company

Being a Sales Manager and leading a team

Can't think of anything.

Do you work at AT&T? Rate AT&T as an Employer.

The Team At AT&T

The Inside Scoop
AT&T Inc. is a modern media company whose mission is to inspire human progress through the power of communication and entertainment. They bring together premium video content, a large base of direct-to-consumer relationships, high-speed networks optimized for video and advertising technology to lead the next revolution in technology, media and telecommunications. AT&T has recorded 35 consecutive years of quarterly dividend growth and is a Fortune 10 company.
Show More

AT&T is ranked #47 on the Best Telecommunication Companies to Work For in America list. Zippia's Best Places to Work lists provide unbiased, data-based evaluations of companies. Rankings are based on government and proprietary data on salaries, company financial health, and employee diversity.

Research Summary. Using a database of 30 million profiles, Zippia estimates demographics and statistics for AT&T.; Our estimates are verified against BLS, Census, and current job openings data for accuracy. After extensive research and analysis, Zippia's data science team found that:

Do you Work At AT&T? 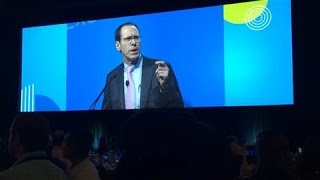 AT&T CEO: 'Tolerance Is for Cowards' in Speech on Racial Tensions 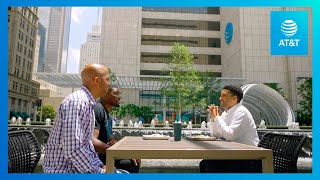 How Would You Rate The Company Culture Of AT&T?

Have you worked at AT&T? Help other job seekers by rating AT&T.

Some of the competitors of AT&T; are Google, IBM, and Lucent. Employees at Google earn more than most of the competition, with an average yearly salary of $140,774. The salaries at IBM average $86,845 per year, and the salaries at Lucent come in at $78,367 per year.
Company

Verizon Wireless of the East LP

When was AT&T founded?

How many Employees does AT&T have?

How much money does AT&T make?

What industry is AT&T in?

AT&T is in the telecommunications industry.

What is AT&T's mission?

AT&T's mission statement is "To be the best communication company in the world."

What type of company is AT&T?

AT&T is a public company.

Who are AT&T's competitors?

Who works at AT&T?

Are You An Executive, HR Leader, Or Brand Manager At AT&T?

Yes, AT&T drug tests. AT&T has a drug-free workplace policy. In line with this, it has the right to drug test all prospective employees and new hires.

AT&T uses a 5-panel urine test that looks for cannabis, cocaine, amphetamines, opiates, and benzodiazepines. If you're an employee who is suspected of being under the influence at work, you may be asked to do a mouth swab test.

Yes, AT&T does hire felons that meet the proper qualifications. AT&T will do a seven-year criminal background check. It will weed out anyone with violent convictions. A felon will go through the same online application process with the ability to explain their conviction.

How Do You Answer, "Why Are You Interested In Working For At&t"?

You answer the question, "Why are you interested in working for AT&T?" by focusing on what you like about the company, its products and services, and how this relates to your goals for professional development.

How Do You Write A Cover Letter For A Job At At&t?

You write a cover letter for a job at AT&T by referring to the requirements listed in the job description.

The first thing to do is read the job announcement carefully. Have a well-written resume that includes the needed keywords to pass the application filter. Include a cover letter for a personal touch that describes who you are, your accomplishments, what attracts you to the company, and specific job openings.

How Old Do You Have To Be To Work At At&t?

You must be 18 or over to work at AT&T. The age limit for an entry-level job at AT&T, for a part-time or full-time retail sales associate or a customer service representative in a call center position, is 18 years old with a high school diploma.

What Benefits Does At&t Offer?

What Is The Dress Code At At&t?

The dress code at AT&T depends on the position, requiring uniforms for some roles and business casual for others. Retail associates receive spring and fall funds upon their hiring to spend on Team Colors apparel, purchasable from a catalog given to you during onboarding.

What's The Hiring Process At At&t?

Previously, Kellyn Smith Kenny was the global chief marketing officer for Hilton hotels and branding. She left that post in June of 2020 and was then hired by ATT several months later.

The position of chief marketing and growth officer was not held by anyone previously, because it did not exist at the communications company. The role was created and Kellyn Smith Kenny is the first professional to be hired for the position.

Most Common Jobs At AT&T

Zippia gives an in-depth look into the details of AT&T, including salaries, political affiliations, employee data, and more, in order to inform job seekers about AT&T. The employee data is based on information from people who have self-reported their past or current employments at AT&T. The data on this page is also based on data sources collected from public and open data sources on the Internet and other locations, as well as proprietary data we licensed from other companies. Sources of data may include, but are not limited to, the BLS, company filings, estimates based on those filings, H1B filings, and other public and private datasets. While we have made attempts to ensure that the information displayed are correct, Zippia is not responsible for any errors or omissions or for the results obtained from the use of this information. None of the information on this page has been provided or approved by AT&T. The data presented on this page does not represent the view of AT&T and its employees or that of Zippia.