The Culture At BlackRock

Information provided by the company
Some of our favorites include:. And drive MASSIVE IMPACT in the lives of millions of people around the globe.
Being a member of the Aladdin Product Group means working with the industry's thought leaders to build innovative and forward looking products that shape the financial markets. The Aladdin Product Group creates next generation technology that changes the way information, people, and technology intersect for global investment firms.
Show More
You take extraordinary pride in seeing your vision come to life in the hands of a user. You are curious and like working with people that make brave decisions and love to learn new things. You love people that recognize team strength comes from diverse and inclusive thinking and behaviors.
Show More
Do you want to work with, and learn from, hands-on leaders in technology and finance At BlackRock, we are looking for .
But we're also passionate about having a life. From financial wellness to personal wellness, we offer a wide variety of strong work/life support for you to achieve the highest quality of life.

BlackRock is the world's largest asset manager guiding individuals, financial professionals and institutions in building better financial futures. Explore more.
The staff at BlackRock come from unusually diverse demographic backgrounds. The company is 41.5% female and 45.5% ethnic minorities. Despite its diversity in other areas, BlackRock employees are noticeably lacking in political diversity. It has an unusually high proportion of employees who are members of the Democratic Party, at 70.0%. Employees seem to enjoy working in an otherwise diverse workplace that is dominated by members of the Democratic Party. BlackRock has great employee retention with staff members usually staying with the company for 4.5 years. The average employee at BlackRock makes $108,975 per year, which is competitive for its industry and location. Some of its highest paying competitors, Morgan Stanley, Jefferies Group, and BNP Paribas, pay $117,587, $116,397, and $109,682, respectively.
Based in New York, NY, BlackRock is an industry leader with 16,500 employees and an annual revenue of $16.2B.

Our mission is to create a better financial future for our clients.

For the majority of my employment we were known as Engineering Supply Specialists .

We've seemed to evolve into a Distributor of many things more than a Specialist in the original fields .

Work life balance and the people are most worthy benefits

Very little teamwork. People work in isolation and do not work as a team.

Do you work at BlackRock? Rate BlackRock as an Employer.

How would you rate working at BlackRock?

The Team At BlackRock

BlackRock is ranked #46 on the Best Finance Companies to Work For in New York list. Zippia's Best Places to Work lists provide unbiased, data-based evaluations of companies. Rankings are based on government and proprietary data on salaries, company financial health, and employee diversity.

Research Summary. Using a database of 30 million profiles, Zippia estimates demographics and statistics for BlackRock. Our estimates are verified against BLS, Census, and current job openings data for accuracy. After extensive research and analysis, Zippia's data science team found that:

Do you Work At BlackRock? 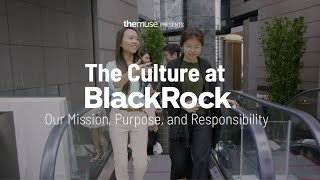 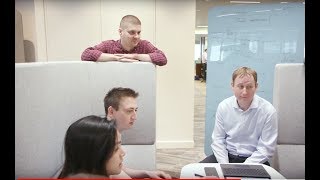 The Power of People and Technology at BlackRock

How Would You Rate The Company Culture Of BlackRock?

Have you worked at BlackRock? Help other job seekers by rating BlackRock.

Subsidiaries to BlackRock include Nasdaq. Employees at the parent company, BlackRock, earn $108,975 whereas employees at Nasdaq earn $108,792, on average.
Company

When was BlackRock founded?

BlackRock was founded in 1988.

How many Employees does BlackRock have?

How much money does BlackRock make?

BlackRock generates $16.2B in revenue.

What industry is BlackRock in?

BlackRock is in the investment management industry.

What is BlackRock's mission?

BlackRock's mission statement is "Our mission is to create a better financial future for our clients."

What type of company is BlackRock?

BlackRock is a public company.

Who are BlackRock's competitors?

Who works at BlackRock?

Are You An Executive, HR Leader, Or Brand Manager At BlackRock?

Zippia gives an in-depth look into the details of BlackRock, including salaries, political affiliations, employee data, and more, in order to inform job seekers about BlackRock. The employee data is based on information from people who have self-reported their past or current employments at BlackRock. The data on this page is also based on data sources collected from public and open data sources on the Internet and other locations, as well as proprietary data we licensed from other companies. Sources of data may include, but are not limited to, the BLS, company filings, estimates based on those filings, H1B filings, and other public and private datasets. While we have made attempts to ensure that the information displayed are correct, Zippia is not responsible for any errors or omissions or for the results obtained from the use of this information. None of the information on this page has been provided or approved by BlackRock. The data presented on this page does not represent the view of BlackRock and its employees or that of Zippia.