The Culture At Bloomberg

Bloomberg is the leader in global business and financial information. They give influential decision makers the data, analytics, news and insight to give them a critical edge. Bloomberg connects influential decision makers to a dynamic network of information, people and ideas. Their strength - quickly and accurately delivering data, news and analytics through innovative technology - is at the core of everything they do. With over 15,500 employees in 192 locations, Bloomberg deliver business and financial information, news and insight around the world. Bloomberg was founded in 1982 and within 10 years had over 10,000 customers for the Bloomberg Professional service, a ground breaking private network with data, analytics and other financial information. In the same decade, Bloomberg launched Bloomberg News and opened offices around the world. Subscriptions to the Bloomberg Professional service skyrocketed in the next decade and the company launched Bloomberg Tradebook and Bloomberg.com. This past decade saw the development of technological advances in key products and services such as email and instant messaging that have made the Bloomberg Professional service the leading choice of more than 320,000 business and financial professionals globally. Today, Bloomberg is applying its extensive data, news and technology to offer new tools in the fields of government, law, energy and sports. The company's hallmark, innovation and a passion for getting things right, remains strong and is the inspiration behind Bloomberg's award-winning products and solutions.
The staff at Bloomberg come from unusually diverse demographic backgrounds. The company is 33.4% female and 48.1% ethnic minorities. Despite its diversity in other areas, Bloomberg employees are noticeably lacking in political diversity. It has an unusually high proportion of employees who are members of the Democratic Party, at 85.0%. Employees seem to enjoy working in an otherwise diverse workplace that is dominated by members of the Democratic Party. Bloomberg has great employee retention with staff members usually staying with the company for 4.5 years. The average employee at Bloomberg makes $112,142 per year. In comparison, some of its highest paying competitors, like Google, McKinsey & Company, and Boston Consulting Group, pay $147,426, $136,977, and $118,360, respectively.
Based in New York, NY, Bloomberg is an industry leader with 20,000 employees and an annual revenue of $10.0B.

The Environment was great at my office, The Co workers were good too, and the workflow is smooth in ground level. The payment was also good.

The upper Management was impolite and often rude. They seemed not to care about an Employee's life after job as they often made us work way beyond the schedule. They also hindered our Co-workers Severance Pay, artificially tampering with the amount.

The company at-least kept their promise on 20 day leave.

They can be strict about working from home.

They provide flexibility in defining your career and how you want to make an impact. They provide countless ways to continue building your expertise.

Do you work at Bloomberg? Rate Bloomberg as an Employer.

How would you rate working at Bloomberg?

The Team At Bloomberg

Bloomberg is ranked #30 on the Best Technology Companies to Work For in America list. Zippia's Best Places to Work lists provide unbiased, data-based evaluations of companies. Rankings are based on government and proprietary data on salaries, company financial health, and employee diversity.

Research Summary. Using a database of 30 million profiles, Zippia estimates demographics and statistics for Bloomberg. Our estimates are verified against BLS, Census, and current job openings data for accuracy. After extensive research and analysis, Zippia's data science team found that:

Do you Work At Bloomberg? 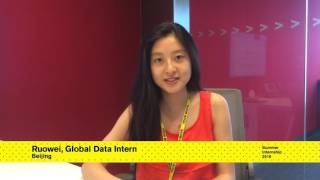 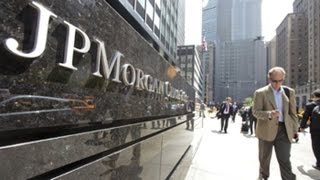 Why JPMorgan Is Banking on Employee Surveillance

How Would You Rate The Company Culture Of Bloomberg?

Have you worked at Bloomberg? Help other job seekers by rating Bloomberg.

When was Bloomberg founded?

Bloomberg was founded in 1981.

How many Employees does Bloomberg have?

How much money does Bloomberg make?

Bloomberg generates $10.0B in revenue.

What industry is Bloomberg in?

Bloomberg is in the software industry.

What is Bloomberg's mission?

What type of company is Bloomberg?

Bloomberg is a private company.

Who are Bloomberg's competitors?

Who works at Bloomberg?

Are You An Executive, HR Leader, Or Brand Manager At Bloomberg?

Zippia gives an in-depth look into the details of Bloomberg, including salaries, political affiliations, employee data, and more, in order to inform job seekers about Bloomberg. The employee data is based on information from people who have self-reported their past or current employments at Bloomberg. The data on this page is also based on data sources collected from public and open data sources on the Internet and other locations, as well as proprietary data we licensed from other companies. Sources of data may include, but are not limited to, the BLS, company filings, estimates based on those filings, H1B filings, and other public and private datasets. While we have made attempts to ensure that the information displayed are correct, Zippia is not responsible for any errors or omissions or for the results obtained from the use of this information. None of the information on this page has been provided or approved by Bloomberg. The data presented on this page does not represent the view of Bloomberg and its employees or that of Zippia.