Find The Best Campus Police Officer Jobs For You

A campus police officer has many duties, but the most important is to protect the people inside the campus where he works. Your other duties as a campus police offer include serving as security during campus events, carrying out arrests when necessary, and enforcing traffic rules.

Basically, as a campus cop, you will have the same authority as local law enforcement officials. Although the procedure of becoming a campus police officer is similar to that of becoming a regular officer, the campus cop must execute duties unique to the college environment.

If you aspire to become a campus police officer, you are obliged to attend a police academy for training. You should have a law enforcement degree or prior experience as a police officer. You must complete intensive physical and academic training, which can last up to six months after you're hired. The median salary per year for campus police officers is $48,981.

There is more than meets the eye when it comes to being a campus police officer. For example, did you know that they make an average of $18.81 an hour? That's $39,115 a year!

What Does a Campus Police Officer Do

There are certain skills that many campus police officers have in order to accomplish their responsibilities. By taking a look through resumes, we were able to narrow down the most common skills for a person in this position. We discovered that a lot of resumes listed empathy, leadership skills and physical strength.

When it comes to searching for a job, many search for a key term or phrase. Instead, it might be more helpful to search by industry, as you might be missing jobs that you never thought about in industries that you didn't even think offered positions related to the campus police officer job title. But what industry to start with? Most campus police officers actually find jobs in the education and health care industries.

How To Become a Campus Police Officer

As you move along in your career, you may start taking on more responsibilities or notice that you've taken on a leadership role. Using our career map, a campus police officer can determine their career goals through the career progression. For example, they could start out with a role such as police officer, progress to a title such as security officer and then eventually end up with the title senior officer.

Campus Police Officers in America make an average salary of $39,115 per year or $19 per hour. The top 10 percent makes over $54,000 per year, while the bottom 10 percent under $27,000 per year.
Average Salary
$39,115
Find Your Salary Estimate
How much should you be earning as an Architect? Use Zippia's Salary Calculator to get an estimation of how much you should be earning.

Online Courses For Campus Police Officer That You May Like

The American criminal justice system is in need of reform. We incarcerate too many people. We pay insufficient attention to scientific advances that can help separate out the most and least culpable and dangerous. We grant the police far too much power to use force and technological surveillance. As a way of thinking about dealing with these problems, this course examines two over-arching issues: What should we do with people who have committed crime, and how should we identify who they are? On... 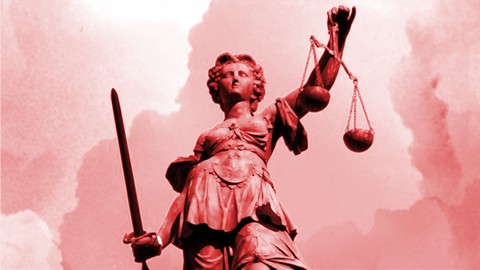 The skills section on your resume can be almost as important as the experience section, so you want it to be an accurate portrayal of what you can do. Luckily, we've found all of the skills you'll need so even if you don't have these skills yet, you know what you need to work on. Out of all the resumes we looked through, 12.0% of campus police officers listed emergency on their resume, but soft skills such as empathy and leadership skills are important as well.

Some places are better than others when it comes to starting a career as a campus police officer. The best states for people in this position are Alaska, Massachusetts, Maine, and New Hampshire. Campus police officers make the most in Alaska with an average salary of $69,890. Whereas in Massachusetts and Maine, they would average $56,837 and $56,778, respectively. While campus police officers would only make an average of $55,344 in New Hampshire, you would still make more there than in the rest of the country. We determined these as the best states based on job availability and pay. By finding the median salary, cost of living, and using the Bureau of Labor Statistics' Location Quotient, we narrowed down our list of states to these four.

Total Campus Police Officer Jobs:
1,669
Highest 10% Earn:
$88,000
Location Quotient:
1.15
Location Quotient is a measure used by the Bureau of Labor Statistics (BLS) to determine how concentrated a certain industry is in a single state compared to the nation as a whole. You can read more about how BLS calculates location quotients here

Total Campus Police Officer Jobs:
2,554
Highest 10% Earn:
$74,000
Location Quotient:
1.27
Location Quotient is a measure used by the Bureau of Labor Statistics (BLS) to determine how concentrated a certain industry is in a single state compared to the nation as a whole. You can read more about how BLS calculates location quotients here

Total Campus Police Officer Jobs:
1,216
Highest 10% Earn:
$61,000
Location Quotient:
1.16
Location Quotient is a measure used by the Bureau of Labor Statistics (BLS) to determine how concentrated a certain industry is in a single state compared to the nation as a whole. You can read more about how BLS calculates location quotients here

How Do Campus Police Officer Rate Their Jobs?