Celanese {NYSE: CE} is a global technology and specialty materials company that engineers and manufactures a wide variety of products essential to everyday living.You can "Be in Your Element" at Celanese. We know it's people who drive our innovation-focused growth strategy, and we know that the best people will thrive in a culture that both challenges and rewards performance financially and with new opportunities and innovation. Celanese is committed to research and development, will give you opportunities to work on interesting projects, and will challenge and reward your success.
The staff at Celanese come from unusually diverse demographic backgrounds. The company is 34.2% female and 45.9% ethnic minorities. Celanese employees are slightly more likely to be members of the Republican Party than the Democratic Party, with 60.0% of employees identifying as members of the Republican Party. Despite their political differences, employees at Celanese seem to be happy. The company has great employee retention with staff members usually staying for 6.3 years. The average employee at Celanese makes $75,217 per year. Pay at Celanese is significantly lower than some of its highest paying competitors, like ConocoPhillips, Occidental Petroleum, and General Electric, which pay $95,770, $92,069, and $85,938, respectively.
A large manufacturing company with 7,714 employees and an annual revenue of $5.7B, Celanese is headquartered in Irving, TX.

Perks of Working at Celanese

What do people say about Celanese

The Team At Celanese

Key People
The Inside Scoop
Celanese is a global technology leader in the production of differentiated chemistry solutions used in most major industries and consumer applications. It has two business cores - Acetyl Chain and Materials Solutions. From the global production network of its Acetyl Chain, the company provides materials that are critical to the global chemicals and paints and coatings industries. From its portfolio of Materials Solutions, it advances the automotive and consumer electronic designs. Headquartered in Dallas, Texas, Celanese has approximately 7,500 employees.
Show More

Celanese is ranked #52 on the Best Manufacturing Companies to Work For in America list. Zippia's Best Places to Work lists provide unbiased, data-based evaluations of companies. Rankings are based on government and proprietary data on salaries, company financial health, and employee diversity.

While the average employee salary at Celanese is $75,217, there is a big variation in pay depending on the role. Some of the job titles with high salaries at Celanese are Sap-Sd Consultant, Project Manager, Team Leader, and Purchasing Manager. A typical Sap-Sd Consultant salary at Celanese is $122,932. To get a better sense of the salaries at Celanese, other roles such as Material Coordinator and Customer Service Representative can be considered as well. For comparison, the title Material Coordinator at Celanese earns $32,922 per year.
Title

On average, employees at Celanese stay with the company for 6.3 years. Employees most commonly join Celanese after leaving General Electric. When they leave Celanese, they most frequently get their next job at Honeywell.

The University of Texas at Arlington

Do you Work At Celanese? 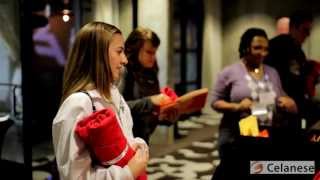 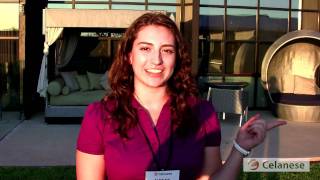 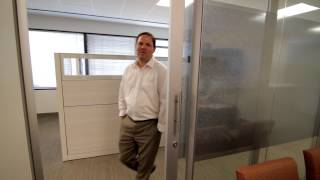 How Would You Rate The Company Culture Of Celanese?

Have you worked at Celanese? Help other job seekers by rating Celanese.

Based on our research, similar companies to Celanese are ConocoPhillips, Occidental Petroleum, and General Electric. The wages at ConocoPhillips average higher than the other similar companies, where the median salary is $95,770 per year. The employees at Occidental Petroleum earn an average yearly salary of $92,069 per year, and the salaries at General Electric average $85,938 per year.
Company

When was Celanese founded?

How many Employees does Celanese have?

How much money does Celanese make?

Celanese generates $5.7B in revenue.

What industry is Celanese in?

Celanese is in the chemicals industry.

What type of company is Celanese?

Celanese is a public company.

Who works at Celanese?

Are You An Executive, HR Leader, Or Brand Manager At Celanese?

Zippia gives an in-depth look into the details of Celanese, including salaries, political affiliations, employee data, and more, in order to inform job seekers about Celanese. The employee data is based on information from people who have self-reported their past or current employments at Celanese. The data on this page is also based on data sources collected from public and open data sources on the Internet and other locations, as well as proprietary data we licensed from other companies. Sources of data may include, but are not limited to, the BLS, company filings, estimates based on those filings, H1B filings, and other public and private datasets. While we have made attempts to ensure that the information displayed are correct, Zippia is not responsible for any errors or omissions or for the results obtained from the use of this information. None of the information on this page has been provided or approved by Celanese. The data presented on this page does not represent the view of Celanese and its employees or that of Zippia.

Celanese may also be known as or be related to Celanese and Celanese Corporation.