The Culture At Chegg

Information provided by the company
You will be part of a recognized and passionate team that is focused on advanced monetization strategies to bring our amazing web products to students free of charge.
Our global teams join, thrive, and stay at Chegg because they are passionate about our "Student First" mission and culture.
We're looking for a highly motivated intern to join a focused development team building innovative products that delight students.
Passion for education and our mission.
Genuinely cares about the well-being of our leaders, teams and their families as part of our Student First, Family-First culture

Chegg is a student media learning platform offering services to universities and community colleges. The company also helps students become smarter, saves time & money. Chegg was founded in 2005 and is headquartered in Santa Clara, California, USA.
The staff at Chegg come from unusually diverse demographic backgrounds. The company is 46.4% female and 40.5% ethnic minorities. Even though it has great demographic diversity, Chegg notably lacks in political diversity. It has an unusually high proportion of employees who are members of the Democratic Party, at 93.0%. Despite having coworkers who agree with each other about politics, employees at Chegg tend to have relatively short tenures. Staff members usually stay with the company for 2.7 years. The average employee at Chegg makes $108,410 per year. Pay at Chegg is significantly lower than some of its highest paying competitors, like Meta, Airbnb, and Google, which pay $163,526, $156,608, and $147,426, respectively.
A large retail company with 1,087 employees and an annual revenue of $644.3M, Chegg is headquartered in Santa Clara, CA.

As a part of the company's philanthropic efforts, Chegg is dedicated to its Chegg for Good program, which empowers students to be catalysts for change while on campus, in their communities and around the world.

Flexibility , a lot of students from all the US and sometimes overseas. Improving the knowledge of certain courses while tutoring different college students in statistics and mathematics courses.

I have been working for chegg for about a year now and really love it as a part time job for extra cash every month! There are too many tutors on there at times and it feels like you have to race other tutors to the gigs, but if you work off hours it's great!

Let me start off by saying that, despite the feelings you might have for your old employer, you guys are (were?) an absolute saint. I'm the type of person who's so dedicated to the act of getting money ("cheddar," as some refer to it) that it's like pulling teeth to spend that additional thousand dollars on the textbook for the one single blow off class I registered for, which *only* seems to come in the hardcover gold-plated limited edition written on papyrus taken directly from the tomb of Ramses II. When you guys carry that stuff for pennies on the metaphorical dollar, I feel like I'm transitioning from College Freshman to Lazy College Senior in a few short weeks! (except for the fact that Lazy College Senior wouldn't *** out like me and buy the book) But I do actually have a somewhat relevant question! What sort of black magic/voodoo did you do at Chegg to make my books magically appear almost overnight? I think you guys are faster than Zappos and my last performance in the bedroom *combined*. Also, since I kind of seem to be blowing Chegg's proverbial *** here, what was it that you didn't like about working for the world's greatest book delivery service since the U.S. dropped pamphlet bombs over Berlin in 1945?

All books that are ordered by 10am EST are shipped out same day, and it's all via UPS ground. If you live anywhere near KY then you get it damn near same day or overnight. If it's in stock at the warehouse, it is shipped out ASAP. The moment you make an order, the order is sent to the warehouse and the books are pulled. Most of the time within hours. We pride ourselves on making life as easy as possible for college students. Cheggs motto is "Save time, save money & get smarter" and we did our best as a whole to achieve the first two for you guys. As far as my feelings for them? I didn't hate working for them at all, I just wish they would work a little bit with the employees as they did with the customers. They really didn't care if you had a family, if you had kids, if you were in school or needed two jobs, you were demanded to have your full day (10am to 8pm) dedicated to working for them Monday-Friday.

Has Chegg lost alot of customers lately? For me I can now find competing prices at my school and via the internet. A couple of years ago Chegg was the bees knees but now alot of retailers have adapted and have cheaper and/or better prices.

I definitely wouldn't say we've lost customers. Those who are 'loyal' to the company often get great discounts on top of the already fairly good prices. If anything customers have gone up as book prices have gone up more at colleges.
Anonymous review of Chegg

Do you work at Chegg? Rate Chegg as an Employer.

How would you rate working at Chegg?

The Team At Chegg

Chegg is ranked #10 on the Best Retail Companies to Work For in America list. Zippia's Best Places to Work lists provide unbiased, data-based evaluations of companies. Rankings are based on government and proprietary data on salaries, company financial health, and employee diversity.

Research Summary. Using a database of 30 million profiles, Zippia estimates demographics and statistics for Chegg. Our estimates are verified against BLS, Census, and current job openings data for accuracy. After extensive research and analysis, Zippia's data science team found that:

Do you Work At Chegg? 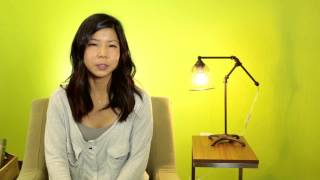 What interning at Chegg is all about

How Would You Rate The Company Culture Of Chegg?

Have you worked at Chegg? Help other job seekers by rating Chegg.

Some of the competitors of Chegg are Meta, Airbnb, and Google. The wages at Meta average higher than the other similar companies, where the median salary is $163,526 per year. The employees at Airbnb earn an average yearly salary of $156,608 per year, and the salaries at Google average $147,426 per year.
Company

When was Chegg founded?

How many Employees does Chegg have?

How much money does Chegg make?

What industry is Chegg in?

Chegg is in the education online retailing industry.

Chegg's mission statement is "As a part of the company's philanthropic efforts, Chegg is dedicated to its Chegg for Good program, which empowers students to be catalysts for change while on campus, in their communities and around the world."

What type of company is Chegg?

Chegg is a public company.

Who works at Chegg?

Are You An Executive, HR Leader, Or Brand Manager At Chegg?

Most Common Jobs At Chegg

Zippia gives an in-depth look into the details of Chegg, including salaries, political affiliations, employee data, and more, in order to inform job seekers about Chegg. The employee data is based on information from people who have self-reported their past or current employments at Chegg. The data on this page is also based on data sources collected from public and open data sources on the Internet and other locations, as well as proprietary data we licensed from other companies. Sources of data may include, but are not limited to, the BLS, company filings, estimates based on those filings, H1B filings, and other public and private datasets. While we have made attempts to ensure that the information displayed are correct, Zippia is not responsible for any errors or omissions or for the results obtained from the use of this information. None of the information on this page has been provided or approved by Chegg. The data presented on this page does not represent the view of Chegg and its employees or that of Zippia.

Chegg may also be known as or be related to CHEGG, INC, Chegg, Chegg Inc, Chegg Inc. and Chegg, Inc.