The Culture At Chick-fil-A

Information provided by the company
What makes Chick-fil-A a great place to work?
Chick-fli-A is a great place to work at because you get to interact with other people and it is one of America’s favorite fast foods.
What is the culture like at Chick-fil-A?
Chick-fil-A is committed to a workplace culture where everyone is treated with honor and respect.
What benefits does Chick-fil-A provide to employees?
Health insurance, Dental insurance, Occupational Accident and life insurance, Long-term disability insurance, Paid time off, Vacations, Paid sick leave and free drinks.
What does Chick-fil-A do to give back to society and the community?
Chick-fil-A can sponsor national programs and partnerships. Chick-fl-A cand also help community organizations.
Looking for someone with a high energy and a passion to make a difference in others lives. We are looking for full and part time trainers.

Atlanta-based Chick-fil-A Inc. is a family owned and privately held restaurant company dedicated to serving communities in which its restaurants operate. Credited with inventing the chicken sandwich, Chick-fil-A serves nutritious, freshly prepared food in more than 1800 restaurants in 40 states and Washington D.C.Founded by S. Truett Cathy in 1967, Chick-fil-A produced sales of $5 billion in 2013. Chick-fil-A was recognized in 2013 as one of America's “Most Inspiring Companies” by Forbes Magazine and “Best Place to Work” by Glassdoor, among other honors. More information on Chick-fil-A is available on the chain's website, located at www.chick-fil-a.com The Chick-fil-A, Inc. corporate office exists to provide service and support to restaurant Operators. Our corporate staffs of over 1200 people enjoy more than a challenging and supportive working environment. You'll find a competitive salary and comprehensive benefits. Beyond the expected benefits, Chick-fil-A is one of the few remaining companies that offer a 401k retirement plan with company match and a defined pension plan that is fully funded by Chick-fil-A. Other unexpected benefits include an on-site childcare center, an on-site fitness center, and lunches in our full service dining room
The staff at Chick-fil-A come from unusually diverse demographic backgrounds. The company is 56.2% female and 40.7% ethnic minorities. Despite its diversity in other areas, Chick-fil-A employees are noticeably lacking in political diversity. It has an unusually high proportion of employees who are members of the Republican Party, at 66.0%. Employees seem to enjoy working in an otherwise diverse workplace that is dominated by members of the Republican Party. Chick-fil-A has great employee retention with staff members usually staying with the company for 3.1 years. The average employee at Chick-fil-A makes $27,387 per year. In comparison, some of its highest paying competitors, like Zax LLC, Chipotle Mexican Grill, and Jack in the Box, pay $32,658, $32,507, and $30,716, respectively.
Based in Atlanta, GA, Chick-fil-A is an industry leader with 35,574 employees and an annual revenue of $11.3B.

Chick-fl-A’s mission statement is to be America’s best quick-service restaurant.

Perks of Working at Chick-fil-A

The opportunity to earn scholarships.

I enjoyed working independently and I was able to create my own schedule. Being able to move up into management was a huge blessing to me.

I did not like some of the stations I would work at, they scheduling managers would put me on the same station.

Teamwork created to accomplish the job.

working in 100+ degrees hours at a time.

The staff and interacting with new customers every day

Can get extremely stressful if you all out too

The people here are always friendly and they make you feel at home. The different opportunities I was able to have in leadership are amazing.

How would you rate working at Chick-fil-A?

The Team At Chick-fil-A

Chick-fil-A is ranked #16 on the Best Hospitality Companies to Work For in Georgia list. Zippia's Best Places to Work lists provide unbiased, data-based evaluations of companies. Rankings are based on government and proprietary data on salaries, company financial health, and employee diversity.

Research Summary. Using a database of 30 million profiles, Zippia estimates demographics and statistics for Chick-fil-A. Our estimates are verified against BLS, Census, and current job openings data for accuracy. After extensive research and analysis, Zippia's data science team found that:

Do you Work At Chick-fil-A? 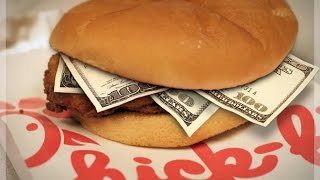 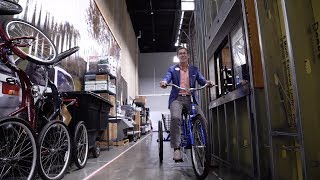 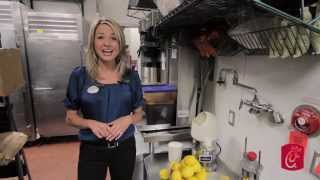 How Would You Rate The Company Culture Of Chick-fil-A?

Have you worked at Chick-fil-A? Help other job seekers by rating Chick-fil-A.

Based on our research, similar companies to Chick-fil-A are Zax LLC, Chipotle Mexican Grill, and Jack in the Box. Employees at Zax LLC earn more than most of the competition, with an average yearly salary of $32,658. The employees at Chipotle Mexican Grill earn an average yearly salary of $32,507 per year, and the salaries at Jack in the Box average $30,716 per year.
Company

When was Chick-fil-A founded?

How many Employees does Chick-fil-A have?

How much money does Chick-fil-A make?

Chick-fil-A generates $11.3B in revenue.

What industry is Chick-fil-A in?

Chick-fil-A is in the restaurants industry.

What is Chick-fil-A's mission?

What type of company is Chick-fil-A?

Chick-fil-A is a private company.

Who are Chick-fil-A's competitors?

Who works at Chick-fil-A?

Are You An Executive, HR Leader, Or Brand Manager At Chick-fil-A?

Does Chick Fil A drug test?

Yes, Chick Fil A drug tests prior to employment for some positions and in some locations. Chick Fil A has a zero-tolerance drug policy and considers itself to be a drug-free company. Many employees have reported that Chick Fil A performs random drug screenings throughout their employment.

Does Chick Fil A hire felons?

Yes, Chick Fil A hire felons. However, this is completely dependent upon the policies and desires of each individual franchise owner. Having a criminal record may not be an automatic exclusion of employment, particularly if your charges were for something on the smaller side or a long time ago.

How do you answer: "Why are you interested in working for Chick Fil A?"

To answer "Why are you interested in working for Chick Fil A?", you should play up your desire to help entrepreneurs and small business owners succeed. Also, include your desires to grow within a company and your belief in the entrepreneurial spirit.

How do you write a cover letter for a job at Chick Fil A?

You write a cover letter for a job at Chick Fil A by focusing on your desire to grow within the company. Chick Fil A believes that its people are the cornerstone to success. To that end, they want people who are motivated to learn and lead.

How old do you have to be to work at Chick Fil A?

Although corporate and licensing positions usually require a minimum of a Bachelor's degree.

How to get hired at Chick Fil A?

What benefits does Chick Fil A offer?

Benefits include medical, dental, and vision insurance, as well as a number of other benefits, including:

What is the dress code at Chick Fil A?

The dress code for Chick Fil A is dependent on what area of Chick Fil A you are working in. But generally, trainers wear blue striped shirts, team members wear red shirts, and managers or higher-ups wear blue non-stripe shirts. Black shirts are usually operators or director-level positions.

What is the hiring process at Chick Fil A?

The hiring process at Chick Fil A varies by position, but for most positions, the basic steps include:

What to wear to a Chick Fil A interview?

You should wear professional business attire to an interview at Chick Fil A. When dressing for a job interview, the most important thing to consider is that your look should be polished and professional regardless of the position you seek.

Most Common Jobs At Chick-fil-A

Zippia gives an in-depth look into the details of Chick-fil-A, including salaries, political affiliations, employee data, and more, in order to inform job seekers about Chick-fil-A. The employee data is based on information from people who have self-reported their past or current employments at Chick-fil-A. The data on this page is also based on data sources collected from public and open data sources on the Internet and other locations, as well as proprietary data we licensed from other companies. Sources of data may include, but are not limited to, the BLS, company filings, estimates based on those filings, H1B filings, and other public and private datasets. While we have made attempts to ensure that the information displayed are correct, Zippia is not responsible for any errors or omissions or for the results obtained from the use of this information. None of the information on this page has been provided or approved by Chick-fil-A. The data presented on this page does not represent the view of Chick-fil-A and its employees or that of Zippia.