Find The Best Child Psychiatrist Jobs For You

Their role as a child psychiatrist is to diagnose mental illness and emotional problems in children and adolescents. They develop treatment plans, which may include psychoanalysis, psychotherapy, hospitalization, and medication. They may use psychotherapy to evaluate a child's behavior and make a diagnosis. Becoming a child and adolescent psychiatrist usually requires completion of an internship (which may include pediatrics and pediatric neurology), two to three years of general psychiatry residency, and two years of CAP specialty training.

The wait is worth it, because the monetary compensation is generous for this profession. The average hourly pay for a child psychiatrist is $111.45, which amounts to $231,820 annually. The career is expected to grow in the near future and create new opportunities across the United States.

What Does a Child Psychiatrist Do

There are certain skills that many child psychiatrists have in order to accomplish their responsibilities. By taking a look through resumes, we were able to narrow down the most common skills for a person in this position. We discovered that a lot of resumes listed detail oriented, leadership skills and physical stamina.

When it comes to searching for a job, many search for a key term or phrase. Instead, it might be more helpful to search by industry, as you might be missing jobs that you never thought about in industries that you didn't even think offered positions related to the child psychiatrist job title. But what industry to start with? Most child psychiatrists actually find jobs in the health care and non profits industries.

How To Become a Child Psychiatrist

Average Salary for a Child Psychiatrist

Child Psychiatrists in America make an average salary of $226,772 per year or $109 per hour. The top 10 percent makes over $394,000 per year, while the bottom 10 percent under $130,000 per year.
Average Salary
$226,772
Find Your Salary Estimate
How much should you be earning as an Architect? Use Zippia's Salary Calculator to get an estimation of how much you should be earning.

1. Columbia University in the City of New York

Online Courses For Child Psychiatrist That You May Like

Uncover the secrets of the adolescent mind. This course helps you gain valuable information on how adolescents feel, how their identities develop, and how you can best meet their needs...

In today's world, mental illness and distress are common and these account for a significant burden of disability within our community. At the same time, there is a growing interest in understanding and enhancing positive mental health and wellbeing; particularly from developments in the fields of positive psychology and mental health promotion. Positive Psychiatry is a new term (Jeste et al 2016) that describes a dual approach to mental health, where we build strengths, supports and healthy lif... 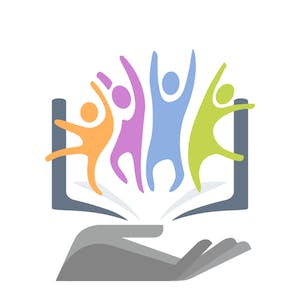 School Health for Children and Adolescents

Children and adolescents spend so much of their time in school regardless of where they live in the world. Health and learning are closely connected in the school setting, where good health and healthy practices create the optimal conditions for students' academic success. And the contrary is also true: poor heath and unhealthy practices build tall barriers to student learning. The courses of this specialization are designed to equip learners to manage common health conditions including asthma,...

Top Skills For a Child Psychiatrist

The skills section on your resume can be almost as important as the experience section, so you want it to be an accurate portrayal of what you can do. Luckily, we've found all of the skills you'll need so even if you don't have these skills yet, you know what you need to work on. Out of all the resumes we looked through, 31.7% of child psychiatrists listed adult psychiatry on their resume, but soft skills such as detail oriented and leadership skills are important as well.

Best States For a Child Psychiatrist

Some places are better than others when it comes to starting a career as a child psychiatrist. The best states for people in this position are Maine, Massachusetts, Illinois, and North Dakota. Child psychiatrists make the most in Maine with an average salary of $188,500. Whereas in Massachusetts and Illinois, they would average $183,918 and $183,629, respectively. While child psychiatrists would only make an average of $180,780 in North Dakota, you would still make more there than in the rest of the country. We determined these as the best states based on job availability and pay. By finding the median salary, cost of living, and using the Bureau of Labor Statistics' Location Quotient, we narrowed down our list of states to these four.

Total Child Psychiatrist Jobs:
41
Highest 10% Earn:
$272,000
Location Quotient:
1.6
Location Quotient is a measure used by the Bureau of Labor Statistics (BLS) to determine how concentrated a certain industry is in a single state compared to the nation as a whole. You can read more about how BLS calculates location quotients here

Total Child Psychiatrist Jobs:
26
Highest 10% Earn:
$268,000
Location Quotient:
1.45
Location Quotient is a measure used by the Bureau of Labor Statistics (BLS) to determine how concentrated a certain industry is in a single state compared to the nation as a whole. You can read more about how BLS calculates location quotients here

Total Child Psychiatrist Jobs:
146
Highest 10% Earn:
$265,000
Location Quotient:
1.37
Location Quotient is a measure used by the Bureau of Labor Statistics (BLS) to determine how concentrated a certain industry is in a single state compared to the nation as a whole. You can read more about how BLS calculates location quotients here

How Do Child Psychiatrist Rate Their Jobs?