What is a City Manager?

Primarily, city managers close the gap between politics and the daily administration of city services. In most cities, the city manager manages all departments and reports to the city council. He/She ensures residents enjoy effective and efficient city services, such as water, sewage, and other utilities. He/She manages the city's budget. Furthermore, he/she represents the city during social functions and formal meetings with municipalities and government officials. Also, he/she serves as a spokesperson to the media on council activities. Additionally, he/she supervises municipal projects and delegates tasks to the city operational managers of departments and city employees.

The minimum educational requirement for a city manager is a bachelor's degree. Candidates need to obtain a Certified Public Manager (CPM) certification. You must also have up to eight years of relevant work experience. Key skills include communication, organization, critical thinking, public speaking, and people skills. City managers make about $76,693 annually. This ranges from $40,000 to $148,000.


What Does a City Manager Do

There are certain skills that many city managers have in order to accomplish their responsibilities. By taking a look through resumes, we were able to narrow down the most common skills for a person in this position. We discovered that a lot of resumes listed leadership skills, management skills and problem-solving skills.

Learn more about what a City Manager does

How To Become a City Manager

Average Salary for a City Manager

Top Skills For a City Manager

The skills section on your resume can be almost as important as the experience section, so you want it to be an accurate portrayal of what you can do. Luckily, we've found all of the skills you'll need so even if you don't have these skills yet, you know what you need to work on. Out of all the resumes we looked through, 8.8% of city managers listed customer service on their resume, but soft skills such as leadership skills and management skills are important as well.

Zippia allows you to choose from different easy-to-use City Manager templates, and provides you with expert advice. Using the templates, you can rest assured that the structure and format of your City Manager resume is top notch. Choose a template with the colors, fonts & text sizes that are appropriate for your industry.

Online Courses For City Manager That You May Like

Advertising Disclosure  The courses listed below are affiliate links. This means if you click on the link and purchase the course, we may receive a commission.
Co-Creating Sustainable Cities

The Smart Cities course charts a journey across New Zealand to understand how smart cities are shaping up from Christchurch in the South to the capital city Wellington all the way to Hamilton in the North. You’ll learn from real live smart city projects such as LED lighting, solar powered waste management solutions and more allowing you to better comprehend how New Zealand is paving new paths to harness technology to create social change. You will analyse the role of various stakeholders in the...

Over the past few years, advancements in the Information and Communication Technologies (ICTs) have significantly challenged the traditionally stable landscape of urban infrastructure services. The result is an increasing interest in the transitioning of cities towards so-called “smart cities” – an interest expressed both by technology vendors and public authorities. Although such “smart technologies” can provide immense opportunities for citizens and for service providers alike, the ICTs often...

Best States For a City Manager

Some places are better than others when it comes to starting a career as a city manager. The best states for people in this position are California, Washington, Nevada, and New York. City managers make the most in California with an average salary of $108,870. Whereas in Washington and Nevada, they would average $107,683 and $97,844, respectively. While city managers would only make an average of $94,079 in New York, you would still make more there than in the rest of the country. We determined these as the best states based on job availability and pay. By finding the median salary, cost of living, and using the Bureau of Labor Statistics' Location Quotient, we narrowed down our list of states to these four.

Total City Manager Jobs:
94
Highest 10% Earn:
$171,000
Location Quotient:
1.18 Location Quotient is a measure used by the Bureau of Labor Statistics (BLS) to determine how concentrated a certain industry is in a single state compared to the nation as a whole. You can read more about how BLS calculates location quotients here

Total City Manager Jobs:
739
Highest 10% Earn:
$164,000
Location Quotient:
1.51 Location Quotient is a measure used by the Bureau of Labor Statistics (BLS) to determine how concentrated a certain industry is in a single state compared to the nation as a whole. You can read more about how BLS calculates location quotients here

Total City Manager Jobs:
1,140
Highest 10% Earn:
$185,000
Location Quotient:
1.03 Location Quotient is a measure used by the Bureau of Labor Statistics (BLS) to determine how concentrated a certain industry is in a single state compared to the nation as a whole. You can read more about how BLS calculates location quotients here

How Do City Manager Rate Their Jobs?

Most Common Employers For City Manager 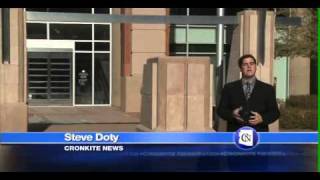 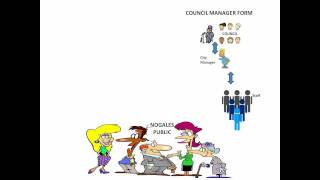 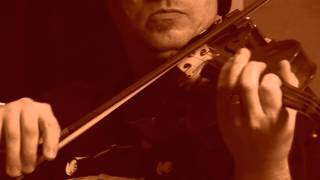 A city manager is a hired executive officer of a municipality who works outside of the political realm to keep operations running smooth, while a mayor is an elected official who represents voters in any given city.