Find The Best Clinical Pharmacologist Jobs For You

There is more than meets the eye when it comes to being a clinical pharmacologist. For example, did you know that they make an average of $57.44 an hour? That's $119,467 a year!

What Does a Clinical Pharmacologist Do

There are certain skills that many clinical pharmacologists have in order to accomplish their responsibilities. By taking a look through resumes, we were able to narrow down the most common skills for a person in this position. We discovered that a lot of resumes listed observation skills, communication skills and leadership skills.

When it comes to searching for a job, many search for a key term or phrase. Instead, it might be more helpful to search by industry, as you might be missing jobs that you never thought about in industries that you didn't even think offered positions related to the clinical pharmacologist job title. But what industry to start with? Most clinical pharmacologists actually find jobs in the pharmaceutical and health care industries.

How To Become a Clinical Pharmacologist

Average Salary for a Clinical Pharmacologist

Clinical Pharmacologists in America make an average salary of $119,467 per year or $57 per hour. The top 10 percent makes over $154,000 per year, while the bottom 10 percent under $92,000 per year.
Average Salary
$119,467
Find Your Salary Estimate
How much should you be earning as an Architect? Use Zippia's Salary Calculator to get an estimation of how much you should be earning.

Online Courses For Clinical Pharmacologist That You May Like 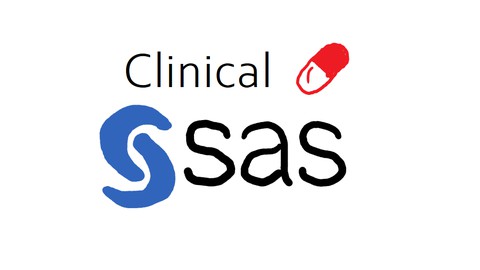 The Simplest Guide to Clinical Data Analysis with SAS 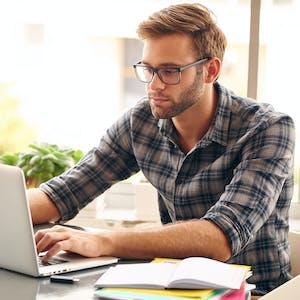 Evidence forms the basis of modern medicine. Clinical research provides us with this evidence, guiding health professionals towards solutions to problems that they face in daily practice. Transferring existing problems in medical practice to a research setting is a challenging process that requires careful consideration. The practice of clinical epidemiology aims to address this through the application of established approaches for research in human populations, while at all times focussing on t... 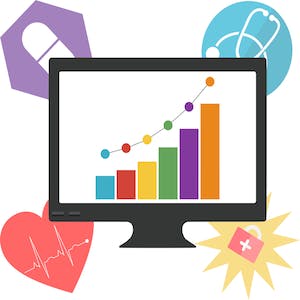 Are you interested in how to use data generated by doctors, nurses, and the healthcare system to improve the care of future patients? If so, you may be a future clinical data scientist! This specialization provides learners with hands on experience in use of electronic health records and informatics tools to perform clinical data science. This series of six courses is designed to augment learner's existing skills in statistics and programming to provide examples of specific challenges, tools, an...

Top Skills For a Clinical Pharmacologist

The skills section on your resume can be almost as important as the experience section, so you want it to be an accurate portrayal of what you can do. Luckily, we've found all of the skills you'll need so even if you don't have these skills yet, you know what you need to work on. Out of all the resumes we looked through, 25.5% of clinical pharmacologists listed data analysis on their resume, but soft skills such as observation skills and communication skills are important as well.

Best States For a Clinical Pharmacologist

Some places are better than others when it comes to starting a career as a clinical pharmacologist. The best states for people in this position are Connecticut, Delaware, Rhode Island, and Maine. Clinical pharmacologists make the most in Connecticut with an average salary of $154,201. Whereas in Delaware and Rhode Island, they would average $150,406 and $150,226, respectively. While clinical pharmacologists would only make an average of $146,604 in Maine, you would still make more there than in the rest of the country. We determined these as the best states based on job availability and pay. By finding the median salary, cost of living, and using the Bureau of Labor Statistics' Location Quotient, we narrowed down our list of states to these four.

Total Clinical Pharmacologist Jobs:
179
Highest 10% Earn:
$225,000
Location Quotient:
1.55
Location Quotient is a measure used by the Bureau of Labor Statistics (BLS) to determine how concentrated a certain industry is in a single state compared to the nation as a whole. You can read more about how BLS calculates location quotients here

Total Clinical Pharmacologist Jobs:
133
Highest 10% Earn:
$229,000
Location Quotient:
1.26
Location Quotient is a measure used by the Bureau of Labor Statistics (BLS) to determine how concentrated a certain industry is in a single state compared to the nation as a whole. You can read more about how BLS calculates location quotients here

Total Clinical Pharmacologist Jobs:
337
Highest 10% Earn:
$235,000
Location Quotient:
1.17
Location Quotient is a measure used by the Bureau of Labor Statistics (BLS) to determine how concentrated a certain industry is in a single state compared to the nation as a whole. You can read more about how BLS calculates location quotients here

How Do Clinical Pharmacologist Rate Their Jobs?