Coborn's, Inc. retails grocery products through a chain of supermarkets, convenience stores, and grocery stores in Minnesota, North Dakota, South Dakota, Iowa, Illinois, and Wisconsin. The company offers different grocery store formats, including Coborn s, Cash Wise, Marketplace Foods, and Save-A-Lot. Additionally, the company offers a service called CobornsDelivers and Cash Wise Delivers, an online grocery ordering and home delivery service. The company also owns and operates liquor stores, under the brands of Coborn s Liquor, Cash Wise Liquor, and Captain Jack s. The company s stores include bakery, coffee shops, deli and catering, dry cleaning, floral, liquor, meat and seafood, natural foods, pharmacy, photo, produce, and video departments. It also owns pharmacy division, in-house grocery warehouse and distribution center, in-house Central Bakery, and Tops Cleaners. The company was founded in 1921 and is based in St. Cloud, Minnesota.
Coborn's has been around for a long time. It was founded back in 1921. This established company loves to hire graduates from Saint Cloud State University, with 29.3% of its employees having attended Saint Cloud State University. Coborn's is a great place to work and is featured as number 3 on Zippia's list of Best Companies to Work for in Saint Cloud, MN.
A large retail company with 7,463 employees and an annual revenue of $1.4B, Coborn's is headquartered in Minnesota.

Perks of Working at Coborn's

The team at Coborn's

Key People
The Inside Scoop
Headquartered in St. Cloud, Minnesota, Coborn's, Inc. is a fast-growing employee-owned grocery retailer with stores in Minnesota, North Dakota, South Dakota, Iowa, Illinois and Wisconsin. They feature more than 120 grocery, convenience, liquor and other retail locations throughout the Midwest and employ more than 9,000 remarkable people in the communities where they do business. Coborn's, Inc. supports many retail locations. They operate their own central bakery, dry cleaning facility and grocery distribution center.
Show More

What do people say about Coborn's

Do you work at Coborn's ? Anonymously review Coborn's as an Employer.

Coborn's is ranked #22 on the Best Retail Companies to Work For in Minnesota list. Zippia's Best Places to Work lists provide unbiased, data-based evaluations of companies. Rankings are based on government and proprietary data on salaries, company financial health, and employee diversity.

On average, employees at Coborn's stay with the company for 2.9 years. Employees most commonly join Coborn's after leaving Walmart. When they leave Coborn's, they most frequently get their next job at Walmart.

Do you Work At Coborn's? 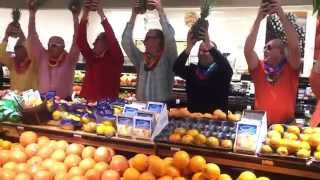 We Love Working at Coborn's!

How Would You Rate The Company Culture Of Coborn's?

Have you worked at Coborn's? Help other job seekers by rating Coborn's.

When was Coborn's founded?

How many Employees does Coborn's have?

How much money does Coborn's make?

Coborn's generates $1.4B in revenue.

What industry is Coborn's in?

Coborn's is in the retailing industry.

What type of company is Coborn's?

Coborn's is a private company.

Who works at Coborn's?

Are you an executive, HR leader, or brand manager at Coborn's?

You can find out what it is like to work at Coborn's, also known as Coborn's, Coborn's Inc and Coborn's, Inc..

Zippia gives an in-depth look into the details of Coborn's, including salaries, political affiliations, employee data, and more, in order to inform job seekers about Coborn's. The employee data is based on information from people who have self-reported their past or current employments at Coborn's. While we have made attempts to ensure that the information displayed are correct, Zippia is not responsible for any errors or omissions, or for the results obtained from the use of this information. The data presented on this page does not represent the view of Coborn's and its employees or that of Zippia.