What is a Combat Engineer?

The primary duty of a combat engineer is to oversee building engineering, construction, and inspection in combat situations. He/She supervises and assists team members when moving through rough terrain in combat situations. He/She constructs fighting positions, bridges, obstacles, and defensive positions. As a combat engineer, you will build defenses to protect the troops. Likewise, you'll be tasked with destroying obstacles on the combat troop's path. You'll lay or clear minefields and prepare and install firing systems for demolition and explosives.

For this position, enlisted members must take the Armed Services Vocational Aptitude Battery. This is to know the best Army jobs for them. After this, they would undergo weeks of One Station Unit Training (OSUT), Basic Combat Training, and Advanced Individual Training. Candidates must possess analytical, decision-making, problem-solving, communication, leadership, and basic construction skills. Combat engineers make an average salary of $44,825 per annum. This varies between $27,000 and $74,000.


What Does a Combat Engineer Do

There are certain skills that many combat engineers have in order to accomplish their responsibilities. By taking a look through resumes, we were able to narrow down the most common skills for a person in this position. We discovered that a lot of resumes listed communication skills, empathy and good judgment.

How To Become a Combat Engineer

As you move along in your career, you may start taking on more responsibilities or notice that you've taken on a leadership role. Using our career map, a combat engineer can determine their career goals through the career progression. For example, they could start out with a role such as team leader, progress to a title such as supervisor and then eventually end up with the title superintendent.

Average Salary for a Combat Engineer

States With The Most Combat Engineer Jobs

Mouse over a state to see the number of active combat engineer jobs in each state. The darker areas on the map show where combat engineers earn the highest salaries across all 50 states.

Top Skills For a Combat Engineer

The skills section on your resume can be almost as important as the experience section, so you want it to be an accurate portrayal of what you can do. Luckily, we've found all of the skills you'll need so even if you don't have these skills yet, you know what you need to work on. Out of all the resumes we looked through, 35.5% of combat engineers listed demolition on their resume, but soft skills such as communication skills and empathy are important as well.

Zippia allows you to choose from different easy-to-use Combat Engineer templates, and provides you with expert advice. Using the templates, you can rest assured that the structure and format of your Combat Engineer resume is top notch. Choose a template with the colors, fonts & text sizes that are appropriate for your industry.

Online Courses For Combat Engineer That You May Like

Advertising Disclosure  The courses listed below are affiliate links. This means if you click on the link and purchase the course, we may receive a commission.
Electrical Power Engineering Principles
4.5
(821)

Learn about the diesel engine! Ideal for Automotive Engineering and Automobile Engineering!...

How Do Combat Engineer Rate Their Jobs?

Most Common Employers For Combat Engineer 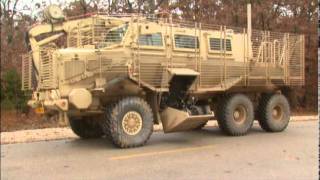 Have more questions? See all answers to common military questions.