Best Companies In Auburn, ME 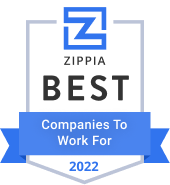 Show More
What people like about John F Murphy Homes:

I work at JFM because the staff employed there improve the lives of the people they support. There is always an opportunity to grow within the company. Many of my coworkers have workerd here for over 20 years.

Welcome to the Mechanics Savings Bank Facebook page! Remember, information posted on Facebook is not secure or encrypted. Never post private personal or account information, whether on our Page or through a message. If you need assistance with your acc...

Lepage Bakeries is a privately held baking company, engages in the manufacture and sale of breads. rolls. Lepage, a strong regional baker that serves New England and New York. Lepage operates two bakeries in Maine and one in Vermont with fresh breads, buns, rolls, croissants, English muffins, and donuts.

Founded in 1929 by Joseph W. Albiston in Auburn, Maine, Maine Oxy originally provided service to home propane customers. Over the past 80 years, Maine Oxy has grown from its modest beginnings into a sales and manufacturing leader operating in 16 locati...

If you're looking for career and technical education, education to transfer to four-year programs, services to support economic development, and lifelong learning opportunities at the lowest tuition in all of Maine, then you'd do well to look into the Central Maine Community College in Auburn, Maine. Academics offered at the college include over 25 programs in technical, business, and health careers, like: * Accounting * Automotive Technology * Building Construction Technology * Business and Computer Applications * Construction Safety and Health * Culinary Arts * Human Services * Liberal Arts Studies The college also provides students with a number of special services, including academic advising, career mentoring, tutoring, placement testing, writing assistance and many more. To ensure that all students have the same opportunities for education, classes are offered weekdays, evenings, and even on Saturdays. The college also offers continuing education courses for employees and employers who want to keep up to date with industry trends and interests. Tuition costs differ depending on the student's location. Maine residents pay the least; New England residents pay slightly more; and out of state students pay full tuition. In addition, non-technical courses are less expensive than technical courses. Financial aid is available to eligible students. The college also offers two scholarships unique to the school: the Musgrave Fund Scholarship and the Jason Spaulding Scholarship.

To serve our community through professional law enforcement services that protect the lives and property of the citizens and strives to improve the quality of life in our community.

Official Tweet of the Androscoggin Valley Council of Governments, ME

Western Maine Transportation Services (WMTS) will help you and your family get to your destination safely, comfortably, and reliably.

Auburn Public Library is the public library of Auburn, Maine.

To maintain a working partnership between our owner-operators and our employees that provides safe, courteous, quality service to our customers and their associates.

To drive brand loyalty by providing frictionless interactions based on customer preference. In short, we help customers where and how they want to be helped.

The Odd Fellows' and Rebekahs' Home of Maine is committed to providing the highest quality compassionate care to elders in our community. We are a non-profit residential care and nursing facility in Auburn, Maine.

Other National Companies With Offices in Auburn, ME

Show More
What people like about John F Murphy Homes:

I work at JFM because the staff employed there improve the lives of the people they support. There is always an opportunity to grow within the company. Many of my coworkers have workerd here for over 20 years.

The Hearst Corporation is an American multinational diversified media and information company group that publishes daily and weekly newspapers, and magazines. The company also operates television stations and radio stations, and cable networks; and provides information, insights, analytics, and workflow solutions to finance, healthcare, and transportation markets. Some of its major ownership interests include 15 daily and 36 weekly newspapers and more than 300 magazines worldwide, including Harper's Bazaar, Cosmopolitan, Esquire, Elle, and O, The Oprah Magazine; 30 television stations through Hearst Television, Inc., which reach a combined 19% of U.S. viewers; ownership in leading cable networks, including A+E Networks, and ESPN Inc.; as well as business publishing, digital distribution, television production, newspaper features distribution, and real estate ventures. The Hearst Corporation was founded in 1887 and is based in New York City.

EP Fitness Online brings together a personalized approach to fitness, nutrition and health. Their clients work as a team in a competitive landscape but also work towards their individual health needs. This company works with small- to large-sized businesses around the world leveraging technology that increases engagement and ROI. EP Fitness specializes in private, partner and online programs in Gastown and Downtown Vancouver. They provide efficient and effective fitness for busy-working professionals.

Acuren has been providing an unrivaled spectrum of services to support the safe operation of industrial assets for four decades. Their services include conventional and advanced nondestructive testing and examination NDT & NDE), inspection, engineering, rope access enabling and condition-based monitoring services. They have over 100 engineers with over 4000 field personnel.

To achieve the highest level of customer service through professional installation of the highest quality product, at a fair price. We value honesty, integrity, and commitment in all our relationships, with employees, contractors & customers.

Lepage Bakeries is a privately held baking company, engages in the manufacture and sale of breads. rolls. Lepage, a strong regional baker that serves New England and New York. Lepage operates two bakeries in Maine and one in Vermont with fresh breads, buns, rolls, croissants, English muffins, and donuts.

We all come from different walks of life, but there's one thing we share: we live our lives in color. Learn more about Norway Savings Bank now.

Culture and ability to make local decisions and concentrate on customer service and establishing relationships with me customers.

Day's Jewelers carry a broad selection of diamond engagement rings, gemstone jewelry, and watches. Located in their Maine and New Hampshire stores and on their website.

Best Companies In Auburn, ME

About Zippia's Best Companies To Work For

You can read about how the Zippia Score and Company Rankings are calculated here.

Best Companies To Work For In Nearby Cities

Jobs In Nearby Cities