How to Become a Computer Engineer

A Computer Engineer tests, designs, builds, and maintains various hardware and software infrastructures and systems. They are tasked with designing computer processors, circuit boards, networks, digital platforms, and other similar technological pieces, as well as fixing any issues that might come up during or after the development of a project.

They typically work for large IT and innovation companies, research laboratories, and technological manufacturers. There are many variants of a Computer Engineer, as well as many sub-specializations, such as robotics, aircraft design, and wireless networks.

Employers will generally ask that a candidate for this position have at least a Bachelor's degree in Computer Engineering, though some might demand higher degrees. Diplomas and certificates in other, similar subjects, like Computer Science or Electrical Engineering, may be acceptable, but the first is usually preferred. Mathematics, software and programming, circuit boards, and analytical skills are all important parts of the knowledge and tools necessary to be good in this job.

There is more than meets the eye when it comes to being a computer engineer. For example, did you know that they make an average of $46.65 an hour? That's $97,031 a year!

What Does a Computer Engineer Do

There are certain skills that many computer engineers have in order to accomplish their responsibilities. By taking a look through resumes, we were able to narrow down the most common skills for a person in this position. We discovered that a lot of resumes listed customer-service skills, listening skills and speaking skills.

Learn more about what a Computer Engineer does

How To Become a Computer Engineer

As you move along in your career, you may start taking on more responsibilities or notice that you've taken on a leadership role. Using our career map, a computer engineer can determine their career goals through the career progression. For example, they could start out with a role such as software engineer, progress to a title such as systems engineer and then eventually end up with the title manager, systems engineering.

Average Salary for a Computer Engineer

Top Skills For a Computer Engineer

The skills section on your resume can be almost as important as the experience section, so you want it to be an accurate portrayal of what you can do. Luckily, we've found all of the skills you'll need so even if you don't have these skills yet, you know what you need to work on. Out of all the resumes we looked through, 14.5% of computer engineers listed python on their resume, but soft skills such as customer-service skills and listening skills are important as well.

Zippia allows you to choose from different easy-to-use Computer Engineer templates, and provides you with expert advice. Using the templates, you can rest assured that the structure and format of your Computer Engineer resume is top notch. Choose a template with the colors, fonts & text sizes that are appropriate for your industry.

Online Courses For Computer Engineer That You May Like

Advertising Disclosure  The courses listed below are affiliate links. This means if you click on the link and purchase the course, we may receive a commission.
Computer Basics - Windows 7/10 - Desktop IT Support Training
4.2
(1,123)

C++ is a general purpose programming language that supports various computer programming models such as object-oriented programming and generic programming. Its main purpose was to make writing good programs easier and more pleasant for the individual programmer. By learning C++, you can create applications that will run on a wide variety of hardware platforms such as personal computers running Windows, Linux, UNIX, and Mac OS X.The main target of this course is to help the students who are stil...

Best States For a Computer Engineer

Some places are better than others when it comes to starting a career as a computer engineer. The best states for people in this position are California, Washington, Nevada, and North Dakota. Computer engineers make the most in California with an average salary of $128,961. Whereas in Washington and Nevada, they would average $121,159 and $110,059, respectively. While computer engineers would only make an average of $103,085 in North Dakota, you would still make more there than in the rest of the country. We determined these as the best states based on job availability and pay. By finding the median salary, cost of living, and using the Bureau of Labor Statistics' Location Quotient, we narrowed down our list of states to these four.

Total Computer Engineer Jobs:
2,415
Highest 10% Earn:
$151,000
Location Quotient:
1.83 Location Quotient is a measure used by the Bureau of Labor Statistics (BLS) to determine how concentrated a certain industry is in a single state compared to the nation as a whole. You can read more about how BLS calculates location quotients here

Total Computer Engineer Jobs:
8,199
Highest 10% Earn:
$171,000
Location Quotient:
1.56 Location Quotient is a measure used by the Bureau of Labor Statistics (BLS) to determine how concentrated a certain industry is in a single state compared to the nation as a whole. You can read more about how BLS calculates location quotients here

Total Computer Engineer Jobs:
309
Highest 10% Earn:
$130,000
Location Quotient:
1.37 Location Quotient is a measure used by the Bureau of Labor Statistics (BLS) to determine how concentrated a certain industry is in a single state compared to the nation as a whole. You can read more about how BLS calculates location quotients here

How Do Computer Engineer Rate Their Jobs?

Most Common Employers For Computer Engineer 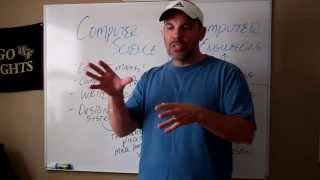 What Is Computer Engineering? 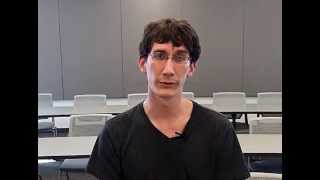 Advice from a Computer Engineering (BSCE) student from drkit.org