How to Become a Concert Manager

What is a Concert Manager

There is more than meets the eye when it comes to being a Concert Manager. For example, did you know that they make an average of $28.25 an hour? That's $58,764 a year!

What Does a Concert Manager Do

How To Become a Concert Manager

Average Salary for a Concert Manager

Concert Managers in America make an average salary of $58,764 per year or $28 per hour. The top 10 percent makes over $126,000 per year, while the bottom 10 percent under $27,000 per year.
Average Salary
$58,764
Find Your Salary Estimate
How much should you be earning as an Concert Manager? Use Zippia's Salary Calculator to get an estimation of how much you should be earning.

Zippia allows you to choose from different easy-to-use Concert Manager templates, and provides you with expert advice. Using the templates, you can rest assured that the structure and format of your Concert Manager resume is top notch. Choose a template with the colors, fonts & text sizes that are appropriate for your industry. 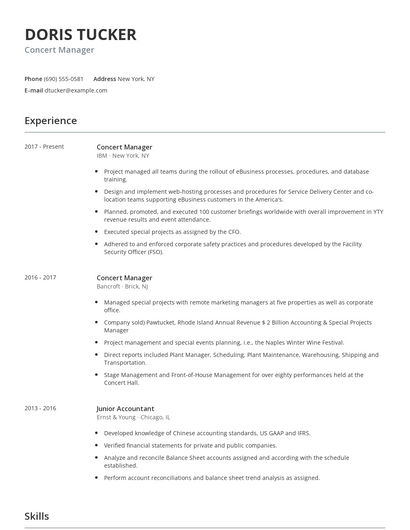 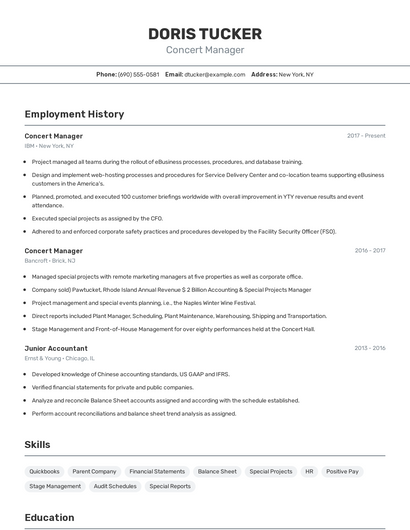 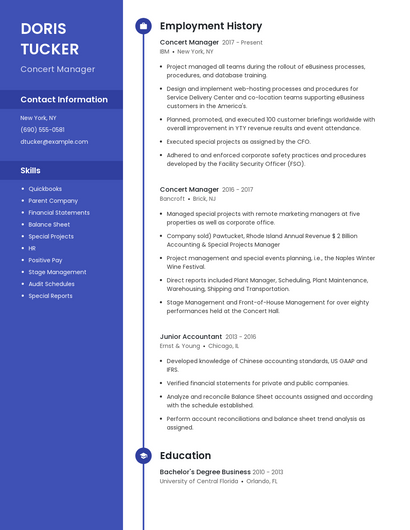 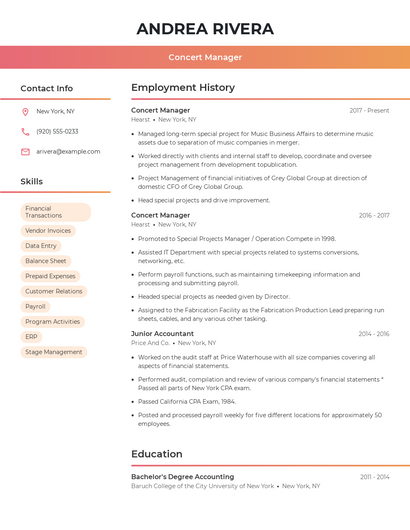 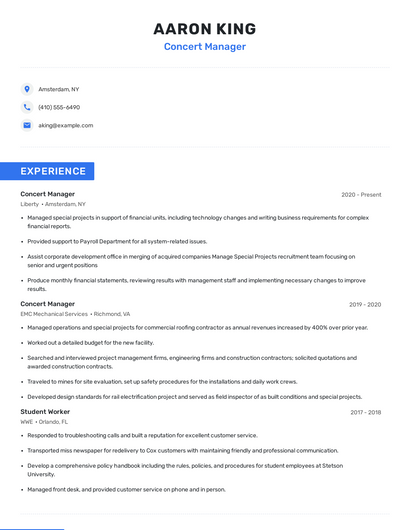 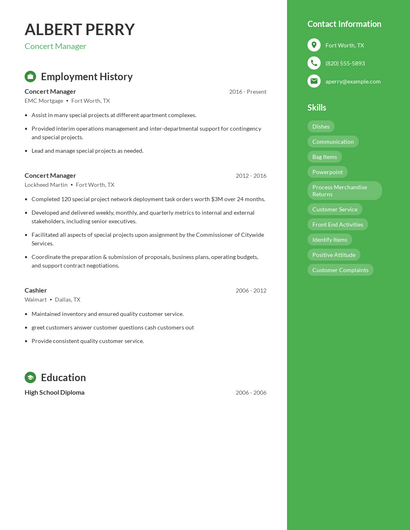 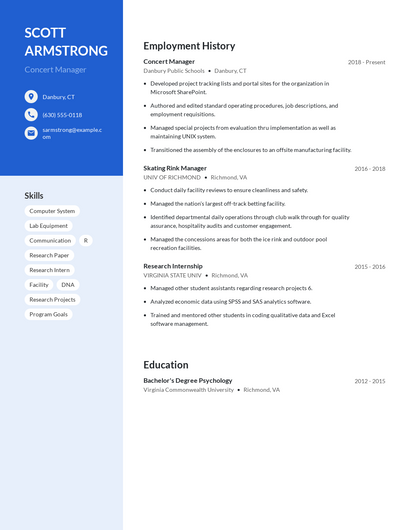 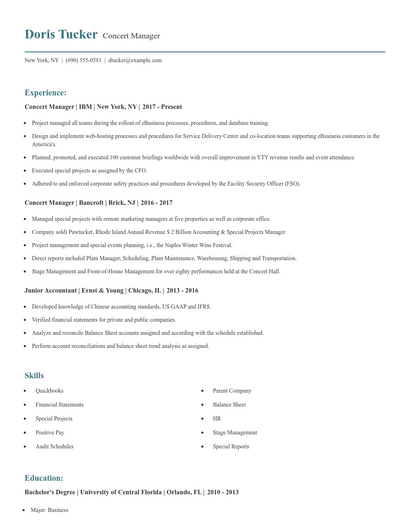 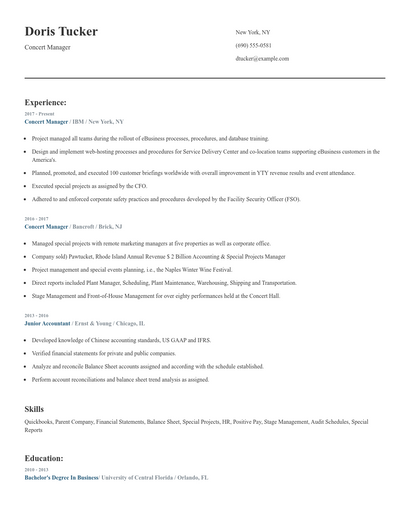 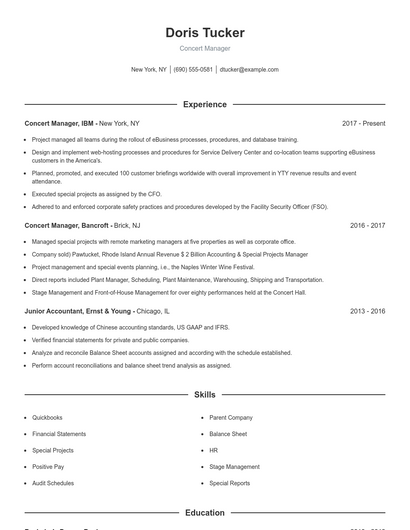 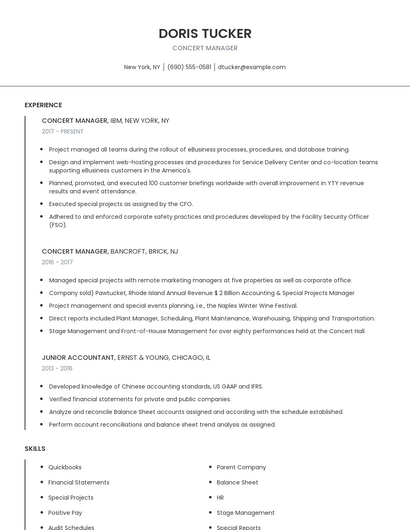 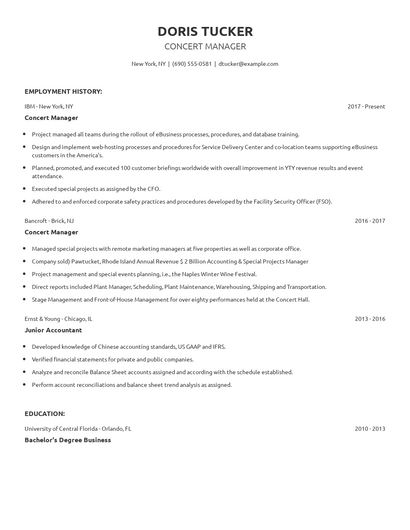 Find the best Concert Manager job for you

Find the best Concert Manager job for you

Online Courses For Concert Manager That You May Like

Brain and behavior are inextricably linked in neuroscience. The function of the brain is to govern behavior, and the aim of this course is to causally link biophysical mechanisms with simple behaviors studied in mice. The brain processes information through the concerted activity of many neurons, which communicate with each other through synapses organised in highly dynamic networks. The first goal of the course is to gain a detailed understanding of the structure and function of the...

Taught by music historian and Stanford Professor Stephen Hinton in collaboration with the university's ensemble-in-residence, the St. Lawrence String Quartet, you’ll be given a critical overview of Beethoven’s quartets and their reception history. Using a mix of lectures, discussions and copious demonstrations, Professor Hinton will focus in detail on three complete quartets: one early, one middle, and one late. As a special course feature, you’ll view live performances by the SLSQ recorded in...

Top Skills For a Concert Manager

How Do Concert Manager Rate Their Jobs?

Most Common Employers For Concert Manager