What is a Cryptologic Linguist?

One of the keys responsibilities of a cryptologic linguist is communication by breaking down or simplifying complex ideas. A cryptologic linguist is required to identify foreign communication using signal equipment. As such, they are usually important for the national defense that depends largely on the information that comes from foreign languages.

For this role, you are expected to provide translation expertise to analysts. You must also be able to give expert tips to appropriate authorities and recognize changes in transmission mode. Part of your jurisdiction is to providing transcriptions and translations from foreign languages. As expected, cryptologic linguists work majorly in the military sector.

A good cryptologic linguist must be able to identify foreign communication from an assigned geological area. He/She must also enjoy reading and writing. Plus, good people-oriented skills, a great interest and passion in communication, speech, and foreign languages are equally essential. The average yearly salary of a cryptologic linguist is $52,432. The most common educational qualification employers ask for is a bachelor's degree.

What Does a Cryptologic Linguist Do

There are certain skills that many cryptologic linguists have in order to accomplish their responsibilities. By taking a look through resumes, we were able to narrow down the most common skills for a person in this position. We discovered that a lot of resumes listed business skills, cultural sensitivity and dexterity.

How To Become a Cryptologic Linguist

As you move along in your career, you may start taking on more responsibilities or notice that you've taken on a leadership role. Using our career map, a cryptologic linguist can determine their career goals through the career progression. For example, they could start out with a role such as analyst, progress to a title such as supervisor and then eventually end up with the title operations superintendent.

Average Salary for a Cryptologic Linguist

States With The Most Cryptologic Linguist Jobs

Top Skills For a Cryptologic Linguist

The skills section on your resume can be almost as important as the experience section, so you want it to be an accurate portrayal of what you can do. Luckily, we've found all of the skills you'll need so even if you don't have these skills yet, you know what you need to work on. Out of all the resumes we looked through, 50.4% of cryptologic linguists listed tip on their resume, but soft skills such as business skills and cultural sensitivity are important as well.

Zippia allows you to choose from different easy-to-use Cryptologic Linguist templates, and provides you with expert advice. Using the templates, you can rest assured that the structure and format of your Cryptologic Linguist resume is top notch. Choose a template with the colors, fonts & text sizes that are appropriate for your industry.

See Program Details
Getting Ready to Join the Workforce Program

Online Courses For Cryptologic Linguist That You May Like

Advertising Disclosure  The courses listed below are affiliate links. This means if you click on the link and purchase the course, we may receive a commission.
Understanding and developing Emotional Intelligence
4.5
(5,447)

What Emotional Intelligence is, why It matters, and how to develop it...

View Details on Udemy
An Introduction to Emotional Intelligence
4.4
(2,660)

The secrets of emotional intelligence. What everyone should know about the intelligence in emotions...

How Do Cryptologic Linguist Rate Their Jobs?

Most Common Employers For Cryptologic Linguist 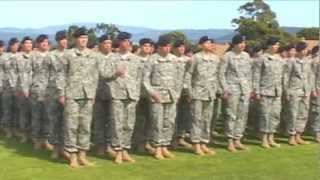 Foreign Language: An Adventure of a Lifetime