The Culture At Cummins

Information provided by the company
A commitment to excellence is deeply rooted in Cummins tradition of exceptional service. Our employees are dedicated to delivering the "Best Every Time, Every Day" with the goal of earning customers for life!
Cummins is a team of dependable, innovative thinkers, who are empowered to
Crucial to accomplishing this is the energy and commitment of Cummins employees to the company.
Exemplary personal and professional integrity and business ethics, as well as a commitment to diversity and a respect for others
Instills trust - Gaining the confidence and trust of others through honesty, integrity, and authenticity.

Cummins Inc. is a diesel engine manufacturer. The Company designs, manufactures, distributes and services diesel and natural gas engines, electric power generation systems and engine-related component products, including filtration, exhaust aftertreatment, fuel systems, fuel systems, controls systems, air handling systems and electric power. The Company sells its products to original equipment manufacturers (OEMs), distributors and other customers worldwide. It serves its customers through a network of more than 600 company owned and independent distributor locations and more than 6,500 dealer locations in more than 190 countries and territories. It has four segments: Engine, Power Generation, Components and Distribution. In April 2011, the Company sold its exhaust business to Global Tube. In July 2012, the Company acquired the emission control assets of Hilite International in Marktheidenfeld. The Hilite assets are part of Cummins Emission Solution (CES).
The staff at Cummins come from unusually diverse demographic backgrounds. The company is 31.2% female and 39.7% ethnic minorities. The diversity in Cummins employees extends to employee political beliefs. Its employees are politically diverse and represent a balanced blend of political orientations, with 49.6% Democrats and 49.6% Republicans. Despite their political differences, employees at Cummins seem to be happy. The company has great employee retention with staff members usually staying for 5.1 years. The average employee at Cummins makes $71,987 per year. In comparison, some of its highest paying competitors, like Tesla, General Electric, and Navistar International, pay $99,274, $85,938, and $79,134, respectively.
Based in Indiana, Cummins is an industry leader with 57,825 employees and an annual revenue of $19.8B.

Job its self is easy and not super hard

Frequent layoffs. Although I have not been affected by it, it is overwhelming for the Columbus community every time we have to go to a round of layoffs.

It is good to pay though but located in a remote town where there is little life outside of work.

This companies enjoyment level to work greatly depends on the business unit, department, or team you work for. There are very little leadership and a lot of guessing. The is a culture created at scapegoating and finger-pointing when things go wrong, and to steal credit when things are going right.

It was just an internship, so I was just looking for more work.

The room to grow, benefits

The lack of pay scale for sob sill levels

Do you work at Cummins? Rate Cummins as an Employer.

How would you rate working at Cummins?

The Team At Cummins

Cummins is ranked #26 on the Best Automotive Companies to Work For in America list. Zippia's Best Places to Work lists provide unbiased, data-based evaluations of companies. Rankings are based on government and proprietary data on salaries, company financial health, and employee diversity.

While Cummins employees earn an average yearly salary of $71,987, different roles can command different wages. Some of the positions that earn high wages at Cummins include Technical Advisor, Purchasing Manager, Technical Specialist, and Engineering Group Leader. A typical Technical Advisor salary at Cummins is $104,668. Some of the other roles at Cummins are Assembly Line Worker and Material Handler. A worker with the title Assembly Line Worker at Cummins earns an average salary of $29,668 per year.
Title

On average, employees at Cummins stay with the company for 5.1 years. Employees most commonly join Cummins after leaving United States Army Corps of Engineers. When they leave Cummins, they most frequently get their next job at Caterpillar.

Do you Work At Cummins?

Cummins employees are most likely to be members of the Republican Party. The largest donation made to a political party by a Cummins employee was by Marya Rose. Marya Rose donated $23,251 to the Democratic Party. 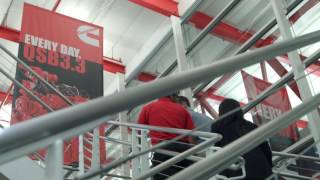 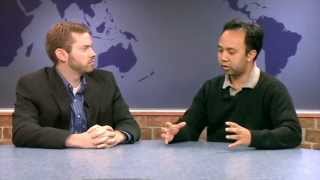 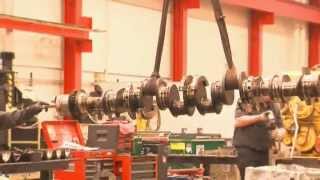 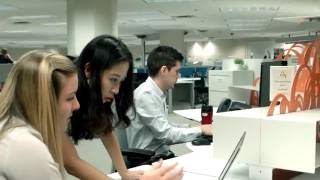 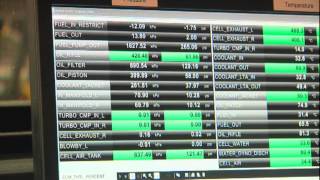 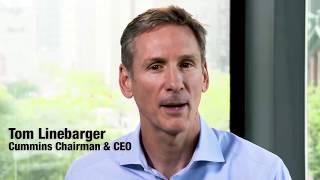 Our Story: You Are Our Future

How Would You Rate The Company Culture Of Cummins?

Have you worked at Cummins? Help other job seekers by rating Cummins.

When was Cummins founded?

How many Employees does Cummins have?

How much money does Cummins make?

Cummins generates $19.8B in revenue.

What industry is Cummins in?

Cummins is in the automotive industry.

What type of company is Cummins?

Cummins is a public company.

Who works at Cummins?

Are You An Executive, HR Leader, Or Brand Manager At Cummins?

Zippia gives an in-depth look into the details of Cummins, including salaries, political affiliations, employee data, and more, in order to inform job seekers about Cummins. The employee data is based on information from people who have self-reported their past or current employments at Cummins. The data on this page is also based on data sources collected from public and open data sources on the Internet and other locations, as well as proprietary data we licensed from other companies. Sources of data may include, but are not limited to, the BLS, company filings, estimates based on those filings, H1B filings, and other public and private datasets. While we have made attempts to ensure that the information displayed are correct, Zippia is not responsible for any errors or omissions or for the results obtained from the use of this information. None of the information on this page has been provided or approved by Cummins. The data presented on this page does not represent the view of Cummins and its employees or that of Zippia.