How to Become a Data Engineer

A data engineer is responsible for transforming raw and unstructured data into a useful format for analysis. They do this by building and maintaining an analytics infrastructure that enables all other data functions, including large-scale processing systems, databases, and servers.

A successful data engineer should have a strong foundation in software engineering and knowledge of programming languages, such as Python, Ruby, Java, SQL, and Scala. Data engineers typically work a full-time schedule at 40 hours a week, Monday to Friday. They may be required to work extra hours or on weekends, too. For this extensive background knowledge, data engineers earn $50.69 every hour for their services.

What Does a Data Engineer Do

There are certain skills that many data engineers have in order to accomplish their responsibilities. By taking a look through resumes, we were able to narrow down the most common skills for a person in this position. We discovered that a lot of resumes listed creativity, problem-solving skills and detail oriented.

Learn more about what a Data Engineer does

How To Become a Data Engineer

In addition to switching up your job search, it might prove helpful to look at a career path for your specific job. Now, what's a career path you ask? Well, it's practically a map that shows how you might advance from one job title to another. Our career paths are especially detailed with salary changes. So, for example, if you started out with the role of senior software engineer you might progress to a role such as team leader eventually. Later on in your career, you could end up with the title service delivery manager.

Average Salary for a Data Engineer

Top Skills For a Data Engineer

The skills section on your resume can be almost as important as the experience section, so you want it to be an accurate portrayal of what you can do. Luckily, we've found all of the skills you'll need so even if you don't have these skills yet, you know what you need to work on. Out of all the resumes we looked through, 12.7% of data engineers listed python on their resume, but soft skills such as creativity and problem-solving skills are important as well.

Zippia allows you to choose from different easy-to-use Data Engineer templates, and provides you with expert advice. Using the templates, you can rest assured that the structure and format of your Data Engineer resume is top notch. Choose a template with the colors, fonts & text sizes that are appropriate for your industry.

Online Courses For Data Engineer That You May Like

Advertising Disclosure  The courses listed below are affiliate links. This means if you click on the link and purchase the course, we may receive a commission.
Hands-on HADOOP Masterclass - Tame the Big Data!
4.1
(438)

Learn key Data Engineering Skills such as SQL, Python and Spark with tons of Hands-on tasks and exercises...

Best States For a Data Engineer

Some places are better than others when it comes to starting a career as a data engineer. The best states for people in this position are California, Washington, Oregon, and New York. Data engineers make the most in California with an average salary of $122,022. Whereas in Washington and Oregon, they would average $119,765 and $114,144, respectively. While data engineers would only make an average of $107,169 in New York, you would still make more there than in the rest of the country. We determined these as the best states based on job availability and pay. By finding the median salary, cost of living, and using the Bureau of Labor Statistics' Location Quotient, we narrowed down our list of states to these four.

Total Data Engineer Jobs:
5,265
Highest 10% Earn:
$159,000
Location Quotient:
2.19 Location Quotient is a measure used by the Bureau of Labor Statistics (BLS) to determine how concentrated a certain industry is in a single state compared to the nation as a whole. You can read more about how BLS calculates location quotients here

Total Data Engineer Jobs:
13,637
Highest 10% Earn:
$165,000
Location Quotient:
1.42 Location Quotient is a measure used by the Bureau of Labor Statistics (BLS) to determine how concentrated a certain industry is in a single state compared to the nation as a whole. You can read more about how BLS calculates location quotients here

Total Data Engineer Jobs:
1,841
Highest 10% Earn:
$152,000
Location Quotient:
1.35 Location Quotient is a measure used by the Bureau of Labor Statistics (BLS) to determine how concentrated a certain industry is in a single state compared to the nation as a whole. You can read more about how BLS calculates location quotients here

How Do Data Engineer Rate Their Jobs?

Most Common Employers For Data Engineer 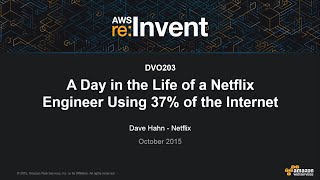 A data architect is a tech professional who designs the vision and plan for a company's data framework, while a data engineer is tasked with implementing a data architect's vision.

A data architect is tasked with formulating the organizational data strategy. They also seek to define the data management standards and principles that a company uses. Data architects design data blueprints that other data colleagues adhere to and implement.

A data engineer is an IT professional who conceptualizes and builds platforms that gather, manage, and analyze data, while a data analyst scrutinizes numeric data and uses it to help companies make certain decisions.

Yes, data engineers code. They are expected to be well-versed in several coding languages such as Python, Perl, and other common programming languages.

Is data engineering a good job?

Due to the nature of a data engineer's job, many can work from remote locations such as a home office, satellite location, or a location designated by their client. Many can set schedules according to project deadlines and the needs of the rest of their team but can often find flexibility in their daily schedules if they need to.

Is it hard to become a data engineer?

Yes, it is hard to become a data engineer. Data engineers need to have a strong portfolio, relevant background experience, the ability to understand how data analysis and development work together.

What should I study to become a data engineer?

If you want to become a data engineer, study one or more of the following:

What skills are required for a data engineer?

Data engineers are required to have the following skills and aptitudes:

A data analyst's primary skill set revolves around data acquisition, handling, and processing. A data analyst is more focused on pre-processing and data gathering as well as representing that data via reporting and visualization tools. It is important for a data analyst to have a deep understanding of data cleaning, data conversion, and data modeling.