How to Become a Deli Worker

A deli worker specializes in recommending and preparing food, packaging and labeling products, and responding to customers' requests. You must maintain the cleanliness of the store and follow the rules and regulations, and provide services to deli counter customers by answering questions, making recommendations, and responding to inquiries and requests. You will also manage operations at the front-end to make sure that there are friendly transactions at checkout. Plus, you will prepare special orders and party trays and inform the inventory manager when you are running out of supplies. You are also to ensure that work areas are clean enough to serve customers and ensure you follow all food safety and sanitation guidelines.

As a deli worker, you need a high school diploma and a few years of experience at the deli counter. You should be able to lift heavy items and stand for long hours. Also, you must be courteous and customer-friendly. As a deli worker, you will earn an average salary of $25,029.

What Does a Deli Worker Do

There are certain skills that many deli workers have in order to accomplish their responsibilities. By taking a look through resumes, we were able to narrow down the most common skills for a person in this position. We discovered that a lot of resumes listed listening skills, physical strength and dexterity.

Learn more about what a Deli Worker does

How To Become a Deli Worker

As you move along in your career, you may start taking on more responsibilities or notice that you've taken on a leadership role. Using our career map, a deli worker can determine their career goals through the career progression. For example, they could start out with a role such as housekeeper, progress to a title such as personal assistant and then eventually end up with the title account manager.

Average Salary for a Deli Worker

Top Skills For a Deli Worker

The skills section on your resume can be almost as important as the experience section, so you want it to be an accurate portrayal of what you can do. Luckily, we've found all of the skills you'll need so even if you don't have these skills yet, you know what you need to work on. Out of all the resumes we looked through, 26.1% of deli workers listed customer service on their resume, but soft skills such as listening skills and physical strength are important as well.

Zippia allows you to choose from different easy-to-use Deli Worker templates, and provides you with expert advice. Using the templates, you can rest assured that the structure and format of your Deli Worker resume is top notch. Choose a template with the colors, fonts & text sizes that are appropriate for your industry.

Online Courses For Deli Worker That You May Like

Advertising Disclosure  The courses listed below are affiliate links. This means if you click on the link and purchase the course, we may receive a commission.
Sustainable Food Security: Food Access

Food access: Learn about food supply and food security Have you ever considered that you’re not the only one who decides what food ends up on your plate? In this environmental studies course, you’ll explore how key actors at household, local, national and international levels negotiate and make choices on access to food. You will understand why the choices you make have been predestined. And you will learn what it takes to provide access to a safe and nutritious food supply every day. For whom?...

Best States For a Deli Worker

Some places are better than others when it comes to starting a career as a deli worker. The best states for people in this position are Washington, Oregon, California, and Alaska. Deli workers make the most in Washington with an average salary of $45,135. Whereas in Oregon and California, they would average $43,551 and $39,445, respectively. While deli workers would only make an average of $35,605 in Alaska, you would still make more there than in the rest of the country. We determined these as the best states based on job availability and pay. By finding the median salary, cost of living, and using the Bureau of Labor Statistics' Location Quotient, we narrowed down our list of states to these four.

Total Deli Worker Jobs:
1,100
Highest 10% Earn:
$54,000
Location Quotient:
1.6 Location Quotient is a measure used by the Bureau of Labor Statistics (BLS) to determine how concentrated a certain industry is in a single state compared to the nation as a whole. You can read more about how BLS calculates location quotients here

Total Deli Worker Jobs:
4,140
Highest 10% Earn:
$51,000
Location Quotient:
1.51 Location Quotient is a measure used by the Bureau of Labor Statistics (BLS) to determine how concentrated a certain industry is in a single state compared to the nation as a whole. You can read more about how BLS calculates location quotients here

Total Deli Worker Jobs:
517
Highest 10% Earn:
$54,000
Location Quotient:
1.33 Location Quotient is a measure used by the Bureau of Labor Statistics (BLS) to determine how concentrated a certain industry is in a single state compared to the nation as a whole. You can read more about how BLS calculates location quotients here

How Do Deli Worker Rate Their Jobs?

Most Common Employers For Deli Worker 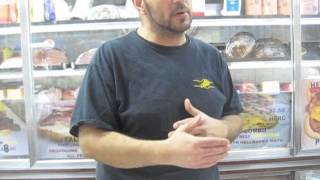 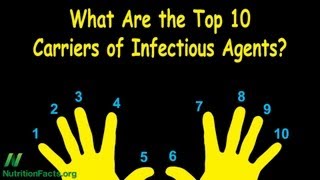 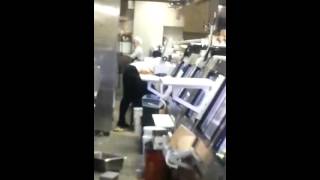