Delta Gamma, commonly known as DG, is a sorority in the United States and Canada with over 250,000 initiated members. It has 151 collegiate chapters in the United States and Canada and more than 200 alumnae groups. The organization's executive office is in Columbus, Ohio.
Delta Gamma has been around for a long time. It was founded back in 1873. This established organization loves to hire graduates from Florida State University, with 8.0% of its employees having attended Florida State University. Delta Gamma is a great place to work and is featured as number 2 on Zippia's list of Best Companies to Work for in Upper Arlington, OH.
Based in Ohio, Delta Gamma is a medium-sized professional organization with 390 employees.

The team at Delta Gamma

What do people say about Delta Gamma

What Do You Like About Working For Delta Gamma?

On average, employees at Delta Gamma stay with the company for 2.0 years. Employees most commonly join Delta Gamma after leaving Abercrombie & Fitch. When they leave Delta Gamma, they most frequently get their next job at Nordstrom.

Do you Work At Delta Gamma? 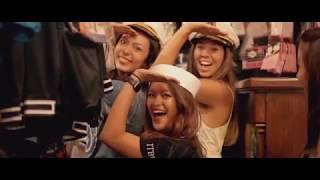 6.6
Performance Score
We calculated the performance score of companies by measuring multiple factors, including revenue, longevity, and stock market performance.

How Would You Rate The Company Culture Of Delta Gamma?

Have you worked at Delta Gamma? Help other job seekers by rating Delta Gamma.

When was Delta Gamma founded?

How many Employees does Delta Gamma have?

What industry is Delta Gamma in?

Delta Gamma is in the services industry.

What type of company is Delta Gamma?

Delta Gamma is a nonprofit company.

Who are Delta Gamma's competitors?

Who works at Delta Gamma?

Where is Delta Gamma's headquarters?

You can find the Delta Gamma website at dgckids.org.

Are you an executive, HR leader, or brand manager at Delta Gamma?

You can find out what it is like to work at Delta Gamma, also known as DELTA GAMMA CENT FOR CHILDREN, Delta Gamma and Delta Gamma Center for Children.

Zippia gives an in-depth look into the details of Delta Gamma, including salaries, political affiliations, employee data, and more, in order to inform job seekers about Delta Gamma. The employee data is based on information from people who have self-reported their past or current employments at Delta Gamma. While we have made attempts to ensure that the information displayed are correct, Zippia is not responsible for any errors or omissions, or for the results obtained from the use of this information. The data presented on this page does not represent the view of Delta Gamma and its employees or that of Zippia.