The Culture At Domino's Pizza

Information provided by the company
Friendly and outgoing person who will interact with the customers and community and likes to have fun.
You have tried our pizza and even had it delivered.
You must be kind and respectful of customers as well as co-workers.
Discounted meals for team members too!
If you are possess integrity and honesty, are motivated, energetic and willing to learn and go the distance, go the extra mile - you will be successful with us.

Like most corporate success stories, Domino's started out small - with just one store in 1960. However, in 1978 the 200th Domino's store opened, and things really began to cook. By 1983 there were 1,000 Domino's stores and 5,000 in 1989. Today, there are 13,000 stores - including more than 5,000 outside the United States. Sure, it took more than 50 years to get here, but the trip was well worth it. Feel free to take the journey yourself. Order a hot, Domino's Pizza for delivery to your door and make your family's dinner the best they have ever had.
The staff at Domino's Pizza come from unusually diverse demographic backgrounds. The company is 40.4% female and 38.1% ethnic minorities. Despite its diversity in other areas, Domino's Pizza employees are noticeably lacking in political diversity. It has an unusually high proportion of employees who are members of the Republican Party, at 73.0%. Employees seem to enjoy working in an otherwise diverse workplace that is dominated by members of the Republican Party. Domino's Pizza has great employee retention with staff members usually staying with the company for 3.1 years. The average employee at Domino's Pizza makes $29,583 per year. In comparison, some of its highest paying competitors, like CKE Restaurants Holdings, Yum! Brands, and Cpk Holdings Inc, pay $55,377, $48,128, and $36,000, respectively.
Based in Michigan, Domino's Pizza is an industry leader with 14,400 employees and an annual revenue of $4.1B.

The pay is good and so is the staff. You get to learn new things and can get more responsibility as you progress.

They don't give you a set schedule and if they do they still have you stay later than supposed to.

Practice on learning how to have a good customer services .

I most enjoyed the tips I earned

Not everyone did their part so busy days would be hectic

Manager was very understandable when it came to have days off, good tip money, good job starter

Rarely had anyone working, Weekend shift usually end with only 3 people working, Understaff, No breaks

Nothing, I really enjoyed everything.

What do you like about working for Domino's Pizza?

The Team At Domino's Pizza

The Inside Scoop
Domino’s, which began in 1960 as a single store location in Ypsilanti, MI, has had a lot to celebrate lately: we’re a reshaped, re-energized brand of honesty, transparency and accountability, not to mention – great food! In the rise to becoming a true technology leader, the brand is consistently one of the top five companies in online transactions. Further, 65% of our sales in the U.S. are taken through digital channels. The brand continues to ‘deliver the dream’ to local business owners, 90% of which started as delivery drivers and pizza makers in our stores. That’s just the tip of the iceberg…or as we might say, one “slice” of the pie! If this sounds like a brand you’d like to be a part of, consider joining our team!
Show More

Domino's Pizza is ranked #11 on the Best Hospitality Companies to Work For in Michigan list. Zippia's Best Places to Work lists provide unbiased, data-based evaluations of companies. Rankings are based on government and proprietary data on salaries, company financial health, and employee diversity.

Do you Work At Domino's Pizza? 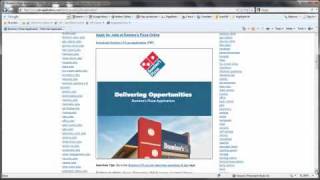 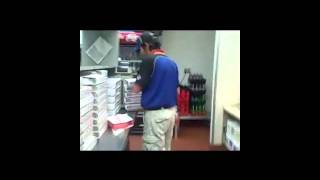 How Would You Rate The Company Culture Of Domino's Pizza?

When was Domino's Pizza founded?

How many Employees does Domino's Pizza have?

How much money does Domino's Pizza make?

Domino's Pizza generates $4.1B in revenue.

What industry is Domino's Pizza in?

Domino's Pizza is in the food delivery franchising restaurants industry.

What type of company is Domino's Pizza?

Domino's Pizza is a public company.

Who are Domino's Pizza's competitors?

Who works at Domino's Pizza?

Where is Domino's Pizza's headquarters?

Are You An Executive, HR Leader, Or Brand Manager At Domino's Pizza?

Yes, Domino's Pizza does hire felons. Domino's Pizza, in fact, is known for hiring felons. The key is to be honest and upfront about your record, as Domino's will run a background check.

How Do You Answer, "Why Are You Interested In Working For Domino's Pizza"?

You answer the question, "Why are you interested in working for Domino's Pizza?" by focusing on how the company provides opportunities for your professional development. Be sure to mention your passion for pizza.

How Do You Write A Cover Letter For A Job At Domino's Pizza?

How Old Do You Have To Be To Work At Domino's Pizza?

You have to be at least 16 years old to work at Domino's Pizza. This applies to most customer service positions. To work as a delivery driver or manager, you must be 18 years or older, have a valid driver's license, and own your own car.

What Is The Dress Code At Domino's Pizza?

The dress code at Domino's is a uniform for store employees and business casual for those working at the corporate office. The store employee uniform consists of black pants, a company-issued shirt and hat with the Domino's logo, and black, closed-toed, slip-resistant shoes.

What Is The Hiring Process At Domino's Pizza?

The hiring process at Domino's Pizza is straightforward, consisting of an initial screening and one interview. If you're applying for a management position, expect two to three interviews. The entire hiring process takes between five days to three weeks to complete.

Most Common Jobs At Domino's Pizza

Zippia gives an in-depth look into the details of Domino's Pizza, including salaries, political affiliations, employee data, and more, in order to inform job seekers about Domino's Pizza. The employee data is based on information from people who have self-reported their past or current employments at Domino's Pizza. The data on this page is also based on data sources collected from public and open data sources on the Internet and other locations, as well as proprietary data we licensed from other companies. Sources of data may include, but are not limited to, the BLS, company filings, estimates based on those filings, H1B filings, and other public and private datasets. While we have made attempts to ensure that the information displayed are correct, Zippia is not responsible for any errors or omissions or for the results obtained from the use of this information. None of the information on this page has been provided or approved by Domino's Pizza. The data presented on this page does not represent the view of Domino's Pizza and its employees or that of Zippia.