The Culture At Dover

Information provided by the company
Professional challenge, positive and collaborative work environment. The opportunity to make a significant impact in a growing organization with innovative technologies.
Defaults to simplicity. Drives engagement and commitment. Never comprises on safety, quality or doing the right thing
We thrive on winning and being number one; and are always looking to add the best and brightest to our talented team of professionals. PSG offers a unique combination of the both small company atmosphere: with an ownership mindset that allows you to make close-to-the-customer decisions; an innovative approach in seeing beyond what is possible today and entrepreneurial spirit in the pursuit of new opportunities combined with benefits of a large company's scale, tools, expertise and financial strength with Dover. Join PSG, a growing global company where your curiosity, hard work and ambition is rewarded with exceptional career opportunities in a friendly & fast paced environment. PSG is part of the Fluids segment of the Dover Corporation (NYSE: DOV).
Show More
For over forty years Belvac has turned innovative ideas into world class machinery. Serving both the Can Making and Plastics industry.
We seek people who bring an ownership mindset to their work, who see beyond what is possible today and share our relentless pursuit of success. We are developing the next generation of entrepreneurial minded leaders to propel our organization forward and drive continuous exponential growth.
Show More

Isotope Solutions Group, Inc. researches, develops, and tests nuclear pharmaceuticals for therapeutic use in the treatment of most lethal forms of cancer. The Company also manages medical groups specializing in cancer research.
The staff at Dover come from unusually diverse demographic backgrounds. The company is 48.2% female and 35.9% ethnic minorities. Dover employees are slightly more likely to be members of the Republican Party than the Democratic Party, with 56.0% of employees identifying as members of the Republican Party. Despite their political differences, employees at Dover seem to be happy. The company has great employee retention with staff members usually staying for 4.0 years. The average employee at Dover makes $49,420 per year. Pay at Dover is significantly lower than some of its highest paying competitors, like Precision Castparts, SPX, and Tyco Electronics, which pay $75,783, $69,732, and $66,431, respectively.
Based in Illinois, Dover is an industry leader with 29,000 employees and an annual revenue of $6.7B.

What do people say about Dover

The Team At Dover

Dover is ranked #90 on the Best Companies to Work For in Illinois list. Zippia's Best Places to Work lists provide unbiased, data-based evaluations of companies. Rankings are based on government and proprietary data on salaries, company financial health, and employee diversity.

Research Summary. Using a database of 30 million profiles, Zippia estimates demographics and statistics for Dover. Our estimates are verified against BLS, Census, and current job openings data for accuracy. After extensive research and analysis, Zippia's data science team found that:

Do you Work At Dover? 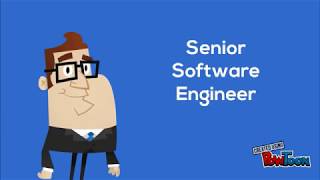 How Would You Rate The Company Culture Of Dover?

Have you worked at Dover? Help other job seekers by rating Dover.

When was Dover founded?

How many Employees does Dover have?

How much money does Dover make?

Dover generates $6.7B in revenue.

What industry is Dover in?

Dover is in the conglomerate industry.

What type of company is Dover?

Dover is a public company.

Who are Dover's competitors?

Who works at Dover?

Where is Dover's headquarters?

Are You An Executive, HR Leader, Or Brand Manager At Dover?

Zippia gives an in-depth look into the details of Dover, including salaries, political affiliations, employee data, and more, in order to inform job seekers about Dover. The employee data is based on information from people who have self-reported their past or current employments at Dover. The data on this page is also based on data sources collected from public and open data sources on the Internet and other locations, as well as proprietary data we licensed from other companies. Sources of data may include, but are not limited to, the BLS, company filings, estimates based on those filings, H1B filings, and other public and private datasets. While we have made attempts to ensure that the information displayed are correct, Zippia is not responsible for any errors or omissions or for the results obtained from the use of this information. None of the information on this page has been provided or approved by Dover. The data presented on this page does not represent the view of Dover and its employees or that of Zippia.

Dover may also be known as or be related to DOVER Corp, Dover, Dover Corp. and Dover Corporation.