The Culture At Dow Jones

Information provided by the company
We are looking for someone who has a passion for helping people, and truly has a can-do attitude. We are offering a career with a recognized leader in the world of global news and business information. This is an opportunity to be a part of a multinational organization that focuses on its people.
Show More
We believe the biggest impact we can have on our future is through our people. We will be rolling out numerous new people programs and want someone who can match our approach to communications and channels with the latest developments in culture and engagement.
Show More
At the end of the day, we only want to create stories and work that people care about.
We are looking for someone who is committed to the Journal and our mission and who can serve as an ambassador for our values.
We are looking for a highly collaborative and collegial person who is motivated to cover one of the world's most exciting beats with energy, imagination and ambition.

Dow Jones is a global news and business information provider that delivers content to consumers and organizations via newspapers, websites, apps, video, newsletters, magazines, proprietary databases, conferences, and radio. It conducts large news-gathering operations with the help of its 2,000 journalists in more than 50 countries, including The Wall Street Journal, America's largest newspaper by total average circulation. Dow Jones & Co.'s premier brands include Barron's, MarketWatch, Factiva, Dow Jones Risk & Compliance, Dow Jones VentureSource, and DJX. In 1987, The Ticker, a real-time newswire and the fundamental source for news in the investment community, was announced and Barron's, America's premier financial weekly was founded in 1921. The company's information services publish in 13 languages and distribute content in 28 languages, combining technology with news and data to support business decision making. It is now serving its users through its paid online news site no matter where there, via web, mobile devices, Internet-connected televisions, and tablets. Dow Jones & Co. was founded in 1882.
The staff at Dow Jones come from unusually diverse demographic backgrounds. The company is 37.2% female and 43.9% ethnic minorities. Despite its diversity in other areas, Dow Jones employees are noticeably lacking in political diversity. It has an unusually high proportion of employees who are members of the Democratic Party, at 83.0%. Employees seem to enjoy working in an otherwise diverse workplace that is dominated by members of the Democratic Party. Dow Jones has great employee retention with staff members usually staying with the company for 5.9 years. The average employee at Dow Jones makes $79,411 per year. Pay at Dow Jones is significantly lower than some of its highest paying competitors, like Bloomberg, Razorfish, and Bazaarvoice, which pay $126,204, $98,679, and $95,926, respectively.
Based in New York, NY, Dow Jones is a key player in the media industry with 8,000 employees and an annual revenue of $1.5B.

Stability of working a 9 to 5 with weekends off

There was nothing I didn't like about working with this company. It was a wonderful experience.

Do you work at Dow Jones? Rate Dow Jones as an Employer.

How would you rate working at Dow Jones?

What do you like about working for Dow Jones?

The Team At Dow Jones

Dow Jones is ranked #34 on the Best Media Companies to Work For in America list. Zippia's Best Places to Work lists provide unbiased, data-based evaluations of companies. Rankings are based on government and proprietary data on salaries, company financial health, and employee diversity.

Do you Work At Dow Jones? 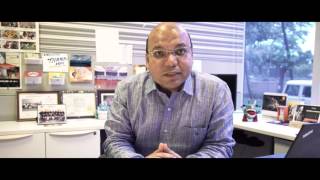 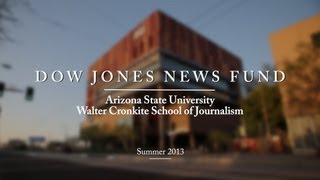 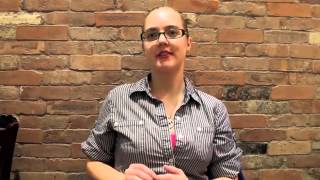 On the Job with Dow Jones News Fund interns

How Would You Rate The Company Culture Of Dow Jones?

Have you worked at Dow Jones? Help other job seekers by rating Dow Jones.

When was Dow Jones founded?

How many Employees does Dow Jones have?

How much money does Dow Jones make?

Dow Jones generates $1.5B in revenue.

What industry is Dow Jones in?

Dow Jones is in the online media industry.

What is Dow Jones's mission?

What type of company is Dow Jones?

Dow Jones is a private company.

Who are Dow Jones's competitors?

Who works at Dow Jones?

Are You An Executive, HR Leader, Or Brand Manager At Dow Jones?

Most Common Jobs At Dow Jones

Zippia gives an in-depth look into the details of Dow Jones, including salaries, political affiliations, employee data, and more, in order to inform job seekers about Dow Jones. The employee data is based on information from people who have self-reported their past or current employments at Dow Jones. The data on this page is also based on data sources collected from public and open data sources on the Internet and other locations, as well as proprietary data we licensed from other companies. Sources of data may include, but are not limited to, the BLS, company filings, estimates based on those filings, H1B filings, and other public and private datasets. While we have made attempts to ensure that the information displayed are correct, Zippia is not responsible for any errors or omissions or for the results obtained from the use of this information. None of the information on this page has been provided or approved by Dow Jones. The data presented on this page does not represent the view of Dow Jones and its employees or that of Zippia.