How to Become a Drilling Engineer

A drilling engineer is responsible for planning and executing operations that drill for gas and oil. They are involved in the entire drilling life cycle, from initial well design to testing to supervising a drilling crew. Drilling engineers often work on teams of geologists, drilling contractors, and other construction managers.

The duties that they perform in this capacity include designing drilling plans, evaluating drilling sites, calculating overhead drilling costs, maintaining stakeholder communication, and monitoring drilling processes. Skills required for the position include data analysis, budgeting, interpersonal, analytical, and leadership. Educational requirements include a bachelor's degree in mechanical engineering or a similar field. Prior experience may be given preference.

The average hourly salary for the position is $52.56, which amounts to $109,326 annually. The job requires flexibility at times; however, it compensates graciously. The career is expected to see growth in the near future and create new opportunities all across the United States.

There is more than meets the eye when it comes to being a drilling engineer. For example, did you know that they make an average of $45.15 an hour? That's $93,909 a year!

What Does a Drilling Engineer Do

There are certain skills that many drilling engineers have in order to accomplish their responsibilities. By taking a look through resumes, we were able to narrow down the most common skills for a person in this position. We discovered that a lot of resumes listed analytical skills, creativity and math skills.

Learn more about what a Drilling Engineer does

How To Become a Drilling Engineer

In addition to switching up your job search, it might prove helpful to look at a career path for your specific job. Now, what's a career path you ask? Well, it's practically a map that shows how you might advance from one job title to another. Our career paths are especially detailed with salary changes. So, for example, if you started out with the role of drilling supervisor you might progress to a role such as supervisor eventually. Later on in your career, you could end up with the title operations vice president.

Average Salary for a Drilling Engineer

2. University of Texas at Austin

Top Skills For a Drilling Engineer

The skills section on your resume can be almost as important as the experience section, so you want it to be an accurate portrayal of what you can do. Luckily, we've found all of the skills you'll need so even if you don't have these skills yet, you know what you need to work on. Out of all the resumes we looked through, 10.4% of drilling engineers listed safety meetings on their resume, but soft skills such as analytical skills and creativity are important as well.

Zippia allows you to choose from different easy-to-use Drilling Engineer templates, and provides you with expert advice. Using the templates, you can rest assured that the structure and format of your Drilling Engineer resume is top notch. Choose a template with the colors, fonts & text sizes that are appropriate for your industry.

Online Courses For Drilling Engineer That You May Like

Advertising Disclosure  The courses listed below are affiliate links. This means if you click on the link and purchase the course, we may receive a commission.
Introduction to Oil and Gas Drilling
4.3
(1,337)

Insight into the dynamic and exciting process of drilling an oil and gas well...

Learn the most important Unit Operations in Chemical Plants...

Be a "Certified KPI Professional" by learning from "KPI Mega Library" best-selling author (All about Metrics & Measures)...

Best States For a Drilling Engineer

Some places are better than others when it comes to starting a career as a drilling engineer. The best states for people in this position are Oregon, Pennsylvania, West Virginia, and Rhode Island. Drilling engineers make the most in Oregon with an average salary of $127,931. Whereas in Pennsylvania and West Virginia, they would average $125,761 and $124,423, respectively. While drilling engineers would only make an average of $121,255 in Rhode Island, you would still make more there than in the rest of the country. We determined these as the best states based on job availability and pay. By finding the median salary, cost of living, and using the Bureau of Labor Statistics' Location Quotient, we narrowed down our list of states to these four.

Total Drilling Engineer Jobs:
337
Highest 10% Earn:
$196,000
Location Quotient:
1.76 Location Quotient is a measure used by the Bureau of Labor Statistics (BLS) to determine how concentrated a certain industry is in a single state compared to the nation as a whole. You can read more about how BLS calculates location quotients here

View 337 Drilling Engineer Jobs In OR

Total Drilling Engineer Jobs:
476
Highest 10% Earn:
$192,000
Location Quotient:
1.12 Location Quotient is a measure used by the Bureau of Labor Statistics (BLS) to determine how concentrated a certain industry is in a single state compared to the nation as a whole. You can read more about how BLS calculates location quotients here

Total Drilling Engineer Jobs:
79
Highest 10% Earn:
$191,000
Location Quotient:
0.98 Location Quotient is a measure used by the Bureau of Labor Statistics (BLS) to determine how concentrated a certain industry is in a single state compared to the nation as a whole. You can read more about how BLS calculates location quotients here

How Do Drilling Engineer Rate Their Jobs?

Most Common Employers For Drilling Engineer 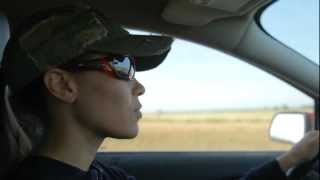 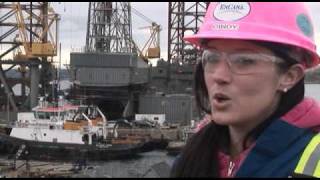