The Culture At Ecolab

Information provided by the company
Remain current on industry norms and future trends and apply that to current and future offerings. Accelerate market adoption of offerings in NA.
Develop your career as you drive growth. Be part of a company that values a culture of safety
Opportunity for long-term advanced career growth.. Access to best in class resources, tools, and technology.. Thrive in a company that values a culture of safety, sustainability, inclusiveness, and performance.. Comprehensive benefits package starting day one on employment; including medical, dental, vision, retirement, stock purchase, tuition reimbursement, and more.
Show More
We're more than innovative solutions for water, energy and air. We earn customers for life and enhance the lives of our employees while protecting the planet. Be part of our culture where you can create your difference, in a company that makes a difference.
Show More
If you are a passionate professional that is seeking opportunity, advancement, and a rewarding career we invite you to apply. This is a great opportunity to join a highly recognized global growth company offering competitive compensation and benefits in addition to career growth.
Show More

Ecolab is a global leader in water, hygiene, and energy technologies and services that provide clean water, safe food, and abundant energy. A trusted partner at more than one million customer locations, Ecolab (ECL) is the global leader in water, hygiene and energy technologies and services that protect people and vital resources. With 2016 sales of $13 billion and 48,000 associates, Ecolab delivers comprehensive solutions and on-site service to promote safe food, maintain clean environments, optimize water and energy use and improve operational efficiencies for customers in the food, healthcare, energy, hospitality and industrial markets in more than 170 countries around the world.
The staff at Ecolab come from unusually diverse demographic backgrounds. The company is 29.9% female and 37.1% ethnic minorities. Ecolab employees are slightly more likely to be members of the Democratic Party than the Republican Party, with 56.0% of employees identifying as members of the Democratic Party. Despite their political differences, employees at Ecolab seem to be happy. The company has great employee retention with staff members usually staying for 5.2 years. The average employee at Ecolab makes $70,166 per year. Pay at Ecolab is significantly lower than some of its highest paying competitors, like Johnson & Johnson, S.C. Johnson & Son, and Pfizer, which pay $86,317, $84,924, and $82,544, respectively.
Based in Saint Paul, MN, Ecolab is an industry leader with 50,000 employees and an annual revenue of $11.8B.

To be the global leader in water, hygiene and energy technologies and services; providing and protecting what is vital: clean water, safe food, abundant energy and healthy environments.

Perks of Working at Ecolab

Ecolab strives to provide comprehensive and market-competitive benefits such as healthcare and time-away policies, short- and long-term financial incentives, and retirement income and planning.

Tech stack is ok; too many ERPs and no data lake

flexibility in work schedule. Do not punch in a clock. I can work from home.

Very intelligent people who are drivers and push you with a strong work ethic.

There truly was minimal work life balance as you were constantly "ON" in order to make sure your customers and districts were running smoothly.

Autonomy and trust from my management to do my work and not be micromanaged. I would see my direct manager perhaps 4 times a year approximately.

I can't do what I like most without relocating

The work we do for our environment is outstanding, proud of being in our team!
1
2
Anonymous review of Ecolab

Do you work at Ecolab? Rate Ecolab as an Employer.

How would you rate working at Ecolab?

The Team At Ecolab

The Inside Scoop
Ecolab is the global leader in water, hygiene and energy technologies and services. They help make the world cleaner, safer and healthier by delivering comprehensive solutions and on-site service to promote safe food, maintain clean environments, optimize water and energy use, and improve operational efficiencies for customers at nearly three million locations in more than 170 countries. Ecolab's innovative products and services touch virtually every aspect of daily life and are used in hospitals, hotels, restaurants, schools, manufacturing plants, refineries and several other locations throughout the world.
Show More

Ecolab is ranked #54 on the Best Manufacturing Companies to Work For in America list. Zippia's Best Places to Work lists provide unbiased, data-based evaluations of companies. Rankings are based on government and proprietary data on salaries, company financial health, and employee diversity.

Research Summary. Using a database of 30 million profiles, Zippia estimates demographics and statistics for Ecolab. Our estimates are verified against BLS, Census, and current job openings data for accuracy. After extensive research and analysis, Zippia's data science team found that:

Do you Work At Ecolab? 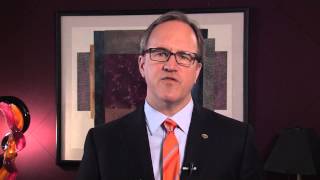 Join Our Ecolab Team - A Message from CEO Doug Baker

How Would You Rate The Company Culture Of Ecolab?

Have you worked at Ecolab? Help other job seekers by rating Ecolab.

When was Ecolab founded?

How many Employees does Ecolab have?

How much money does Ecolab make?

Ecolab generates $11.8B in revenue.

What industry is Ecolab in?

Ecolab is in the chemicals industry.

Ecolab's mission statement is "To be the global leader in water, hygiene and energy technologies and services; providing and protecting what is vital: clean water, safe food, abundant energy and healthy environments."

What type of company is Ecolab?

Ecolab is a public company.

Who works at Ecolab?

Are You An Executive, HR Leader, Or Brand Manager At Ecolab?

Zippia gives an in-depth look into the details of Ecolab, including salaries, political affiliations, employee data, and more, in order to inform job seekers about Ecolab. The employee data is based on information from people who have self-reported their past or current employments at Ecolab. The data on this page is also based on data sources collected from public and open data sources on the Internet and other locations, as well as proprietary data we licensed from other companies. Sources of data may include, but are not limited to, the BLS, company filings, estimates based on those filings, H1B filings, and other public and private datasets. While we have made attempts to ensure that the information displayed are correct, Zippia is not responsible for any errors or omissions or for the results obtained from the use of this information. None of the information on this page has been provided or approved by Ecolab. The data presented on this page does not represent the view of Ecolab and its employees or that of Zippia.

Ecolab may also be known as or be related to ECOLAB INC., Ecolab, Ecolab Foundation, Ecolab Inc, Ecolab Inc. and Economics Laboratory.