What is an Economic Developer?

The role of the economic developer today is continually changing. An urban developer focuses on economic growth strategies preparing, developing, and executing them as well as serving as a crucial contact between public and private sectors and the city.

You are overseeing an infrastructure project one minute, then collaborating on publicity strategies for different tourist companies or aiding a prospective small enterprise in looking for a central spot next. The activities include a broad variety of tasks from project management to policy formulation and execution, promotion, tourism, retention of companies, recruiting, and extension.

It's not a job that can be seen in the tunnel. You should know how the economy relates to all facets of the culture, and you should be an authority on all aspects. As demands and perceptions shift, the expertise of a good local economist needs to adapt and change. Economic developers must also fill the holes and offer support where the economies and institutions cannot or do not satisfy the needs of the population.

What Does an Economic Developer Do

There are certain skills that many economic developers have in order to accomplish their responsibilities. By taking a look through resumes, we were able to narrow down the most common skills for a person in this position. We discovered that a lot of resumes listed speaking skills, writing skills and analytical skills.

How To Become an Economic Developer

As you move along in your career, you may start taking on more responsibilities or notice that you've taken on a leadership role. Using our career map, an economic developer can determine their career goals through the career progression. For example, they could start out with a role such as consultant, progress to a title such as project manager and then eventually end up with the title project director.

Average Salary for an Economic Developer

Top Skills For an Economic Developer

The skills section on your resume can be almost as important as the experience section, so you want it to be an accurate portrayal of what you can do. Luckily, we've found all of the skills you'll need so even if you don't have these skills yet, you know what you need to work on. Out of all the resumes we looked through, 13.3% of economic developers listed data entry on their resume, but soft skills such as speaking skills and writing skills are important as well.

Zippia allows you to choose from different easy-to-use Economic Developer templates, and provides you with expert advice. Using the templates, you can rest assured that the structure and format of your Economic Developer resume is top notch. Choose a template with the colors, fonts & text sizes that are appropriate for your industry.

Online Courses For Economic Developer That You May Like

Advertising Disclosure  The courses listed below are affiliate links. This means if you click on the link and purchase the course, we may receive a commission.
Local Economic Development

Welcome to this MOOC on Local Economic Development (LED). Local economic development refers to the processes by which local governments, businesses, and civil society groups get together to raise income sustainably and improve their lives in a well-defined area. It's about creating jobs, securing livelihoods, improving infrastructure and managing local resources. What do I learn? We will be dealing with questions such as the following. Why does economic development take place in some areas of th...

In order to effectively manage and operate a business, managers and leaders need to understand the market characteristics and economic environment in which they operate. In this specialization, you will build a solid understanding of the operation of markets and the macro-economic environment with real-world examples. You will be able to identify firm and country-level economic factors that impact business decisions, develop an analytical framework using statistical tools, and apply economic the...

How Do Economic Developer Rate Their Jobs?

Most Common Employers For Economic Developer 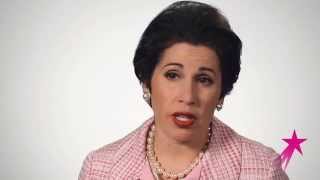 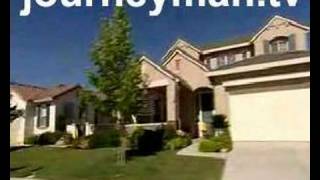