Find The Best Embedded Software Developer Jobs For You

Working as an Embedded Software Developer

What Does an Embedded Software Developer Do

Software developers are the creative minds behind computer programs. Some develop the applications that allow people to do specific tasks on a computer or another device. Others develop the underlying systems that run the devices or that control networks.

Software developers typically do the following:

Software developers are in charge of the entire development process for a software program. They may begin by asking how the customer plans to use the software. They must identify the core functionality that users need from software programs. Software developers must also determine user requirements that are unrelated to the functionality of software, such as the level of security and performance needs. They design the program and then give instructions to programmers, who write computer code and test it.

If the program does not work as expected or if testers find it too difficult to use, software developers go back to the design process to fix the problems or improve the program. After the program is released to the customer, a developer may perform upgrades and maintenance.

Developers usually work closely with computer programmers. However, in some companies, developers write code themselves instead of giving instructions to the programmers.

Developers who supervise a software project from the planning stages through implementation sometimes are called information technology (IT) project managers. These workers monitor the project’s progress to ensure that it meets deadlines, standards, and cost targets. IT project managers who plan and direct an organization’s IT department or IT policies are included in the profile on computer and information systems managers.

The following are examples of types of software developers:

How To Become an Embedded Software Developer

Software developers usually have a bachelor’s degree, typically in computer science, software engineering, or a related field. A degree in mathematics is also acceptable. Computer science degree programs are the most common, because they tend to cover a broad range of topics. Students should focus on classes related to building software in order to better prepare themselves for work in the occupation. For some positions, employers may prefer a master’s degree.

Although writing code is not their first priority, developers must have a strong background in computer programming. They usually gain this experience in school. Throughout their career, developers must keep up to date on new tools and computer languages.

Software developers also need skills related to the industry in which they work. Developers working in a bank, for example, should have knowledge of finance so that they can understand a bank’s computing needs.

Many students gain experience in software development by completing an internship at a software company while in college.

Some software developers first work as computer programmers and then are given more responsibility as they gain experience. Eventually, they become developers.

Analytical skills. Developers must analyze users’ needs and then design software to meet those needs.

Communication skills. Developers must be able to give clear instructions to others working on a project. They must also explain to their customers how the software works and answer any questions that arise.

Creativity. Developers are the creative minds behind new computer software.

Detail oriented. Developers often work on many parts of an application or system at the same time and must therefore be able to concentrate and pay attention to detail.

Interpersonal skills. Software developers must be able to work well with others who contribute to designing, developing, and programming successful software.

Problem-solving skills. Because developers are in charge of software from beginning to end, they must be able to solve problems that arise throughout the design process.

As you move along in your career, you may start taking on more responsibilities or notice that you've taken on a leadership role. Using our career map, an embedded software developer can determine their career goals through the career progression. For example, they could start out with a role such as senior software engineer, progress to a title such as project manager and then eventually end up with the title product management director.

The skills section on your resume can be almost as important as the experience section, so you want it to be an accurate portrayal of what you can do. Luckily, we've found all of the skills you'll need so even if you don't have these skills yet, you know what you need to work on. Out of all the resumes we looked through, 13.5% of embedded software developers listed python on their resume, but soft skills such as analytical skills and communication skills are important as well.

Some places are better than others when it comes to starting a career as an embedded software developer. The best states for people in this position are California, Washington, Texas, and Massachusetts. Embedded software developers make the most in California with an average salary of $117,707. Whereas in Washington and Texas, they would average $108,944 and $94,116, respectively. While embedded software developers would only make an average of $93,549 in Massachusetts, you would still make more there than in the rest of the country. We determined these as the best states based on job availability and pay. By finding the median salary, cost of living, and using the Bureau of Labor Statistics' Location Quotient, we narrowed down our list of states to these four.

Total Embedded Software Developer Jobs:
1,853
Highest 10% Earn:
$157,000
Location Quotient:
1.61
Location Quotient is a measure used by the Bureau of Labor Statistics (BLS) to determine how concentrated a certain industry is in a single state compared to the nation as a whole. You can read more about how BLS calculates location quotients here

Total Embedded Software Developer Jobs:
7,682
Highest 10% Earn:
$173,000
Location Quotient:
1.51
Location Quotient is a measure used by the Bureau of Labor Statistics (BLS) to determine how concentrated a certain industry is in a single state compared to the nation as a whole. You can read more about how BLS calculates location quotients here

Total Embedded Software Developer Jobs:
1,649
Highest 10% Earn:
$135,000
Location Quotient:
1.25
Location Quotient is a measure used by the Bureau of Labor Statistics (BLS) to determine how concentrated a certain industry is in a single state compared to the nation as a whole. You can read more about how BLS calculates location quotients here

How Do Embedded Software Developer Rate Their Jobs? 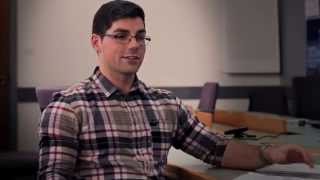 Day in the Life of an Electrical and Electronics Engineer