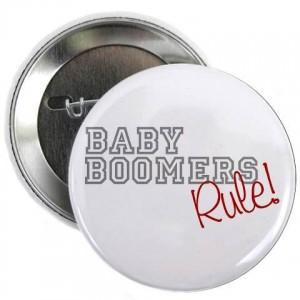 $1000 Bonus for employers of Boomers

Editors Note:
This is a guest post written by Heidi Holmes, Managing Director of Adage.com.au – Australia’s leading job board for mature age workers. Her opinions are her own.

The social and economic impact associated with Australia’s ageing population has been well documented over the past decade. However, with the first of the baby boomers turning 65 last year, it seems yet again we find ourselves in a reactive position to addressing some of the challenges and opportunities we face as a nation as the demographics of our population change.

Not surprisingly, one of the biggest impacts will be on our labour force. According to a recent report commissioned by the Financial Services Council of Australia “the over-60s are growing in number at approximately four times the rate of other demographic groups. At current trends, by 2050 there will only be 2.7 working Australians for every citizen over 65. In the 1970s, the ratio was 7.5 workers for each older Australian”.

However, we need not look ahead to 2050. The 45-54 age bracket is the fastest growing labour market segment in Australia today, yet employers are still reluctant to actively recruit from this talent pool.

The Federal Government hopes to influence employers to employ older workers through their Jobs Bonus Scheme announced this week as part of the 2013 Budget. Employers who recruit a worker over the age of 50 and retain them for a period of three months will be entitled to a $1000 cash payment.

The merits of this initiative have been debated in political and social circles.

However, employers should only see this as an opportunity.

Here is an opportunity to not only get a little cash injection, but also to recruit a worker who delivers higher retention, greater productivity, life and work experience as well a dose of old fashioned work ethic.

The focus on youth, in particular Gen Y over the past 15 years has resulted in many organisations seeing the average age in their organisation decrease. If you’re in the business of selling knowledge and experience, such as many professional services firms, then this may present a problem.

This is not a case of promoting ‘age diversity’, it is a case of selling the commercial proposition for ‘age balance’.

Heidi Holmes is the Managing Director of Adage.com.au, Australia’s leading job board for mature age workers. If you would like to find out more about the Jobs Bonus Scheme and how you can qualify for it or the mature age market, please contact Heidi directly at Heidi@adage.com.au