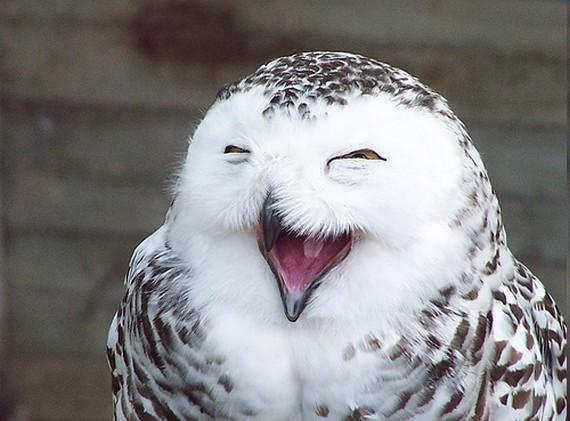 We’re Only Happy When Clients Are

by Michael Overell
RecruitLoop - 7 years ago

We’re only happy when clients are.

Not much makes us happier than a satisfied client at the end of a RecruitLoop project. It’s what drives us every day.

When we get great feedback from a happy client, we’re like:

Actually, there are a few things that make us happier:

oh, and there is something else:

When they openly share the experience with their community.
Anchor Hosting is a pretty awesome local hosting company. They support the local startup scene (by sponsoring SydStart), and have a reputation for killer customer service.

Keiran, their CEO, just wrote a blog about his first experience with RecruitLoop. We’re so chuffed, we had to share it here.

As an engineer, he’d carefully considered all options to hiring new staff:

As with a lot of other aspects of a growing company, when you need to address an issue similar to this there are typically a few approaches:

1. Spend the time to learn how to do this internally,
2. Hire the skills and bring someone from the outside into the company and learn from them, or
3. Bring in external experts who specialise in this area.
Methodically going through the options I had available, I started off with option 1. The problem I quickly found with this though, was it was going to take time. I needed staff now. Not in a few months once I’d got a better idea, and I certainly didn’t want to make a lot of hiring mistakes in the process – they’re time consuming, have an inexplicably highly negative effect on company culture and are ultimately quite costly in monetary terms.

Option 2 was considered as well. Whilst we are continuing to grow rapidly we’re not quite yet at the point where a HR department can be justified. There would also be a learning curve, and again, I needed staff now.

The final option: bringing in external experts to help. Sounds sensible, viable, and a reasonable approach on paper. However, I had one fundamental issue with this:

My previous experiences found them to be overly aggressive, eye-wateringly expensive, prepared to play the numbers game, focused on getting positions filled, regardless of good fit, and virtually impossible to shake if you dare accept a call in the first place.

Additionally, the bit which has never sat well with me, is the inherently broken nature that traditional recruiting operates under: That fact that it’s in the recruiter’s best interest to negotiate the highest possible salary for a given candidate, as they’re going to take a fairly modest percentage of the salary as payment.

And what he liked about RecruitLoop (in his words):

– The recruiters offering their services put their cards on the table, gave a rough idea of what the costs would be, and stuck to it.

– The recruiters have been quick to understand our culture and recognize the kind of people we’re looking for. If they’re unable to supply a good candidate then they simply don’t, instead of throwing resumes at you and hoping one sticks.

– There’s been zero misleading information, nor the usual recruiter tricks (the oldest one in the book is to call up on the pretense of being an applicant, only to get through to the hiring manager to promote your hiring services – does that ever work, really?!)

– The costs have been much lower compared to traditional recruiting. Think about 1/10th of the cost… Given it is all being done on an hourly rate, there is an incentive to make sure that all the time spent is valuable to you, the end client.

– It is also a relatively low risk opportunity to dip your toe into the recruiting world, and there’s no nasty 5-figure bill at the end

Their recruiter for this role was Darren Saul, based in Sydney with a strong background in technical support and sales. Check out his profile here.

Thanks to Keiran and the Anchor Team for sharing the experience. And thanks (even more) for giving us a chance to turn your scepticism about all recruiters.

Yep, in case it wasn’t clear, this makes us happy…