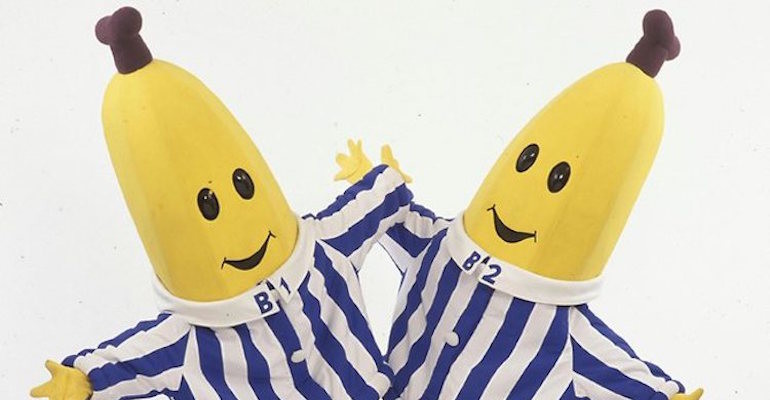 I’ve always been a team player. But believe me I’ve had to play my fair share of ‘Snakes and Corporate Ladders’ along the way too.

There were times in the last 20 years when I just wanted to throw in the towel and leave all the political bullsh*t behind. But then I’d take a good look around me either at the colleagues I really enjoyed working with, or at the teams I had built. Flashbacks of so many fun memories would fill my head and I’d think, “Who am I kidding? … As if I’d want to be doing anything else (right how!)?”

Ask anyone who has ever worked with me and (I hope) they’ll say I’m the ultimate professional. But I really hope they’d also say that they had plenty of laughs along the way … either with me or at me … fun nonetheless.

Like I said, I’ve always been a team player and I would always put up my hand to help with any office social events.

So when I was asked to be on the Client Christmas Function committee I was thrilled.

[Quick side note: This was at my first job; and I had never really had to organise anything to do with Christmas either inside our outside work before!]

I’d been given two simple tasks … to co-ordinate the RSVP list and to organise the mince pies for our client Christmas breakfast.

We had about 60 clients RSVP so I then went ahead and ordered 100 pies.

Fortunately most of our clients (and my colleagues) had a sense of humour since I had proudly walked in to the boardroom with 100 mince (meat!) pies!

I’d never even heard of minced (fruit) pies before!

Party pies for breakfast anyone?

I was sitting in the office one morning in Hong Kong when I heard one of my team members scream in the reception area.

I went out to see if she was OK and saw her pointing at the wall directly behind the (obligatory) office goldfish tank.

There, stuck on the wall was one of the goldfish! It had evidently jumped out of the tank and stuck to the wall … never to return to the tank again!

I have to be honest and say that it was very hard not to just burst out laughing, but when I saw the combination of sheer horror and grave concern on her face, I held it together fairly well.

“We have to get another one right now!” she said. And before I could even respond she was out the door, heading directly to the aquarium a few blocks away.

When I came back in from a meeting a few hours later, something caught my eye on the floor in reception. When I looked closely I noticed two orange things wriggling along the carpet and realised that two more goldfish had flung themselves out of the tank.

Then the wriggling stopped.

By mid afternoon all the goldfish were dead (including the morning’s replacement fish), having either been found dead on the carpet, or floating at the top of the tank.

I then found a Post It note on my desk from one of the ladies in the office: “Paul … No fish in fish tank means no life force in the office. This will impact my career … I’ve gone home!”

From that moment I never ignored the feng shui requests of anyone in my team.

Grease is the Word!

I had developed a reputation for being a bit ‘strict’ when it came to office dress code.

OK … that’s probably tip-toeing around the issue: I was never a fan of ‘jeans in the office’.

Things have changed since then (I now wear jeans every day … I know! Who would have thought?) but back then that was my office policy.

I realised my reputation had spread far and wide when I was asked to spend a few days training the team in the Los Angles office.

They’d done the jeans thing just for me!

A few of us were having lunch together in the breakout room one Friday. It was Shireen’s last day before she was heading off on maternity leave.

She’d been complaining that her back was really sore all day, so she was standing over at the side bench while the rest of us ate lunch at the communal table. I can’t remember what we were talking about but Shireen was laughing hysterically …

Suddenly she stopped laughing and we could see that she was standing in a pretty huge puddle!

I ran back to my desk and rang her husband straight away, and a few of the girls went downstairs and took Shireen to the hospital in a cab.

About an hour later an “All Company” email came through from Carla in HR and you could hear everyone on our floor burst out laughing.

Subject: OH&S Warning
If anyone notices a leaking sink, tap or fridge, you must mop it up or notify building maintenance immediately. There was a spill in the kitchen on level 4 at lunchtime today which could have resulted in a serious injury.

PS … Shireen had a baby boy and called him Marius.

I used to get right in to “themed” days in the office.

For anyone who isn’t sure what this means … once a quarter we would block a day when we wouldn’t see any candidates or clients, but we would be on the phones speaking to them all day.

Over the years, some of the ‘themed’ days included ‘crazy hat day’, World Cup fever, ‘a day at the beach’, St Patrick’s Day etc.

‘Today’s’ theme was ‘TV characters’. (Did I mention I used to right into these themed days?)

A colleague and I had decided to come in as B1 and B2 – yep … the Bananas in Pyjamas! She hadn’t gone with the yellow face paint … but I had! Otherwise we both had the costumes down pat!

The receptionist’s voice came over the back office PA system. “Paul your 11:30am candidate is ready. He’s in room #1”.

The entire team cracked up.

I was sure I had booked the candidate in for the following day. He was a really senior candidate too.

“I dare you to go in like that, Slez!”, one of my colleagues shouted across the office as I stood there with yellow paint starting to sweat down my face.

More laughter from the entire team.

I did … and you should have seen the candidate’s face as I walked in to meet him.

He got the job!

See … Nobody can ever say that work can’t be fun!

We’d love to hear about any memorable office moments you want to share!