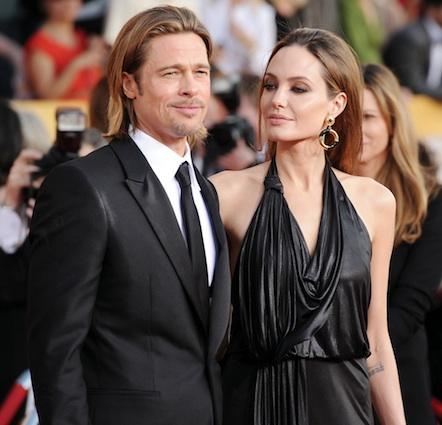 Too Beautiful To Work? Don’t Worry! There’s A New Website For You

Have you ever woken up and thought, ‘If only I wasn’t so good looking, I’d definitely get out of bed and go to work today …’?

But that doesn’t mean we shouldn’t do our best to empathize with the first world difficulties that an increasingly growing number of men and women around the world face every day on account of their perfectly symmetrical faces.

I mean it’s not their fault they were born that way.

It’s true that their teachers in preschool told them off less than their slave best friend who looked like the result of a one-night-stand between Bugs Bunny and Pippy Longstocking.

It’s also the case that their parents were 11 times more likely to buckle them into a shopping trolley for safety than their Quasimodo-look-alike cousin.

Yes, they now earn 10-15% more than the rest of us for no reason other than both their eyes look straight ahead instead of one a little to the left.

But under the big, round eyes and strong chins is a fear. A fear of the brewing resentment from those forced to spend every working day in the glittery presence of the naturally attractive.

It’s a jungle of Haters out there.

While some pretty drastic measures (such as accidental acid spillages in their general vicinity) have been offered to assist this minority group with their issues, others have seized the opportunity to help and make dollars doing it.

Beautifulpeople.com, an online dating website (for beautiful people only!) has set up a new haven wittingly called BeautifulPeople.com Recruitment.   Its purpose is to continue protecting the rights of the outwardly polished to continue to exclude others from the things they want on account of genetically inherited attributes.

About time, we say.  Over the past few years, more and more traumatized job seekers have started to speak up about their regret of choosing to use their brains instead of their looks to provide value to the world and finding the world not appreciative.

It really breaks our hearts to hear of people like Samantha Brick who bravely bared the inevitable torrent of disbelief to speak up about the difficulties of thinking you are being beautiful.  A case like this tends to outshine those with potentially more legitimate stories such as Debrahlee Lorenzana, a Citi banker requested to stop wearing polo shirts on account of the affect her figure was having on male managers.

Israeli researchers conducted an experiment last year suggesting that men who try to use looks to improve employment perspectives (such as attaching a photo to their CV) were rewarded whereas women were punished.

From personal experience (having had access to many different recruitment agencies over the years) I can’t tell you how many back offices proudly boasted a Wall of Fame exhibiting a large collection of photos that had been submitted with candidate CVs. There would be dozens of ‘glamour’ shots as well as a section of the wall usually labeled something along the lines of “The Walking Don’ts“.

What really made us dig deep though was when, earlier this year, Laura Feerna came out about her traumatic past few years, waking each day in her London home with nothing to do but bemoan her tragically smooth face and wide blue eyes, the culprits of such horrendous practices as random men jumping out of cars to give her a bunch of flowers and leaving little presents on her desk.

Excuse me for thinking this reminds me of a 1980’s TV commercial for Impulse!

Thankfully, she is writing a book about it!

Hopefully it will bring support and a way out to all the others attempting to survive in a world naturally predisposed to believe they are more intelligent, more capable and nicer than everybody else.   Perhaps she can direct them to the beautifulpeople.com site so that they’ll all find work together.

Perhaps the site is actually doing a service for humanity by potentially corralling all those who believe they’re better than everybody else into a limited number of workplaces.

Wouldn’t you like to be a fly on the wall of that work environment?

How to Understand a Candidate's True Intentions When Hiring
10 Ways to Successfully Manage a Team Whilst Working Remotely
Why I Love Sharing Hiring Strategies With Small Businesses
6 Ways to Take Charge of Your HR Processes
Breaking Ground: The State of Women in Construction [Infographic]
14 Tips For Choosing The Best Candidate For Your Business