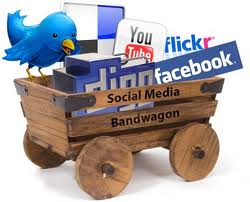 Trends in social recruitment: Highlights from the Australasian Talent Conference

Melbourne was host to a couple of conferences last week focused on social media in recruitment, mobile recruitment and the future of talent.  The events brought some world-class speakers and personalities into town.  We had a great time, and learnt a huge amount. This is our first wrap-up of highlights from the first event.

We picked up a few big themes across all the sessions. Rather than bore you with the gory details, we’ve highlighted our takeaways on some of the major trends in social recruitment.

Traditional methods of sourcing candidates are becoming increasingly irrelevant for large companies. By traditional, we mean ‘job advertisements’. It’s not to say job boards don’t work (although many people claim ‘they are dead’). Just that many companies are finding more efficient, fast and sustainable ways to connect with candidates.

Companies are building proprietary ‘talent communities’ (or talent networks) to connect directly with potential candidates. What’s a talent community?  A large pool of people who have expressed interest in working for a company, but may not currently be actively looking for opportunities. For most companies, the community is simply a channel to build engagement.

Many speakers were quick to note the difference between a talent community (which requires 2- or 3-way communications), and simply a talent network (which is one-way communication from companies to candidates).

We heard a few big examples of how the world’s biggest companies are using talent networks to bypass traditional methods.

AT&T has 1.5M people enrolled in its talent network.  This number is staggering. Granted, AT&T has more employees than some small countries. However, they seem to have adopted very targeted marketing to connect directly with potential candidates (eg by skills and geography). Also, and perhaps in keeping with their stereotype, AT&T doesn’t get caught up in the ‘cool factor’. For them, the ‘talent network’ is simply a mechanism to drive candidates directly to their careers pages. Interestingly, they claim an unsubscribe rate of 0.5%!

Sears obtains access to 98% of applicants’ Facebook accounts.  At every touchpoint with a candidate, Sears requests permission to access professional data from candidates’ social networks. Creepy? Maybe, but it means they have a ‘living database’ of candidates in their talent network. This compares to the ‘dead’ profiles in most company’s (and recruitment agency’s) legacy databases.

Large retailers have developed an ‘alliance’ to share qualified candidates.  Many large companies identify qualified candidates, but do not have an open role. In a surprisingly co-operative move, many have joined an ‘open talent network’ called AllianceQ, to submit and share good applicants. This completely bypasses traditional candidate databases such as CareerBuilder and Monster. Another nail in the coffin?

Surprisingly, LinkedIn was perceived by many in the audience as the ‘poor cousin’ in social recruitment. I suspect this is because it is less ‘new and shiny’ than the other consumer-grade networks. But we did takeaway a relevant point:  the ratio of ‘recruiters to candidates’ is much higher on LinkedIn, therefore the competition is much greater. Many of the more socially-minded employers and recruiters see more ‘blue ocean’ amongst Facebook and Twitter.

We heard of two particularly timely examples of how the ‘truly social’ networks are starting to impact recruitment.

Facebook wants you recruited as a person, not a job title.  We heard a bunch of interesting insights from Richard Cho, a Recruitment Manger (of Product Engineers – the most important people) at Facebook.  We’ll follow up the best in a separate post. In short, Facebook wants to become the defacto operating system for your internet experience, capturing more and more of your personal (and professional life). Facebook is already the platform for 2 major recruitment networks – Branchout and BeKnown (like LinkedIn, but on Facebook). They want to own this space.

The big takeways from Facebook?  Mobile recruitment is critical, and will be a gamechanger. And he imagines a future where people are recruited based on who they are as a person (based, of course, on information shared in their Facebook timeline), rather than a job title.  More on this interesting (controversial?) concept in future posts.

Candidates are increasingly relying on social networks to access job opportunities.  Candidates today (GenY?) are a social and proactive bunch. We heard from a number of people who’d used social media to help their own job search. In a few cases, this was after they had been rejected through traditional channels.

The lesson for employers? You better be watching all channels if you want to attract the best talent. Fewer and fewer good candidates are hanging out on job boards applying directly to advertised roles. They’re blogging, tweeting, active in online communities and professional groups. Employers that don’t go out looking for these candidates will be left behind.

3. Companies ‘ignoring’ social will be left behind

This point was made both for recruitment, but also in general – because in the ‘new social world’ they are one and the same. Employer branding was used as a concept to bring home this point. Companies no longer have control over their employer brand, if they ever did. They are branded by their people.

A big implication for companies when thinking about social media strategy — your first target audience is your employees. Employees are your most important ambassadors in the world of social media. They are also the most powerful ‘tool’ for any company trying to make progress in social recruitment, as they provide reach into social networks.

So, the key message for the day:  Companies that ignore social will be left behind. It’s already happening in many industries. Can you see it happening in your’s?

An obvious next question is ‘where to start’? For many companies, social media can be a scary concept, particularly if it’s a new area.

The good news, according to experts on the day:  Building a social company is 90% psychology, and 10% technology.  Reading articles and ideas like this is an important start. We’ll be following up with other links, ideas and suggestions on how to build social into your business – particularly related to recruitment.

Next up… our reflections on the first Recruiting Unconference in Australia (#tru Australia). ‘What the hell is an unconference’??  Don’t worry, we asked the same thing!

5 Simple Total Quality Management Implementation Steps For Employees and Customers
Candidate attraction: finding the needle in a haystack
How to Organise Your Office for Maximum Productivity [Infographic]
How to Stalk Candidates Online so They’ll Never Find Out - Or Will (if you want!)
15 Online Tools Making Recruitment Faster And Cheaper For Any Business
Model Warren Buffett’s Strategy. Hire Based on Strengths.