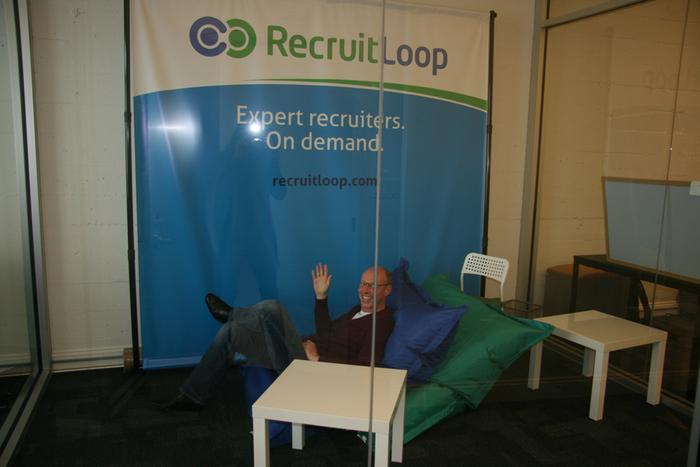 We feel like we’re growing up a bit with the announcement of our new San Francisco headquarters. Until now, we’ve been in coworking spaces both in SydneyÂ and San Francisco. Our experiences at Fishburners and Runway were fantastic, but the crazy collaborative (and often loud) environments were starting to wear on some of us. We were also starting to have some growing pains with the spaces. It was hard to plan for our trips back and forth from AU, and we were also starting to collect lots of stuff, like conference banners and rubber band guns, that was tough to store in wide open spaces.

Looking for startup-priced and styled office space in San Francisco, however, was super challenging. I probably visited 30 different spaces, and I dragged my team to at least 15 of them. We saw all sorts of coworking arrangements, exorbitant private offices, and the occasional frightening place that smelled of raw sewage. San Francisco office space is at a huge premium at the moment.

In the end, though, we found a space that was about as perfect as we could get for a team with widely varying requirements. Our landlords love Australia, which helped us get something we could afford in a place that didn’t make anyone’s commute royally suck (or become dangerous).

We’re stoked to announce that our new headquarters are at 466 8th St., Suite 102 in San Francisco.

We needed a few different rooms so that our developers and salespeople didn’t decide to have rubber band gun shootouts at 10 paces, but we also wanted natural light. Three glass offices = perfect! We put our growth team in the big front room, our developers in the 2nd biggest room, and we even have room for beanbags in the middle (essential for our Head of Growth’s creative process, she claims).

Behind the offices, we have a big shared space that we’re still working on decorating, but we have hopes for a couch and a videoconferencing setup to make our cross-continent meetings easier. The shared space has a well-stocked kitchen (well, if tea, almonds, beer, and wine = well-stocked), and we’re slowly populating the appliances.

If you’re in the neighborhood, stop by! We’d love to see you.

Feelin’ The Vibe: 4 Life Hacks For Conducting Better Interviews
5 Ways to Create an Attractive Company Culture
How to Manage Staff Expectations Around Promotions
How to Have Tough and Courageous Conversations With Your Employees
Why I Love Hiring Working Mothers
5 Signs Poor Management is Ruining Employee Retention