Enbridge Inc. is a Canadian multinational energy transportation company based in Calgary, Alberta. It focuses on the transportation, distribution and generation of energy, primarily in North America. As a transporter of energy, Enbridge operates in Canada and the United States, the longest crude oil and liquid hydrocarbons transportation system in North America. As a distributor of various fuels, it owns and operates Canada's largest natural gas distribution network, providing distribution services in Ontario, Quebec, New Brunswick and New York State.
The staff at Enbridge come from unusually diverse demographic backgrounds. The company is 19.8% female and 40.0% ethnic minorities. Enbridge employees are more likely to be members of the Republican Party than the Democratic Party, with 57.1% of employees identifying as members of the Republican Party. But those numbers could change quickly because the turnover rate at Enbridge is relatively high. Employees at Enbridge stay with the company for an average of 2.3 years before leaving.
A large energy company with 1,000 employees and an annual revenue of $209.5M, Enbridge is headquartered in the United States.

The team at Enbridge

Key People
The Culture At Enbridge
Information provided by the company
A passion to learn about the Oil and Gas Business.

What do people say about Enbridge

On average, employees at Enbridge stay with the company for 2.3 years. Employees most commonly join Enbridge after leaving Chesapeake Energy. When they leave Enbridge, they most frequently get their next job at Precision Pipeline.

Do you Work At Enbridge? 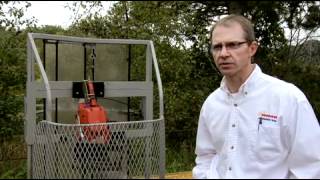 8.0
Performance Score
We calculated the performance score of companies by measuring multiple factors, including revenue, longevity, and stock market performance.

How Would You Rate The Company Culture Of Enbridge?

Have you worked at Enbridge? Help other job seekers by rating Enbridge.

When was Enbridge founded?

How many Employees does Enbridge have?

How much money does Enbridge make?

What industry is Enbridge in?

Enbridge is in the oil and gas industry.

What type of company is Enbridge?

Enbridge is a public company.

Who are Enbridge's competitors?

Who works at Enbridge?

Are you an executive, HR leader, or brand manager at Enbridge?

You can find out what it is like to work at Enbridge, also known as ENBRIDGE INC, Enbridge and Enbridge Inc..

Zippia gives an in-depth look into the details of Enbridge, including salaries, political affiliations, employee data, and more, in order to inform job seekers about Enbridge. The employee data is based on information from people who have self-reported their past or current employments at Enbridge. While we have made attempts to ensure that the information displayed are correct, Zippia is not responsible for any errors or omissions, or for the results obtained from the use of this information. The data presented on this page does not represent the view of Enbridge and its employees or that of Zippia.