What is an Energy Auditor?

What Does an Energy Auditor Do

There are certain skills that many energy auditors have in order to accomplish their responsibilities. By taking a look through resumes, we were able to narrow down the most common skills for a person in this position. We discovered that a lot of resumes listed customer-service skills, physical stamina and self-confidence.

Learn more about what an Energy Auditor does

How To Become an Energy Auditor

In addition to switching up your job search, it might prove helpful to look at a career path for your specific job. Now, what's a career path you ask? Well, it's practically a map that shows how you might advance from one job title to another. Our career paths are especially detailed with salary changes. So, for example, if you started out with the role of technician you might progress to a role such as team leader eventually. Later on in your career, you could end up with the title contract project manager.

Average Salary for an Energy Auditor

States With The Most Energy Auditor Jobs

Mouse over a state to see the number of active energy auditor jobs in each state. The darker areas on the map show where energy auditors earn the highest salaries across all 50 states.

Top Skills For an Energy Auditor

The skills section on your resume can be almost as important as the experience section, so you want it to be an accurate portrayal of what you can do. Luckily, we've found all of the skills you'll need so even if you don't have these skills yet, you know what you need to work on. Out of all the resumes we looked through, 24.1% of energy auditors listed audit reports on their resume, but soft skills such as customer-service skills and physical stamina are important as well.

Zippia allows you to choose from different easy-to-use Energy Auditor templates, and provides you with expert advice. Using the templates, you can rest assured that the structure and format of your Energy Auditor resume is top notch. Choose a template with the colors, fonts & text sizes that are appropriate for your industry.

Online Courses For Energy Auditor That You May Like

Advertising Disclosure  The courses listed below are affiliate links. This means if you click on the link and purchase the course, we may receive a commission.
Energy Production, Distribution & Safety

This specialization provides introductory knowledge about the energy industry and associated career opportunities, whether you are interested in a utility technician or utility worker role, or emerging green energy solutions. It is intended for those considering a career in the field, and people already working in the industry who have less than three years of experience and have not completed similar training. Through four courses, learners receive an overview of electric power systems,...

This course is designed to introduce students to the issues of energy in the 21st century – including food and fuels – which are inseparably linked – and will discuss energy production and utilization from the biology, engineering, economics, climate science, and social science perspectives. This course will cover the current production and utilization of energy, as well as the consequences of this use, examining finite fossil energy reserves, how food and energy are linked, impacts on the...

View Details on Coursera
Safety in the Utility Industry

This course arms you with basic utility industry safety knowledge. You will be educated about personal protective equipment, fire safety, hazardous materials and their symbols. You will gain insights to recognize the importance of a safe work environment. This course is for individuals considering a career in the energy field (who have a high school diploma, at minimum, and basic knowledge of mathematics), and existing energy sector employees with less than three years of experience who have...

Best States For an Energy Auditor

Some places are better than others when it comes to starting a career as an energy auditor. The best states for people in this position are New Jersey, New York, California, and Alaska. Energy auditors make the most in New Jersey with an average salary of $93,907. Whereas in New York and California, they would average $87,289 and $84,830, respectively. While energy auditors would only make an average of $82,112 in Alaska, you would still make more there than in the rest of the country. We determined these as the best states based on job availability and pay. By finding the median salary, cost of living, and using the Bureau of Labor Statistics' Location Quotient, we narrowed down our list of states to these four.

Total Energy Auditor Jobs: 103
Highest 10% Earn:
$159,000
Location Quotient:
2.19 Location Quotient is a measure used by the Bureau of Labor Statistics (BLS) to determine how concentrated a certain industry is in a single state compared to the nation as a whole. You can read more about how BLS calculates location quotients here

Total Energy Auditor Jobs: 45
Highest 10% Earn:
$146,000
Location Quotient:
1.21 Location Quotient is a measure used by the Bureau of Labor Statistics (BLS) to determine how concentrated a certain industry is in a single state compared to the nation as a whole. You can read more about how BLS calculates location quotients here

View 45 Energy Auditor Jobs In ME

Total Energy Auditor Jobs: 381
Highest 10% Earn:
$156,000
Location Quotient:
1.06 Location Quotient is a measure used by the Bureau of Labor Statistics (BLS) to determine how concentrated a certain industry is in a single state compared to the nation as a whole. You can read more about how BLS calculates location quotients here

How Do Energy Auditor Rate Their Jobs?

Most Common Employers For Energy Auditor 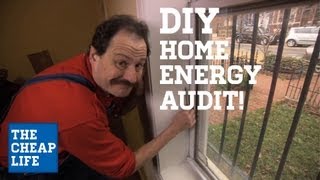 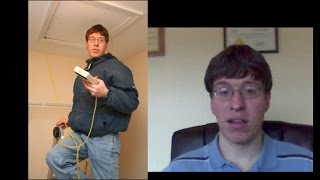 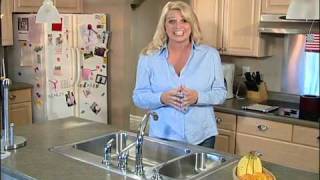