There is more than meets the eye when it comes to being an environmental scientist lead. For example, did you know that they make an average of $56.27 an hour? That's $117,041 a year!

What Does an Environmental Scientist Lead Do

There are certain skills that many environmental scientist leads have in order to accomplish their responsibilities. By taking a look through resumes, we were able to narrow down the most common skills for a person in this position. We discovered that a lot of resumes listed analytical skills, communication skills and problem-solving skills.

How To Become an Environmental Scientist Lead

Environmental Scientist Leads in America make an average salary of $117,041 per year or $56 per hour. The top 10 percent makes over $164,000 per year, while the bottom 10 percent under $83,000 per year.
Average Salary
$117,041
Find Your Salary Estimate
How much should you be earning as an Architect? Use Zippia's Salary Calculator to get an estimation of how much you should be earning.

Online Courses For Environmental Scientist Lead That You May Like

Master One of the Most In-Demand Skills for Data Analysts in 2020!...

Imagine if you had the tools that would galvanize volunteers to protect their local river, inspire politicians to fund restoration activities, or stimulate engineers to devise ways to reduce pollution. Socio-environmental report cards synthesize data from scientists and volunteers and convert it into an image-rich format that is easily accessible to a wide stakeholder audience. Report card grades also tap into a powerful human motivator: peer pressure. Civic leaders and community members can...

Apply your GIS knowledge in this course on geospatial analysis, focusing on analysis tools, 3D data, working with rasters, projections, and environment variables. Through all four weeks of this course, we'll work through a project together - something unique to this course - from project conception, through data retrieval, initial data management and processing, and finally to our analysis products. In this class you will learn the fundamentals of geospatial and environmental analysis during fou...

The skills section on your resume can be almost as important as the experience section, so you want it to be an accurate portrayal of what you can do. Luckily, we've found all of the skills you'll need so even if you don't have these skills yet, you know what you need to work on. Out of all the resumes we looked through, 35.2% of environmental scientist leads listed water quality on their resume, but soft skills such as analytical skills and communication skills are important as well.

How Do Environmental Scientist Lead Rate Their Jobs? 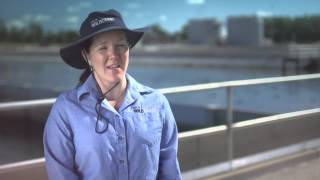 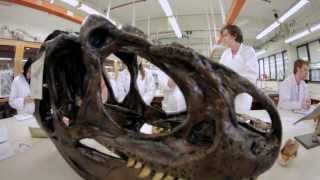