What is an Event Coordinator?

Did someone say they were throwing a party? Because, if they did, then as an event coordinator, you're all over it. Every aspect of the party or event is under your responsibility. You get to research and find the perfect venue. But you also have to stick to the client's budget, which can sometimes put a damper on the planning aspect.

Being an event coordinator is much more than just throwing a party, though. There's some stress you'll need to be prepared for, as you have a budget to stick to and don't forget the date of the event. The job also comes with a lot of research. Some of that will be able to be done through the internet, but you will have to do some in-person research like visiting a venue. So don't expect to just hang around the office every day.

What Does an Event Coordinator Do

There are certain skills that many event coordinators have in order to accomplish their responsibilities. By taking a look through resumes, we were able to narrow down the most common skills for a person in this position. We discovered that a lot of resumes listed communication skills, interpersonal skills and negotiation skills.

Learn more about what an Event Coordinator does

How To Become an Event Coordinator

As you move along in your career, you may start taking on more responsibilities or notice that you've taken on a leadership role. Using our career map, an event coordinator can determine their career goals through the career progression. For example, they could start out with a role such as executive assistant, progress to a title such as manager and then eventually end up with the title group sales manager.

Average Salary for an Event Coordinator

States With The Most Event Coordinator Jobs

Top Skills For an Event Coordinator

The skills section on your resume can be almost as important as the experience section, so you want it to be an accurate portrayal of what you can do. Luckily, we've found all of the skills you'll need so even if you don't have these skills yet, you know what you need to work on. Out of all the resumes we looked through, 23.3% of event coordinators listed customer service on their resume, but soft skills such as communication skills and interpersonal skills are important as well.

Zippia allows you to choose from different easy-to-use Event Coordinator templates, and provides you with expert advice. Using the templates, you can rest assured that the structure and format of your Event Coordinator resume is top notch. Choose a template with the colors, fonts & text sizes that are appropriate for your industry.

Online Courses For Event Coordinator That You May Like

Advertising Disclosure  The courses listed below are affiliate links. This means if you click on the link and purchase the course, we may receive a commission.
Successful Events: Event Planning, Marketing & Management
4.4
(1,412)

View Details on Udemy
How to Throw Events and Attract Corporate Sponsors
4.3
(306)

48 Industry Secrets that Make You More Money and Get More People to Your Events...

Best States For an Event Coordinator

Some places are better than others when it comes to starting a career as an event coordinator. The best states for people in this position are Maine, California, New York, and New Jersey. Event coordinators make the most in Maine with an average salary of $51,139. Whereas in California and New York, they would average $49,149 and $49,042, respectively. While event coordinators would only make an average of $47,444 in New Jersey, you would still make more there than in the rest of the country. We determined these as the best states based on job availability and pay. By finding the median salary, cost of living, and using the Bureau of Labor Statistics' Location Quotient, we narrowed down our list of states to these four.

Total Event Coordinator Jobs:
198
Highest 10% Earn:
$65,000
Location Quotient:
4.35 Location Quotient is a measure used by the Bureau of Labor Statistics (BLS) to determine how concentrated a certain industry is in a single state compared to the nation as a whole. You can read more about how BLS calculates location quotients here

View 198 Event Coordinator Jobs In ME

Total Event Coordinator Jobs:
270
Highest 10% Earn:
$62,000
Location Quotient:
4.01 Location Quotient is a measure used by the Bureau of Labor Statistics (BLS) to determine how concentrated a certain industry is in a single state compared to the nation as a whole. You can read more about how BLS calculates location quotients here

Total Event Coordinator Jobs:
464
Highest 10% Earn:
$66,000
Location Quotient:
1.05 Location Quotient is a measure used by the Bureau of Labor Statistics (BLS) to determine how concentrated a certain industry is in a single state compared to the nation as a whole. You can read more about how BLS calculates location quotients here

How Do Event Coordinator Rate Their Jobs?

What do you like the most about working as Event Coordinator?

Working as an Event Coordinator/Planner is the most exhilarating and ultimately the most rewarding job - at least for me, it is. I have the passion and drive to turn a simple birthday bash into a themed, carnival affair! I love to see the guests faces when they walk through the door to be whisked away into a different era! I enjoy getting to know the client and to understand their vision. Because in the end - if I have done my job correctly as an event planner and the final outcome was successful - then I have done my job to the best of my ability Show More

Most Common Employers For Event Coordinator 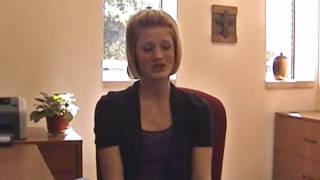 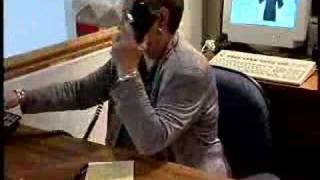 A Day in the Life - Event Planner 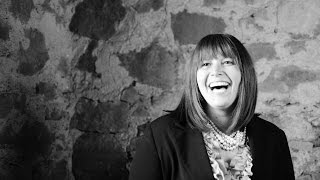 Is Event Planning Right For You?

How Long Does It Take To Become An Event Coordinator?

What Education Do You Need To Be An Event Planner?

There is no specific education you need to be an event planner. However, an associate's or bachelor's degree and relevant certification are highly favored.

What Is The Difference Between An Event Planner And An Event Coordinator?

What Qualifications Do You Need To Be An Event Planner?

What Skills Do You Need To Be An Event Coordinator?

The skills you need to be an event coordinator are leadership, organizational, and creative problem-solving ability. Event coordinators assist event planners with the execution of event design. They are usually responsible for the overall management of the logistics of an event, including seating, setup, and scheduling.

Have more questions? See all answers to common business and financial questions.