What is a Farmer?

Farmers have a really important job. They produce crops, lifestock and dairy products. Sometimes it's just enough to feed their own families, but for career farmers they feed the entire world.

Generally, farmers get by with just a high school diploma, but some get a higher education to learn more about the career. Most of the time farmers are working outside, but there are times where you'll catch them in an office. You can't necessarily coordinate a sale hoeing a row.

What Does a Farmer Do

There are certain skills that many farmers have in order to accomplish their responsibilities. By taking a look through resumes, we were able to narrow down the most common skills for a person in this position. We discovered that a lot of resumes listed analytical skills, mechanical skills and physical strength.

Learn more about what a Farmer does

How To Become a Farmer

If you're interested in becoming a farmer, one of the first things to consider is how much education you need. We've determined that 39.6% of farmers have a bachelor's degree. In terms of higher education levels, we found that 4.0% of farmers have master's degrees. Even though some farmers have a college degree, it's possible to become one with only a high school degree or GED.

As you move along in your career, you may start taking on more responsibilities or notice that you've taken on a leadership role. Using our career map, a farmer can determine their career goals through the career progression. For example, they could start out with a role such as truck driver, progress to a title such as technician and then eventually end up with the title service manager.

Average Salary for a Farmer

Top Skills For a Farmer

The skills section on your resume can be almost as important as the experience section, so you want it to be an accurate portrayal of what you can do. Luckily, we've found all of the skills you'll need so even if you don't have these skills yet, you know what you need to work on. Out of all the resumes we looked through, 19.8% of farmers listed farm equipment on their resume, but soft skills such as analytical skills and mechanical skills are important as well.

Zippia allows you to choose from different easy-to-use Farmer templates, and provides you with expert advice. Using the templates, you can rest assured that the structure and format of your Farmer resume is top notch. Choose a template with the colors, fonts & text sizes that are appropriate for your industry.

Advertising Disclosure  The courses listed below are affiliate links. This means if you click on the link and purchase the course, we may receive a commission.
Sustainable business models: guidance for future farmers

Agri-food systems are among the most important human-environmental production systems that shape our society. Current research on global drivers of change unambiguously demonstrates the role of the food system in the global Sustainable Development Goals (SDGs). Strengthening the position of the farmer has been recognized as one of the key factors for the transition towards more sustainable food systems. In this course, we will explain the current context, problems and opportunities of the value...

Maintaining and troubleshooting sophisticated medical instruments is not an easy task. In order to deliver effective care, the technician requires the knowledge of different aspects of biology and engineering. The different devices work in so many different ways and the literature about repair and troubleshooting is often hard to come by. It can be quite frustrating to search for solutions every time the operator encounters a problem. There is added pressure because the availability of medical...

Best States For a Farmer

Some places are better than others when it comes to starting a career as a farmer. The best states for people in this position are New Jersey, New York, Maine, and Pennsylvania. Farmers make the most in New Jersey with an average salary of $42,771. Whereas in New York and Maine, they would average $42,203 and $39,209, respectively. While farmers would only make an average of $39,170 in Pennsylvania, you would still make more there than in the rest of the country. We determined these as the best states based on job availability and pay. By finding the median salary, cost of living, and using the Bureau of Labor Statistics' Location Quotient, we narrowed down our list of states to these four.

Total Farmer Jobs:
2
Highest 10% Earn:
$79,000
Location Quotient:
0.36 Location Quotient is a measure used by the Bureau of Labor Statistics (BLS) to determine how concentrated a certain industry is in a single state compared to the nation as a whole. You can read more about how BLS calculates location quotients here

Total Farmer Jobs:
0
Highest 10% Earn:
$87,000
Location Quotient:
0 Location Quotient is a measure used by the Bureau of Labor Statistics (BLS) to determine how concentrated a certain industry is in a single state compared to the nation as a whole. You can read more about how BLS calculates location quotients here

Total Farmer Jobs:
2
Highest 10% Earn:
$85,000
Location Quotient:
0.32 Location Quotient is a measure used by the Bureau of Labor Statistics (BLS) to determine how concentrated a certain industry is in a single state compared to the nation as a whole. You can read more about how BLS calculates location quotients here

How Do Farmer Rate Their Jobs?

What do you like the most about working as Farmer?

Fruit Picker. I think that's what i would love and give my best in that area. I am young and i thing that's the right section where young people like me work in that area would be more than okay for me. Show More

What do you like the most about working as Farmer?

Most Common Employers For Farmer 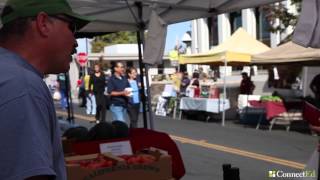 Day in the Life: Organic Farmer