The Culture At Forward

Forward is a startup redesigning the way healthcare is delivered using all the technologies healthcare has neglected such as sensors, mobile, and AI. Forward was founded in January 2016 by former executives and engineering leaders from Google and Uber and led by serial entrepreneur Adrian Aoun. Forward was funded by some of the world's best investors and entrepreneurs including First Round Capital, Eric Schmidt (Google/Alphabet chairman), Marc Benioff (Salesforce founder), Joe Lonsdale (Palantir founder), Joshua Kushner (Oscar co-founder), and Garrett Camp (Uber co-founder).
The staff at Forward come from unusually diverse demographic backgrounds. The company is 45.9% female and 35.8% ethnic minorities. Despite its diversity in other areas, Forward employees are noticeably lacking in political diversity. It has an unusually high proportion of employees who are members of the Democratic Party, at 70.0%. Employees seem to enjoy working in an otherwise diverse workplace that is dominated by members of the Democratic Party. Forward has great employee retention with staff members usually staying with the company for 4.2 years.
Based in Michigan, Forward is a medium-sized internet company with 750 employees and a revenue of $160.0M.

To achieve health equity and secure a fair and just region through leadership, advocacy, and resources.

The hours were long so it was hard to have work/life balance.

They gave us a generous education stipend and free food every week during our meetings.
Anonymous review of Forward

Do you work at Forward? Rate Forward as an Employer.

The Team At Forward

Forward is ranked #51 on the Best Companies to Work For in America list. Zippia's Best Places to Work lists provide unbiased, data-based evaluations of companies. Rankings are based on government and proprietary data on salaries, company financial health, and employee diversity.

Research Summary. Using a database of 30 million profiles, Zippia estimates demographics and statistics for Forward. Our estimates are verified against BLS, Census, and current job openings data for accuracy. After extensive research and analysis, Zippia's data science team found that:

Do you Work At Forward? 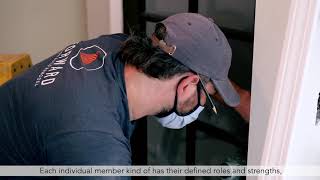 Why Work At Forward 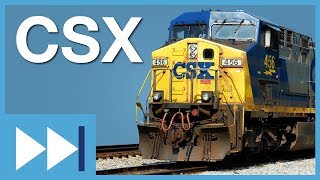 How Would You Rate The Company Culture Of Forward?

Have you worked at Forward? Help other job seekers by rating Forward.

When was Forward founded?

How many Employees does Forward have?

How much money does Forward make?

What industry is Forward in?

Forward is in the internet industry.

What is Forward's mission?

Forward's mission statement is "To achieve health equity and secure a fair and just region through leadership, advocacy, and resources."

What type of company is Forward?

Forward is a private company.

Who are Forward's competitors?

Who works at Forward?

Are You An Executive, HR Leader, Or Brand Manager At Forward?

Most Common Jobs At Forward

Zippia gives an in-depth look into the details of Forward, including salaries, political affiliations, employee data, and more, in order to inform job seekers about Forward. The employee data is based on information from people who have self-reported their past or current employments at Forward. The data on this page is also based on data sources collected from public and open data sources on the Internet and other locations, as well as proprietary data we licensed from other companies. Sources of data may include, but are not limited to, the BLS, company filings, estimates based on those filings, H1B filings, and other public and private datasets. While we have made attempts to ensure that the information displayed are correct, Zippia is not responsible for any errors or omissions or for the results obtained from the use of this information. None of the information on this page has been provided or approved by Forward. The data presented on this page does not represent the view of Forward and its employees or that of Zippia.