What is a Front End Developer?

A front end developer develops websites and applications, using web technologies such as JavaScript, CSS, and HTML which run on open web platforms or act as compilation input for non-web platform environments such as Reactive Native. A front end developer is involved in optimizing the user experience using HTML, CSS, and JavaScript to bring concepts to life, developing and maintaining the user interface, implementing design on mobile websites, and creating tools that improve site interaction regardless of browser. They manage software workflow, follow SEO best practices, and fix bugs and test for usability.

As a front end developer, you should have a proficient understanding of web markup including HTML5 and CSS3, and code versioning tools such as Git, Mercurial, and SVN and a good understanding of SEO principles, and how to ensure that the applications will adhere to them.

They will require a bachelor's or master's degree in computer science, computer engineering, or a related field. On average, they earn $85,635 annually, or $41.17 per hour. Generally speaking, they earn anywhere between $65,000 and $111,000 a year, which means that the ones on the upper end of the spectrum earn $46,000 more than the ones on the lower end.

What Does a Front End Developer Do

There are certain skills that many front end developers have in order to accomplish their responsibilities. By taking a look through resumes, we were able to narrow down the most common skills for a person in this position. We discovered that a lot of resumes listed concentration, customer-service skills and creativity.

Learn more about what a Front End Developer does

How To Become a Front End Developer

As you move along in your career, you may start taking on more responsibilities or notice that you've taken on a leadership role. Using our career map, a front end developer can determine their career goals through the career progression. For example, they could start out with a role such as interactive developer, progress to a title such as developer and then eventually end up with the title chief technology officer.

States With The Most Front End Developer Jobs

The skills section on your resume can be almost as important as the experience section, so you want it to be an accurate portrayal of what you can do. Luckily, we've found all of the skills you'll need so even if you don't have these skills yet, you know what you need to work on. Out of all the resumes we looked through, 10.4% of front end developers listed javascript on their resume, but soft skills such as concentration and customer-service skills are important as well.

Zippia allows you to choose from different easy-to-use Front End Developer templates, and provides you with expert advice. Using the templates, you can rest assured that the structure and format of your Front End Developer resume is top notch. Choose a template with the colors, fonts & text sizes that are appropriate for your industry.

See Program Details
Working at a Start Up Program

Online Courses For Front End Developer That You May Like

Advertising Disclosure  The courses listed below are affiliate links. This means if you click on the link and purchase the course, we may receive a commission.
Learn Complete Front-End Web Development Course (2022)
4.4
(2,239)

You'll learn all the fundamentals of Front-End Web Development and how you can Use them to start creating websites!...

Some places are better than others when it comes to starting a career as a front end developer. The best states for people in this position are California, Washington, Oregon, and Nevada. Front end developers make the most in California with an average salary of $107,914. Whereas in Washington and Oregon, they would average $105,655 and $97,564, respectively. While front end developers would only make an average of $94,156 in Nevada, you would still make more there than in the rest of the country. We determined these as the best states based on job availability and pay. By finding the median salary, cost of living, and using the Bureau of Labor Statistics' Location Quotient, we narrowed down our list of states to these four.

Total Front End Developer Jobs:
3,480
Highest 10% Earn:
$143,000
Location Quotient:
1.76 Location Quotient is a measure used by the Bureau of Labor Statistics (BLS) to determine how concentrated a certain industry is in a single state compared to the nation as a whole. You can read more about how BLS calculates location quotients here

Total Front End Developer Jobs:
9,682
Highest 10% Earn:
$148,000
Location Quotient:
1.22 Location Quotient is a measure used by the Bureau of Labor Statistics (BLS) to determine how concentrated a certain industry is in a single state compared to the nation as a whole. You can read more about how BLS calculates location quotients here

Total Front End Developer Jobs:
1,344
Highest 10% Earn:
$132,000
Location Quotient:
1.2 Location Quotient is a measure used by the Bureau of Labor Statistics (BLS) to determine how concentrated a certain industry is in a single state compared to the nation as a whole. You can read more about how BLS calculates location quotients here

How Do Front End Developer Rate Their Jobs? 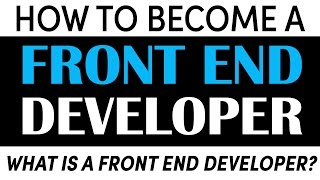 How Hard Is It To Become A Front-end Developer?

How Long Does It Take To Become A Front-end Developer?

Is Front-end Developer A Good Career?

Yes, being a front-end developer is a good career. Front-end developers are paid well and are always in demand. The job offers a lot of flexibility and an opportunity to branch out into other areas.

What Are Front-end Developer Skills?

The skills needed to be a front-end developer include using coding languages to construct web designs.

What Education Do You Need To Be A Front-end Developer?

A web developer creates and builds websites from the ground up and is responsible for both front and backend content, while a front-end developer focuses their efforts solely on outward-facing content.